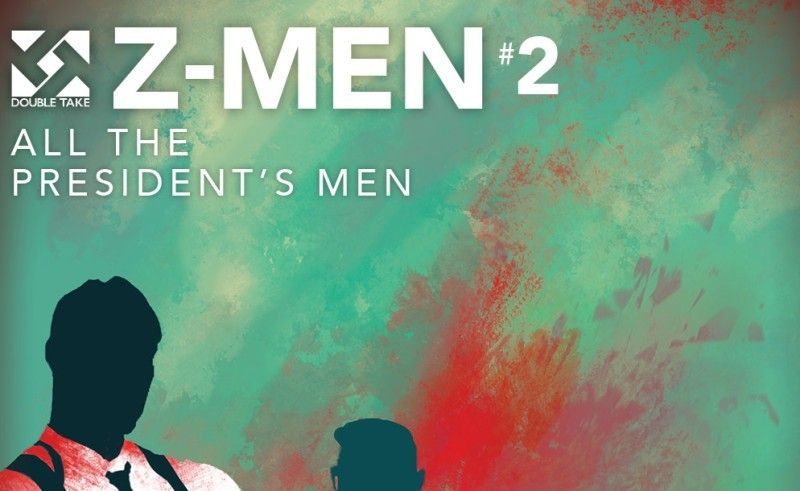 Guys. You need to contribute to the Double Take Kickstarter.  In case you haven’t already noticed, Double Take has launched their own universe, ten new series and ten new first issues, right off the bat. If you haven’t heard about it, you need to seriously catch up.

Need more convincing to pick up Double Take? Check out our first article on their launch!

For those of you who don’t know about it yet, Double Take has launched an original universe, all available at comic book stores and online. The story revolves around a strange phenomenon in Evans County concerning some undead visitors. Sound like something you’re into? Well, definitely pick up all of the first issues or take it slow and buy one individually, see which storyline entices you most.

Want a review on the Double Take’s first issues for MEDIC or HONOR? Check it!

If that wasn’t enough, there’s more good news! For November, you’re going to have a slew of new awesome deals from Double Take for their second issues. In November, you can pick up the second issue single copies at the store, or a Super Pack of all ten for twenty bucks. Not bad, huh?

Learn more about the kickstarter and all their cool deals here!

This deal isn’t just for the fans, it’s also for any retailer and collector! If you’ve gotten the chance to read the first issues of ten storylines from Double Take, make sure you spread the word and let more people know about it. Share the love! You’re not going to want to miss this.

Oh, and one last thing- now is the perfect time to get into Double Take’s shared universe.  They’ve just recently announced that one of their titles, Z-MEN, will be made into a movie!

Seriously, check it out!