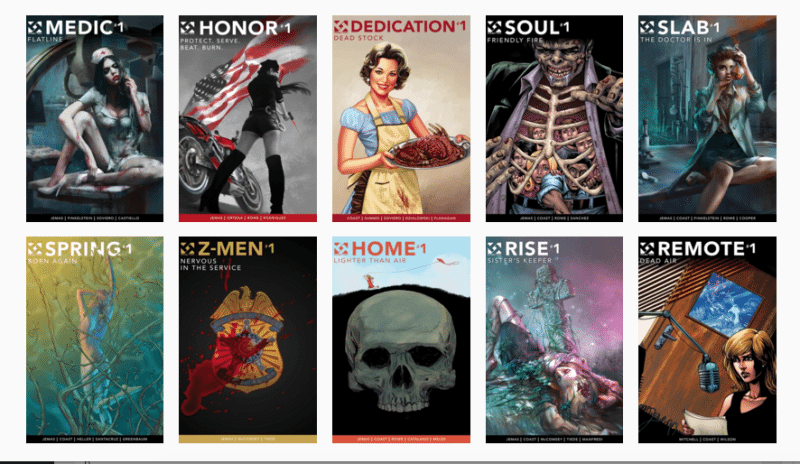 Double Take publishing has announced the release date for their Issue 3 super packs, as well as the individual releases.

Double Take is known for their zombie comics and they use NIGHT OF THE LIVING DEAD as inspiration. They have ten teams of creators, all of whom are creating an original series. Some of these creators are Jeff McComsey (FUBAR), Matthew Summoe (DEDICATION), and Frank Ortega (HONOR), among others.  Z-MEN, one of their 10 current titles, is even set to be made into a movie by Lionsgate!

All of these series are set in Double Take’s new universe, which is inspired, in part, by NIGHT OF THE LIVING DEAD. This is a universe where zombies are the norm and everyone is just trying to live.

Our first 10 stories start in the world established by the 1968 cult classic Night of the Living Dead, then we let our imaginations…and our zombies…run wild. 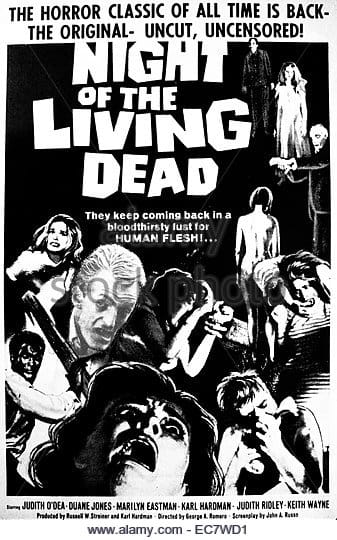 Mostly, our creators are telling new stories starring new characters. But if you love the classic film, you won’t be disappointed; you can follow your favorite characters from the film, from their first appearances through their dying breaths, to their first baby zombie steps… -Double Take’s Kickstarter Page (x)

Their first 20 issues have already taken us past the events of the movie and have twisted our expectations a bit.  They’ve set up for a set of third issues that should really blow us all away.

Double Take has been releasing all issues at once in a big bang, meaning that they release all of the current issues simultaneously. So, the reader can, if they choose, buy all of the issues, but readers can also buy individual issues if they don’t like all of the books.

The super pack costs around $20 for all 10 issues and can be ordered from your local comic store, as well as Barnes and Noble and other retailers.

CLICK: Stop by their website to pick up issues 1 and 2, then hold on tight and wait for issue 3!

You can order issue #3 through a Kickstarter donation!