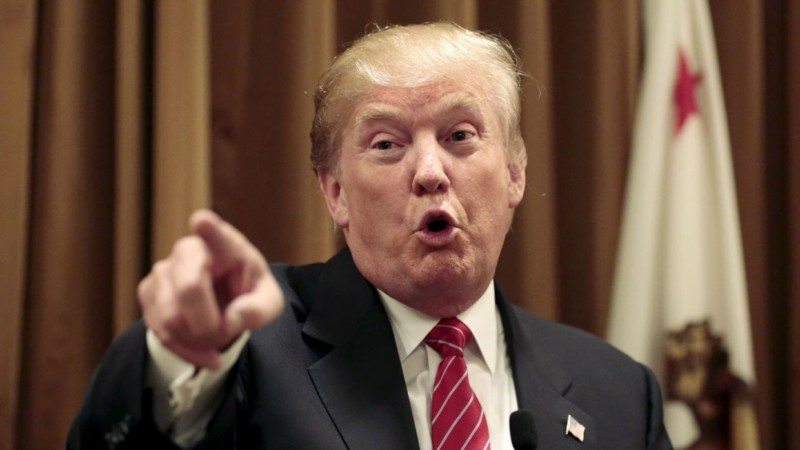 In light of the “lewd” video from 2005 that was released by the Washington Post within the last few weeks – the one where Donald Trump confirms what we already knew about him: that he’s a misogynist who doesn’t understand the basics of consent – it seems relevant to begin a dialogue on the Trump campaign and the problem with the “boys will be boys” argument used to defend lewd remarks and behavior. In case you haven’t seen the video, it is essentially a conversation between the Republican presidential candidate Donald Trump and the former host of ACCESS HOLLYWOOD Billy Bush, where Trump brags about varying degrees of sexual assault as well as describing women in a manner that objectifies and dehumanizes them. He uses phrases like “you can do anything” in reference to the way he believes he can sexually harass and assault women in the entertainment industry. This video leak comes after Trump’s interview with KSNV, a television station out of Las Vegas, where he stated, “There’s nobody that has more respect for women than I do,” a claim he has continued to repeat since. Perhaps the most disturbing part of all of this is not the content of the comments that were made, but the statement that was made in “apology.” In his statement Trump said, “This was locker room banter, a private conversation that took place many years ago.”

In other words, an idiom used to reference crude or sexual jokes/conversations that men are thought to entertain when they are in the presence of other men. In the real world, locker rooms aren’t places where men go to hang out. They are liminal spaces that exist only for people to stop long enough to change and go either into the gym for a sport or out of the gym to go back home. While locker rooms can be places of bonding between team members, the type of bonding that Trump implies happens here is one in which women are objectified and in which stories of sexual assault are celebrated. 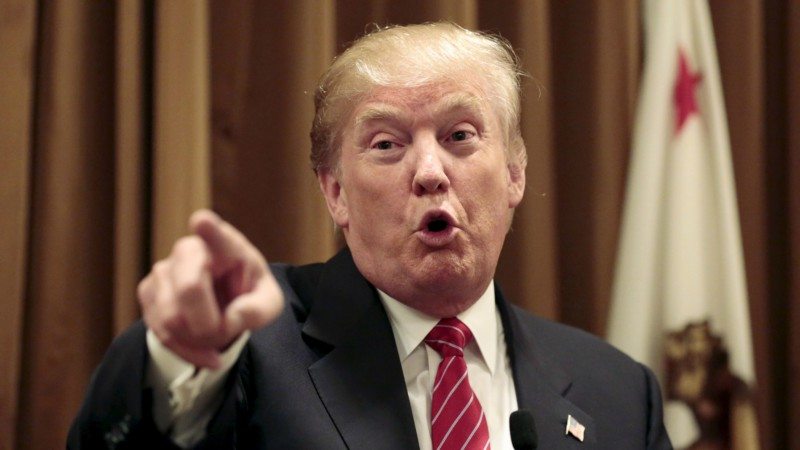 Even Mitt “Binders Full of Women” Romney has pulled his support from Trump in light of these remarks and a failed attempt at an apology, tweeting, “Hitting on married women? Condoning assault? Such vile degradations demean our wives and daughters and corrupt America’s face to the world.” While it’s problematic that women are constantly referred to only in their relation to men as wives and daughters, it speaks volumes that a former Republican nominee will not pledge his support to Trump because of this video and the statement made afterwards.

But this incident begs the question: is this merely a private chat among friends or is it a reflection of the toxic rhetoric surrounding sexual assault and the way our patriarchal society perpetuates the idea of “boys will be boys”? My guess is the latter. The acceptance of “locker room talk” as an excuse for lewd comments and behavior perpetuates a dangerous perception of masculinity and degrades the value of women in society as a whole. Donald Trump, while he isn’t doing women any favors, is a victim of socialized and outdated patriarchal attitudes that persist even in the new-age wave of feminism.

READ: Interested in learning about how Trump’s campaign is spreading? Check out this article!

So what does it mean when we say “boys will be boys”?

It’s a phrase used to dismiss violent, aggressive, and predatory behavior by men while simultaneously diminishing the entire male race down to animals who are physically unable to control themselves. Whether it be shoving one another on the playground, picking on girls in their class, or even sexually assaulting women, this phrase is used as an explanation for all sorts of undesirable behavior. Phrases like “boys will be boys,” or “it was just locker room talk” in the case of Donald Trump, normalize sexual violence and belittle the criminal level of assault. Soraya Chemely of the Huffington Post published an article in May of 2013 where she uses a sort of playground analogy to talk about “boys will be boys” in terms of sexual violence.

She used the example of a boy knocking over a female classmate’s building block castle. After he repeatedly did so and his parents used the “boys will be boys” defense, the young girl began doing everything she could just to avoid him knocking over her castle. She tried building it in different locations, asked him politely not to do it, stood in his way, built the foundation of the castle stronger. Despite her efforts, he knocked down the castle anyway and his parents laughed it off because what little boy wouldn’t want to knock it over? The young girl’s consent didn’t matter. Chemely told this story about her daughter in preschool because she wanted it to be clear that she was teaching a preschooler the very basics of “how to not get raped” without even knowing she was doing so. The parents of the boy never stepped in to tell him not to invade her daughter’s personal space or destroy something she valued.

Like many other women in a higher-education setting, I’ve been exposed to the basics of “how to not get raped” more times than I can count. Yet I’ve never seen propaganda or training sessions dedicated to teaching men not to rape. It places a great deal of responsibility on women to constantly be aware of their surroundings and to dress in a manner that doesn’t invite sexual predators. I’ve been taught to make sure I don’t drink too much if I go to the bar. I’m told to send my friends my exact location if I go on a date because if I get raped, it’s because I wasn’t careful enough; men just “can’t control themselves” when it comes to drunk girls and miniskirts. Saying “boys will be boys” allows men to deny responsibility when it comes to sexual violence, and places a greater responsibility in the hands of women who don’t leave the house with the intention of being assaulted. 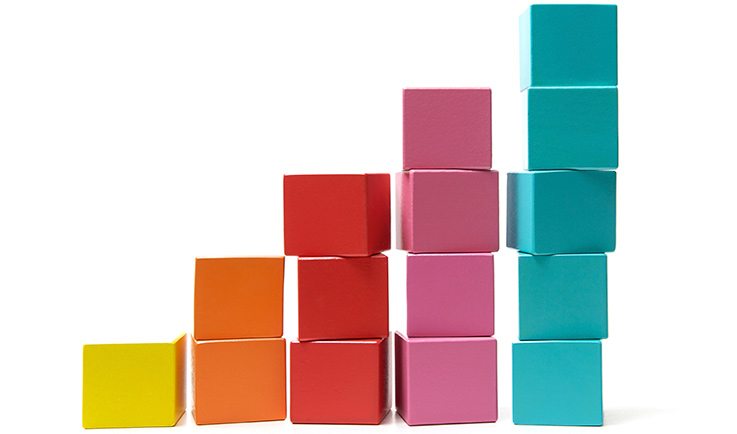 Aside from arguments like this perpetuating rape culture and degrading women, they’re also just as toxic to men. Just like they encourage or condone violence towards women, they also condone violence against other men. Because “boys will be boys” prescribes a very particular type of masculinity, it discounts men who don’t conform to the traditionally masculine behavior defended by the phrase. It implies that they are “lesser” than other men because they’re sensitive or because they don’t express their gender in a way society believes they should. The masculinity this phrase prescribes is one that values strength over empathy, violence over sensitivity, and encourages young boys to play with Hotwheels instead of Barbies. This mentality conditions a thirst for power and dominance under the guise of it being a biological program of being a boy.

However, we know not all boys fit this prescription. Condoning violent behavior and rejecting anything that doesn’t fit the prescription teaches young boys that their interests, if not traditionally masculine, are unacceptable or even shameful. Within the last few weeks, CoverGirl Cosmetics announced their first ever “CoverBoy,” a 17 year-old makeup artist and blogger who identifies as male. For James Charles, being a makeup artist and the new face of a cosmetics company is an absolute dream come true. In an interview with Cosmopolitan magazine, he said his comment section on Instagram used to be “a mess to say the least.” Luckily, he was able to filter out his comment section so many hate comments didn’t make the cut, but he has faced powerful resistance simply for wearing makeup, a traditionally female practice. Hopefully the negativity he ha faced never progresses past words, but there are many other men who are at risk for acts of violence because of their interest in traditionally feminine practices such as makeup or fashion or for just not being violent in general.

By dismissing lewd or violent behavior as a natural facet of masculinity, it turns it into an unstoppable force that women and other men cannot escape because it’s “biologically programmed” into men. This teaches the men who the phrase defends that they are uncontrollable beasts, encouraging them to continue with the violent or aggressive behavior. By dismissing violence as a biological program, boys aren’t given the opportunity to develop the skills they need to deal with strong emotions like anger and frustration. By expecting them to punch a hole in a wall or beat up on a punching bag or even one of their classmates out in the schoolyard, there is no room for personal growth and development. There’s no emphasis on teaching them verbal skills to properly express their emotions or ask for emotional support. This creates a cycle where men don’t have the proper skills to express themselves and pass it on to their sons or other men in their lives. This leaves very little room for progress.

READ: Interested in learning how colleges are combating sexual assault? Check out this article!

Now, it might ring true that Trump’s comments were merely “just talk” but if the slew of sexual assault allegations that have followed are any indication, his “locker room talk” has extended past his metaphorical locker room. Even outside of his presidential campaign, the “boys will be boys” argument is outdated and, quite frankly, weak. It dismisses undesirable behavior based on gender alone and presents a prescription for masculinity that condones violence and a lack of emotional competency. It doesn’t give boys the skills they need to develop positive relationships and communication. I’d like to make it clear that I do not believe all misbehaved young boys will turn out to be rapists or criminals. However, I do think we could be a bit more productive when it comes to addressing behavior in men and boys that perpetuates an idea that they are allowed inalienable rights to a woman’s body or to degrading women because “boys will be boys.”