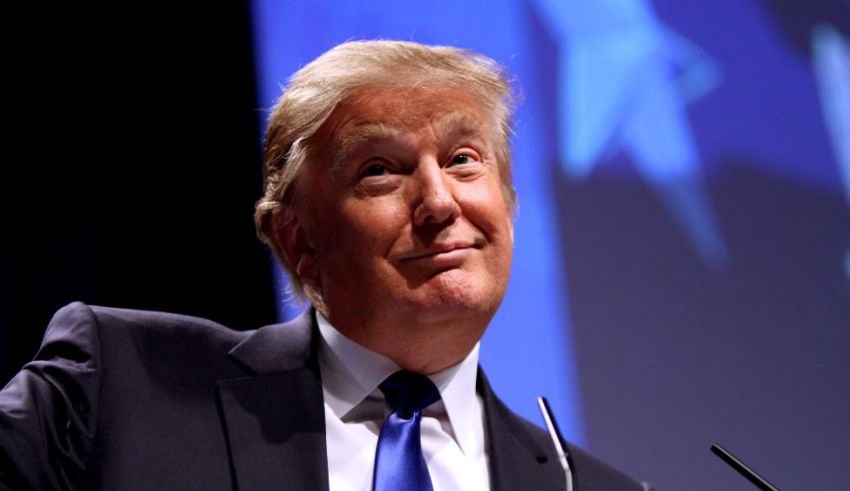 Earlier this summer, Republican presidential nominee Donald Trump tweeted out a blatantly anti-Semitic image of his Democratic competitor Hillary Clinton. The post featured Clinton’s face superimposed over a massive pile out of money, and beside it, a Star of David emblazoned with the words “Most Corrupt Candidate Ever!”

Trump’s social media team quickly replaced the image to eliminate the Jewish symbol — which they claimed was a “sheriff’s star” either way — but the damage was done. Soon after, an investigation on Mic found the image had circulated on a racist Twitter account named @FishBoneHead1 as well as 8chan’s /pol/, one of the Western web’s most active neo-Nazi sites.

The real estate billionaire had veered into openly racist territory before, advocating for the ban of all Muslims from the country and retweeting neo-Nazi infographics citing made-up statistics on black crime. But the Star of David meme hit a nerve. It seemed to confirm ties between Trump and actual white supremacists were not just coincidences. It was now a pattern.

Theme at Trump events: Have local leader who is later identified as “proud white nationalist” give an intro speech https://t.co/F5IA71UJUt

@washingtonpost It should surprise no one that the Trump brand is being proudly used by racists. He has condoned violence and the KKK.

READ: Why ignorance is not bliss! How Remain caused Brexit.

When racist or offensive material ended up on Trump’s Twitter account before, he often turned to his favorite excuse: It was nothing more than harmless “retweets.” Think of it as the presidential politics equivalent of hitting forward on a racist chain email, except when the GOP candidate does it, it’s forwarded to his nearly 11 million individual Twitter followers. And as evidence mounted this year Trump would pass pretty much anything on to those millions of followers – say, such as getting trolled by Gawker into passing on quotes from fascist dictator Benito Mussolini – two things have become pretty clear.

One is that Trump really is so casually racist he will say or advocate anything. But the other is that he has an extremely tenuous grasp on basic, fundamental tenets of modern politics. Having no filter, it may just be the /pol/ users of the world have realized they can use Trump to amplify their voice.

Man, @kdrum was right, Trump has no idea how bad it will get for him. Maybe now sensing it. No one deserves it more. https://t.co/7tr5NwbZie

Candidates who are ideological racists often downplay their ties to organized white supremacy, knowing the politics of the racialist movement are unpalatable to the broader electorate. Even David Duke, the former KKK Grand Wizard who ran a successful race for the Louisiana State House in 1989, tried to downplay his ties to organized hate groups in that election. Running as “an anti-tax, anti-busing Republican, Duke toned down his anti-Semitism and dodged questions about his neo-Nazi and Klan past,” according to the Southern Poverty Law Center, a nonprofit which tracks hate groups. In subsequent runs for Senate and the Louisiana governorship, Duke tried but failed to do the same thing.

Not only does the candidate make little effort to hide his views on minorities, women and Muslims, among others, he often seems completely out of touch with how those views might be interpreted by the greater public — including an increasing share of his own party.

In new Siena College poll of NY, Trump is getting just 55 percent of Republicans' support. That is a staggeringly low number.

Redder the state the farther Trump is running behind Romney

The candidate seemed somewhat confused on what to do when asked to disavow Duke earlier this year, and at other times he has seemed caught off guard at the reaction to racist Twitter posts he sends out to his followers. For example, asked to denounce the neo-Nazi infographic by conservative Fox News host Bill O’Reilly, Trump stammered about how it wasn’t his responsibility to check the veracity of everything he sends out before trailing off into a justification involving “radio shows.”

An October New York Times article on Trump’s supposed mastery of Twitter noted the site’s allure to Trump, but also documented the candidate’s patently unfamiliar, gee-whiz attitude to the site. “Look at this,” Trump told the paper of his unending stream of retweets. “So this is eight seconds ago. See that? That’s eight seconds ago these tweets came in. How can you do better than that?”

But by May, it was becoming clear Trump mistook retweets and mentions for political strength, neglecting key campaign operations like building a get-out-the-vote operation while doubling down on the Twitter echo chamber. It is uniquely dumb to gauge the success of a political campaign based on how many people are talking on Twitter about it.

In other words, not only is Trump a racist, he’s a particularly stupid racist, unable to operate effectively in the political context he thinks himself a master of. Duke was a dangerous political operative. But Trump is just a loud, stupid mouthpiece, like all those racist relatives forwarding racist chain emails.

A fascinating Fortune study from earlier this year revealed a full 67.5% of influencers in Twitter’s #WhiteGenocide community follow Trump on Twitter. Another from Little Bird found 62% of the users Trump retweeted in one week follow at least 3 other accounts who had used the #WhiteGenocide hashtag recently. The candidate is happy to pander to these racists, but it’s genuinely unclear whether he understands they stand to gain much more from him than the other way around.

They get access to a prominent public advocate, as well as increased traffic (and thereby money) to websites like Stormfront. Trump gets dragged. As someone who seems unable of genuine self-reflection, let alone course correction, Trump is steadfastly refusing to acknowledge he is the one left holding the bag.

as it becomes clearer and clearer that Trump is going to lose by a big margin, he's gonna get more and more crazy. this is gonna rule

For example, recent posts on Daily Stormer, a neo-Nazi website, have loudly proclaimed how “Now Trump Is Just Straight Trolling These Jews,” “Nevermind the Jewish Noise Machine —Trump Isn’t Losing,” and in response to the Brexit vote, “Our Glorious Leader Hails the Glorious Victory of Our Glorious Cousins!” At Stormfront, the U.S. web’s biggest white nationalist community, one 23-page thread titled “Cuckservatives: Trump’s White Nationalist Fans Discredit His Candidacy” was filled with comments about how Trump has provided fascists with their most visible window into public discourse in decades.

On Wednesday, Trump bucked any idea he was interested in changing his approach, hiring the head of right-wing site Breitbart News, Stephen Bannon, to run his campaign.

Yet as the neo-Nazis and racists of the web get their laughs, Trump has tanked in the polls and seems to be on the verge of provoking his Republican colleagues into the nuclear option.

It’s often joked Trump is a comments section running for president. But as this election drags on, the joke might explain more about his campaign than anything else.