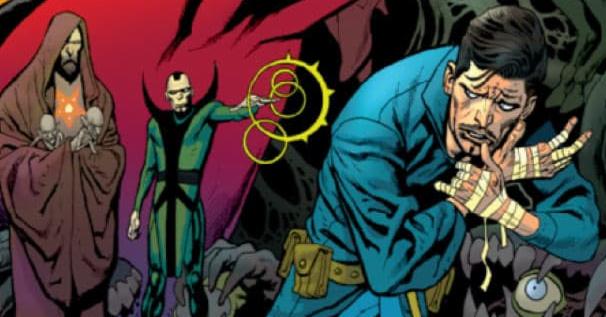 Writer Jason Aaron and artist Chris Bachalo continue to reintroduce the DOCTOR STRANGE rogues gallery through the second chapter of the “Blood in the Aether” storyline, “The Night of Four Billion Nightmares.” In this exciting issue, the Sorcerer Supreme escapes from the clutches of his nemesis, Baron Mordo, only to fall straight into the Realm of Dreams where Nightmare forces Doctor Strange to face the darkest echoes of his subconscious. 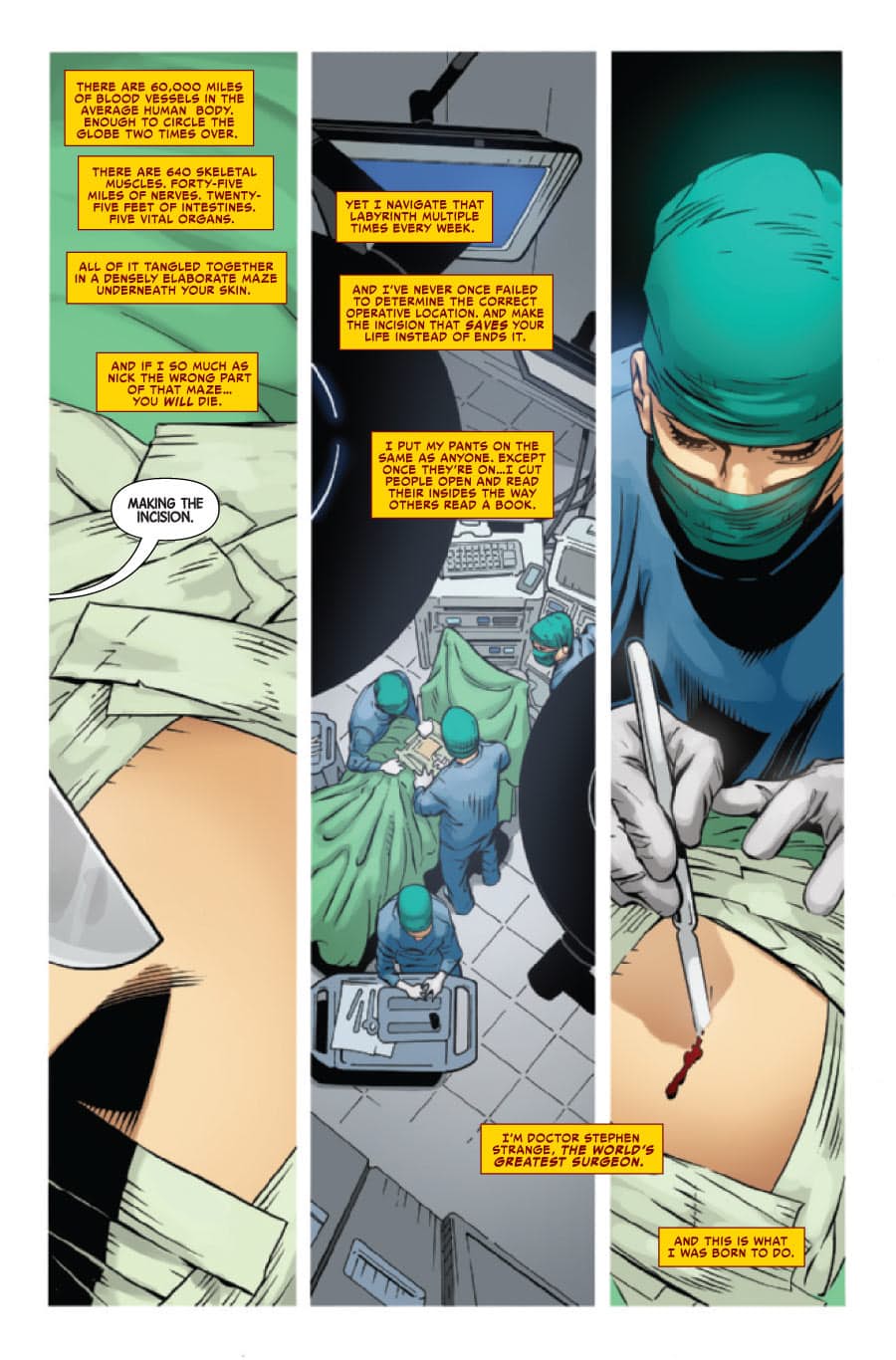 Nightmare sends Doctor Strange through a special kind of bad dream: one of insecurity and shame. Strange is tempted into believing he has returned to his previous life before the accident that destroyed his medical career: a life full of superiority, wealth, fast cars and beautiful women. It’s clear that Strange may fall victim to Nightmare’s trap and end up reliving his horrific accident, despite his humiliation over his lifestyle before he learned of the mystic arts. With the help of his friends Wong and Zelda, who enter his dreams armed with the memories of his current life, he’s reminded of his former self’s egotism and escapes into the Dream Realm where a showdown with Nightmare awaits him. 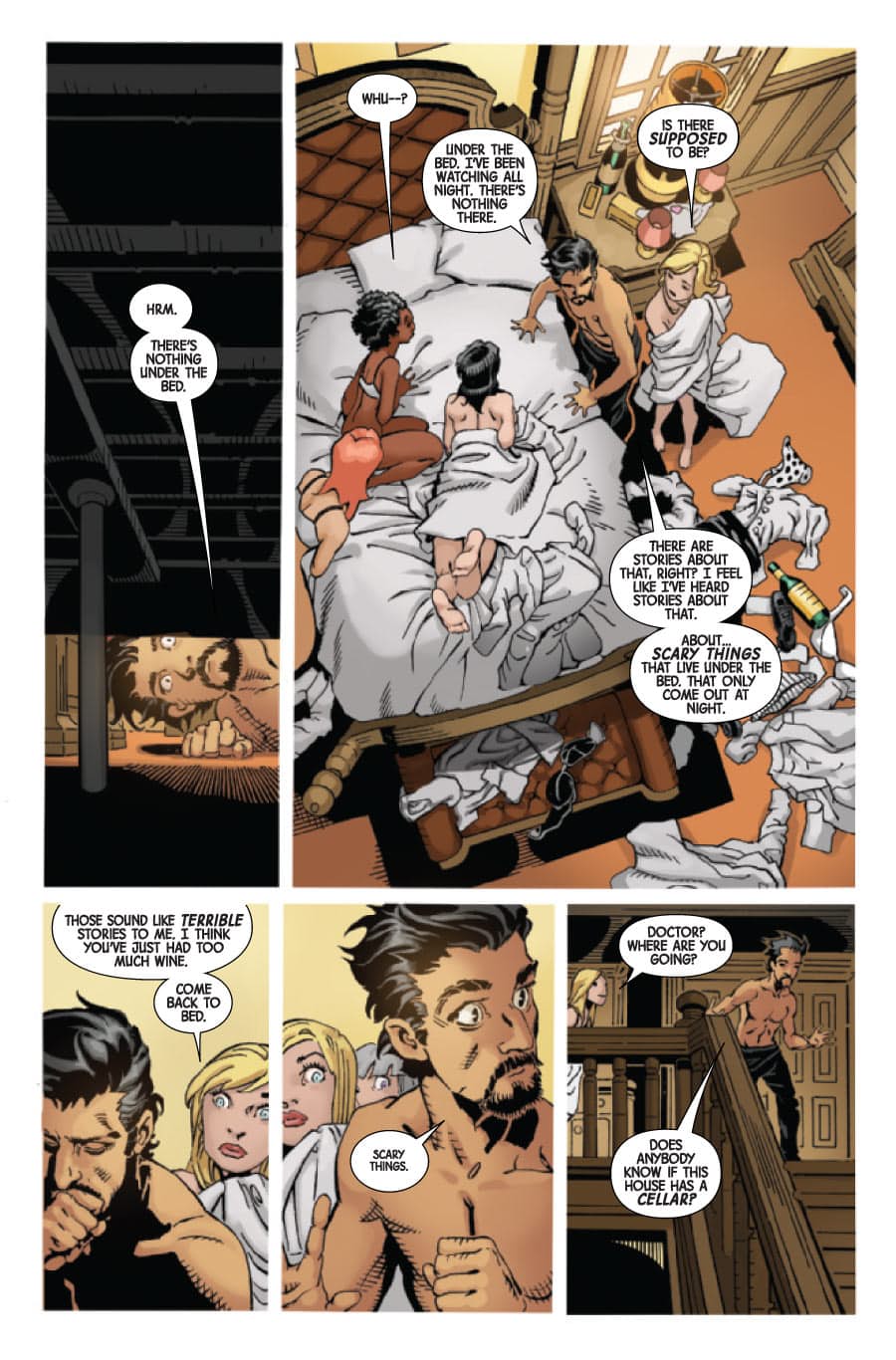 This use of Strange’s past has been just as efficient as the previous narrative choices made in this new run of DOCTOR STRANGE. It nicely ties together the theme of self-doubt seen throughout the series, exposing Strange’s insecurities over the arrogance and greed of his past life. The overall sequence is one of the subversions of flashback that the series has utilized so far and gives revealing insight into Strange before he was the Sorcerer Supreme.

Strange’s battle of wits with Nightmare is also well executed. Although not as wild as some of the battles he’s faced so far, it is still fun and original. Through this battle with Nightmare, Aaron continues to highlight not only Strange’s inventive abilities, but also his willingness to make painful sacrifices to protect the world. Not to mention it more than lives up to the eerie promise of the foreshadowing provided by the title “The Night of Four Billion Nightmares.” It’s one of the most quietly impressive set pieces of Aaron and Bachalo’s series so far.

While the plot and characterization of this issue are rock solid, the art falters slightly when compared to previous issues. Doctor Strange has always been a comic that succeeds most when the art style is risky and fantastical, and the relatively bland style of Strange’s dream seems like a step down from the amazingly trippy art that’s dominated the majority of the series. Even “normal” scenes in previous issues seemed more stylish than this. However, it’s more than likely a choice to play up the shift in style when Strange returns to the Dream Realm, yet another magnificently drawn environment the series offers.

Despite some of the less inspired artistic choices, “The Night of Four Billion Nightmares” is another great issue in Doctor Strange’s wonderfully weird new run. It continues to flesh out the Sorcerer Supreme’s characterization with nuance, all while offering some memorable showdowns. Hopefully the excellence of the return of the rogues gallery will continue in the next issue, where Strange will face off against the Devil’s daughter herself, Satana!