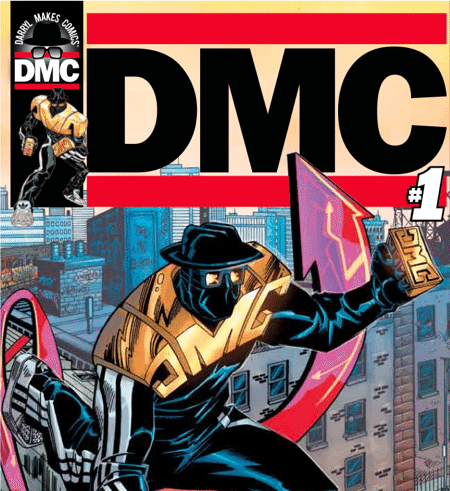 DMC #1 is finally here, and while it doesn’t do anything particularly new with the superhero genre, what it does do is done with style and heart to spare.

Crime is on the rise, and people are scared. Some of them are fighting back, but it may not be clear who exactly they’re fighting for. But one reporter is on the trail of a man who seems to keep putting himself between the helpless and the harmful, a man only known as DMC…

It’s tempting to say that DMC #1 is just style over substance, but that overestimates the gap between the two. While DMC has plenty of style, it has substance, too–just not enough to feel balanced. DMC’s style and its form is top-notch. The structure, the artwork, the colors, the layouts–all of it is clear evidence of a strong collaboration between artists with one common goal. That alone is laudable. Darryl “DMC” McDaniels, more popularly known as a member of the legendary hip-hop group Run-DMC, speaks with such passion about the project, it’s easy to see how eager artists would be to get in on the action. In fact, so many artists worked on this project that it would have been unwieldy to list them all above, so check out the credits page: 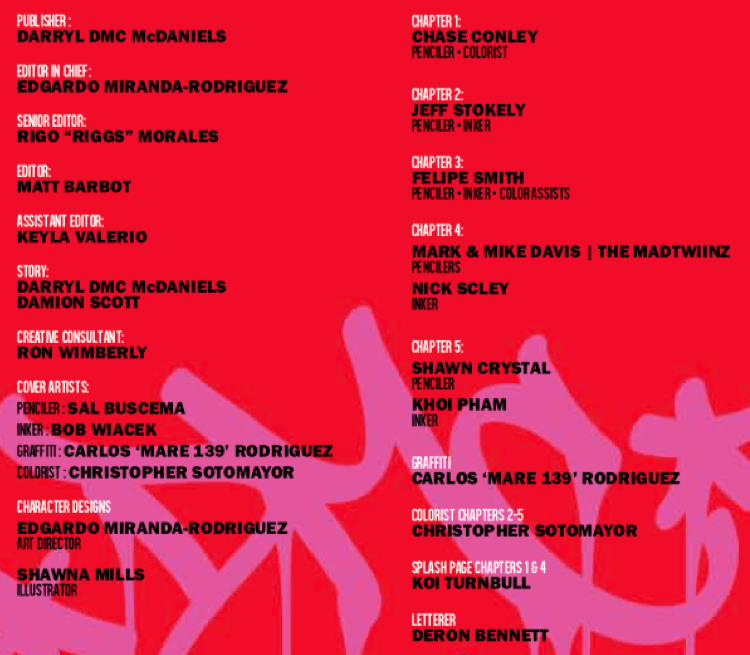 WATCH: our interview with DMC at this year’s Special Edition: NYC. Trust me, you don’t wanna miss it!

The narrative structure of DMC #1–a collection of stories about the title character told from the perspective of characters who aren’t the title character–isn’t a new conceit, but it’s a bold choice for a first issue in which we meet the character for the first time. Oftentimes, stories with this structure serve to heighten the reputation of the character at their center and rely heavily upon the reader knowing the character so well that when he or she does appear, we’re rewarded for being in the know, getting to think, “Yup, we know. We know that’s how it was supposed to go down” (or in some cases, how it’s not supposed to go down).

What happens here is that we learn about DMC first through what he means, then through what he does, and very, very, very little about who he is. It makes him an immediately intriguing figure, very like Batman, striking from the shadows, gone just as quickly as he arrived. Most importantly, however, we meet DMC through the people he’s protecting. We learn about the world he’s protecting what’s at stake. By the time the final page turns, and we learn DMC’s true power, he’s acting in a world that feels known, that feels lived-in, making his actions that much more significant. 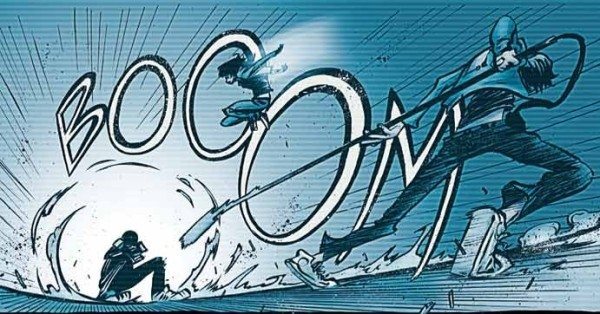 On top of that, the different narrators provide a very easy and indisputable excuse to switch up the art styles from story to story. The brilliance of what happens on the pages of DMC, however, is that the styles are at once unique and of the same world. They all possess their own color and design aesthetic, but are anchored by consistent character designs and a flow and movement that make it all seem slick and physically the same. In fact, it often feels like it’s all unfolding in frozen frames from a cartoon like Samurai Champloo (appropriate considering that series’ ties to hip-hop). What you get is a visual experience at once fresh, and familiar–a difficult balancing act, and one, unfortunately, that the writing doesn’t perform as well.

READ: Love crossovers? Check out our latest review of the awesome TV-turned-comic series JEM AND THE HOLOGRAMS!

It’s a solid choice to set the series in the 80s–well, aesthetically, culturally, and stylistically in the 80s. It’s worth noting–and another testament to the art and design–that never once does the issue explicitly state that it takes place in the 80s. With the break dancing, leg warmers, kung fu, and the Michael Jackson posters, however, it’s hard to say it’s any other time. Setting it there also allows enough narrative distance for the audience to feel, again, both the familiar and the foreign, projecting their thoughts onto the proceedings. 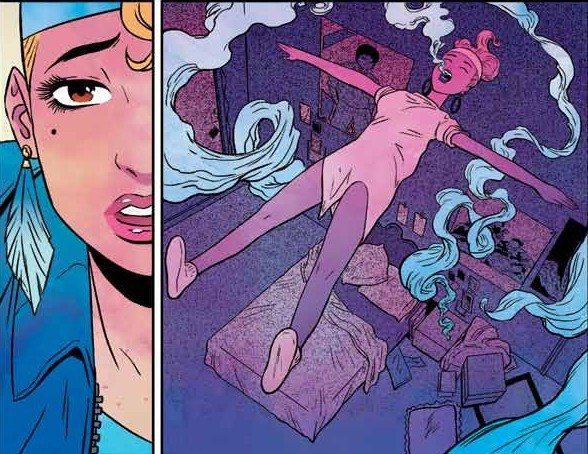 The thing is that although the thematic elements of the stories are so obvious that the audience doesn’t have much thematic work to do. DMC defeats a racist, an abusive partner, a homophobe–people that are clearly bad. There are opportunities for nuanced social discussion, but those are quickly sacrificed for another fight scene. What it does well, however, is establish personal nuance–specifically, and refreshingly, in its female characters. The greatest example is Angelique, former girlfriend of the above-mentioned abusive partner. She could have very easily been another victim who needed saving by a man, but by the time DMC steps in, Angelique has already made the choice to do the right thing for herself and her unborn child. DMC just provided her aid while she was acting on her own agency–he didn’t give her her agency altogether. 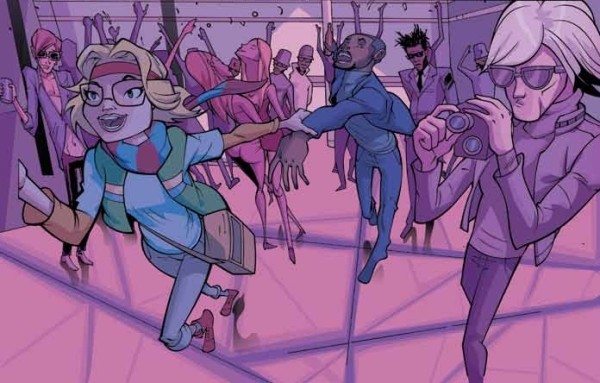 It’s not until the end that we get a sense of a greater narrative arc for DMC and his fight to protect the people of his neighborhood, and once that happens, the villain strikes an obvious note. One would think that with that and the almost After-School-Special thematic tones, it would be easy to write DMC (the book, not the character) off–but it’s not. Not even close. No, those flaws read more as superficial than fundamental, the struggle of a new book finding direction or simply making a choice to not find direction. I think it’s a mix of the two, and once DMC settles on its audience, and its tone, it could be very, very strong.

Given all that, DMC #1 deftly creates its world, introduces us to its characters, and gives us a clearly defined point of view. All of it is constructed so well and so engagingly that you can forgive some thematic clunkiness and awkward dialogue. DMC, the creator, not the character, made it clear (in the interview above) that this wasn’t just another business venture by an artist looking to diversify his portfolio; comic books are close to his heart, and he’s passionate about putting out a good comic. With DMC #1, it shows.