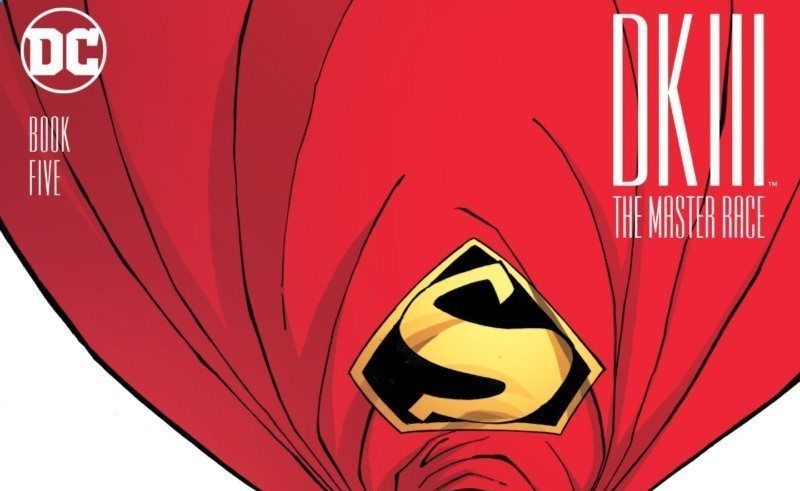 DARK KNIGHT III: THE MASTER RACE has been a successful comic in terms of sales and a mixed bag in terms of criticism. A large team of creators—Brian Azzarello, Frank Miller, Klaus Jansen, and Andy Kubert—helped bring us issue five of the saga, and the big theme is fear. What do you think Batman thinks of it?

READ: Check out our review of DARK KNIGHT III: THE MASTER RACE #4!

This issue is all over the place. It’s like a summer blockbuster flick: The action and story might be fun, but do they have solid craftsmanship and a well-written story? DARK KNIGHT III #5 is good—until the messy tie-in. The tie-in sours the rest of the issue, but the series seems to be in okay shape, especially for Miller fans. Batman is as stubborn as ever, and this time, he has friends—lots of them! 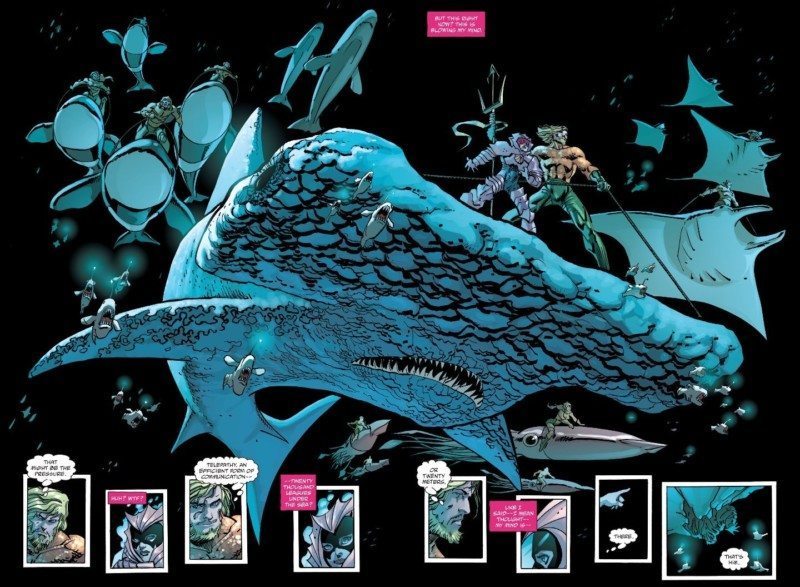 Batgirl, Aquaman, and Flash all converge to help Batman defy Quar and his hoard of Kandorians. Quar is demanding Batman submit, and Gotham complies, as a series of his members have been suicide bombing various places around the world. Wonder Woman also pops up to make her thoughts known on the matter and before Batman rolls through in his bat-tank, we see Aquaman and Batgirl on a mission to free Superman from his encasement of anti-matter. For the most part, the main story is plugging along just fine.

For me, the Lara and Baal tie-in is the problem. The art is definitely unusual, but I’d be fine with the experimentation if it wasn’t so inconsistent. Some lines are thick and clear, but most are very scratchy. Different is fine, this is something else. The characterization has me flustered, too. Lara is very confused. She has no problem practically killing her own father, but innocent humans should be spared? Her morals and goals seem to conflict. The romance that erupts between her and Baal also seems unnecessary and weird. It’s not essential to the story. She’s already on team Quar, and adding more conflict in this perplexing character just seems off. 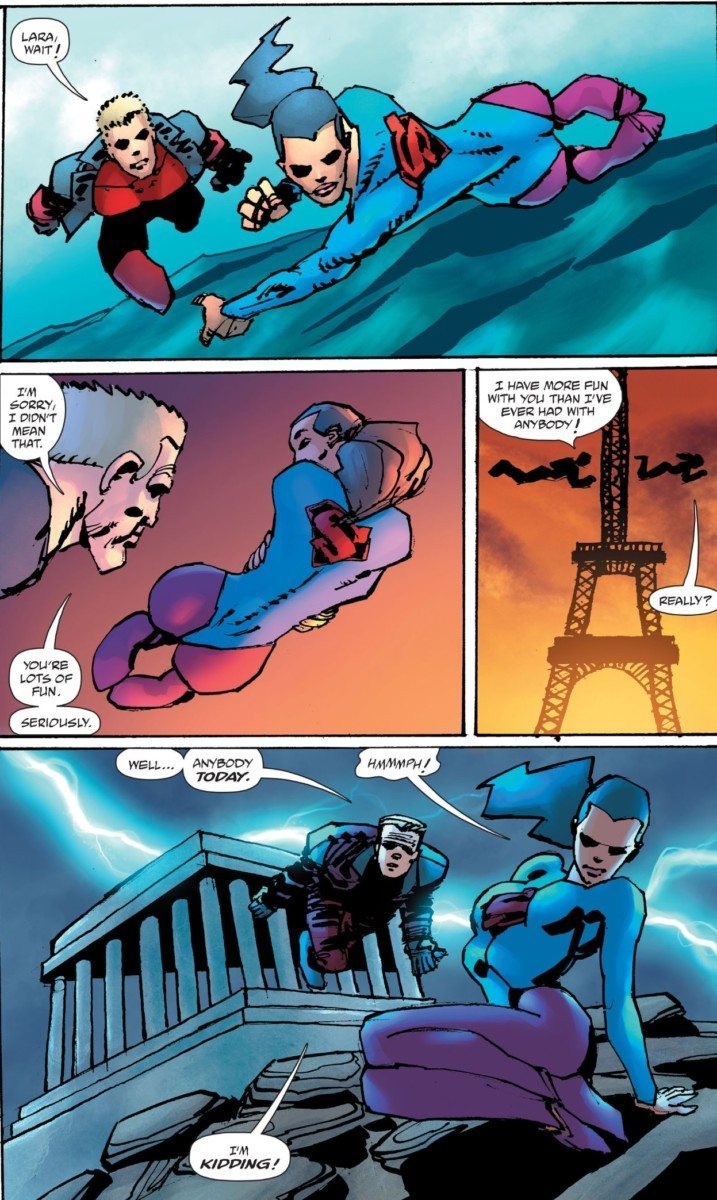 But never mind the out-of-place-awkward flirting and punch kissing. Batman has a truer love, and it’s fear. Batman goes on this whole speech on how proud he is to have fear, how it separates him from the mobs, and how it defines him as a hero.

Well, that’s all good and true for Batman. He needs to have that mentality; otherwise, he knows he’ll cross the line. Fear of turning into a killer is what holds him together. It’s his glue, but fear also works as an acid. Fear erupts from society when the people feel betrayed and lost. It’s happening in DARK KNIGHT III: THE MASTER RACE, and it somewhat parallels current events in the real world, like the racism and islamophobia underlying the Brexit vote and the Trump campaign.

The fear of open borders makes some people believe terrorists can walk in at will, yet that fear is exactly what they strive for. Sometimes fear is the enemy. It can lead to panic and judgment of unfamiliar people and lifestyles. Fear of the unknown is cured with education. In DKIII, Batman’s threat is absolute: Quar’s followers are perpetrating mass murder. I’m not entirely sure whether THE MASTER RACE supports the ideology of Trump, but given Miller’s record (see: HOLY TERROR), the questionable plotline deserves some attention. But maybe that’s just one reading of this series; hopefully, the book isn’t going for that message.

DARK KNIGHT III: THE MASTER RACE #5 has a lot of interesting creative and societal components that could be evaluated. I question some aspects of it, particularly the tie-in and Batman’s immense pride of fear, but it’s not a bad book. Plenty of fun things happen, especially the mini-Justice League that’s formed. I still recommend the book and have hopes for the series getting better. 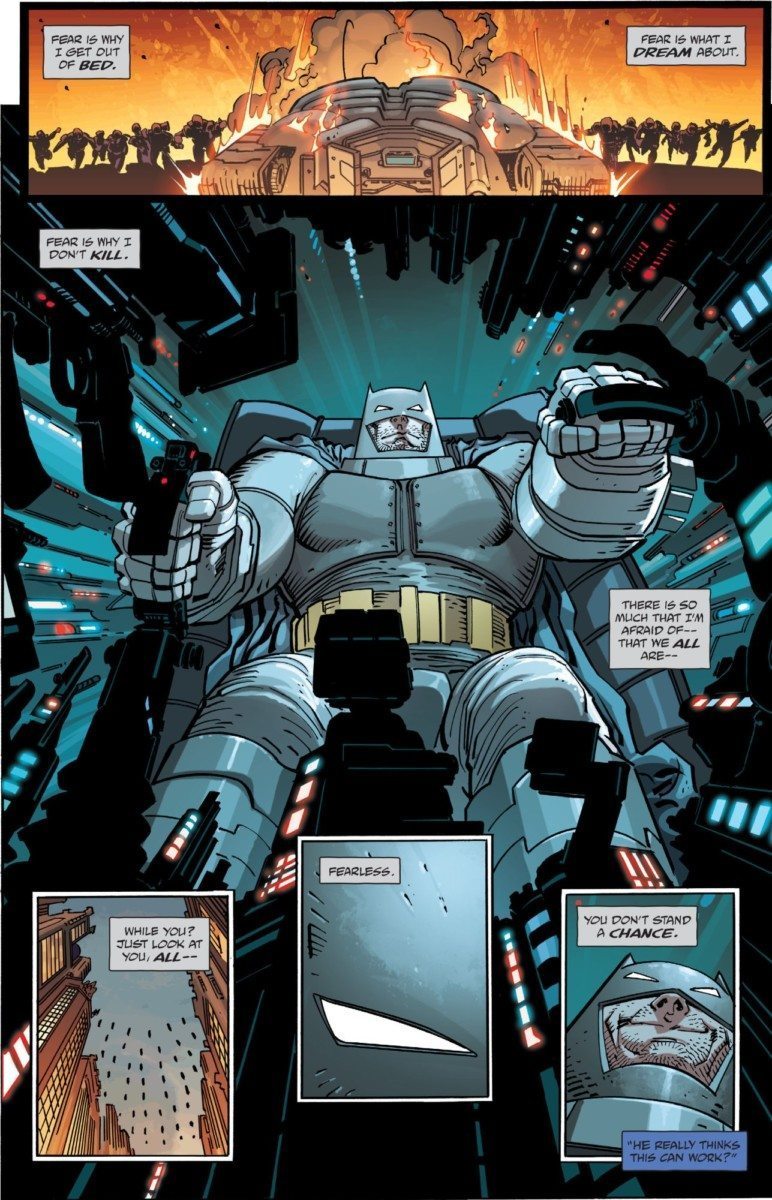