“The Motherland is all. I lay my life down for the people. For the union.” These words echo throughout the first installment of DIVINITY III: STALINVERSE. Sometimes these words are accompanied by tears, sometimes by anger. Possibly the most interesting aspect of these words is that they are spoken by heroes of the Valiant universe who, in previous comics, worked for MI-6 in the United States. Now, however, there is no United States. There is only the Soviet Union and its colonies.

DIVINITY III: STALINVERSE is exactly what it sounds like. It is the third Divinity series, and the return of the third cosmonaut, Kazmir, from space. Kazmir has also been exposed to The Unknown, and uses his powers similarly to how Myshka did in DIVINITY II. He creates the Stalinverse, an alternate universe in which the Soviet Union rules over the entire world. 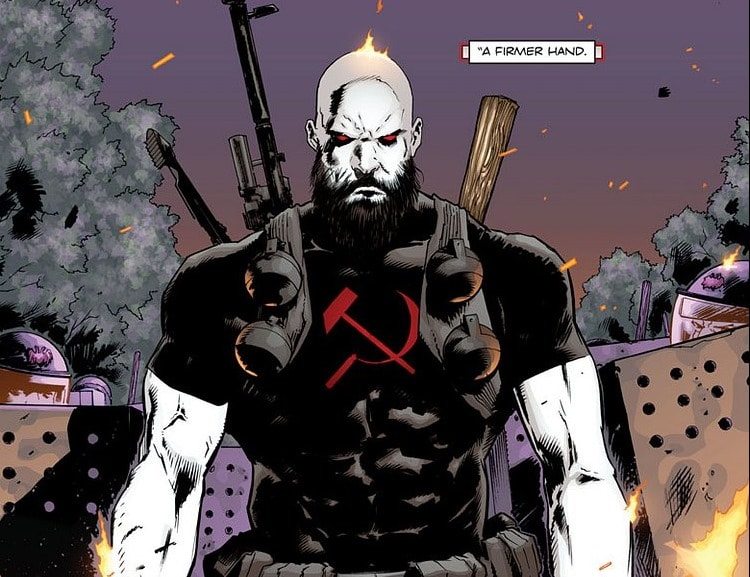 The plot of DIVINITY III is quite reminiscent of DIVINITY II. A cosmonaut comes back and uses their ability to change the world. Myshka attempted to do this in the present to bring Russia to power in the world, but was ultimately stopped by Abram. It seems as though Kazmir did something differently, however, because he actually succeeded in creating this alternate reality. The similar plot to DIVINITY II brings with it some worry that it will just be the last series, but rewritten for the third cosmonaut. However, if done correctly, it could be much better. It will be interesting to see if the plot of DIVINITY III lives up to the first series, which is arguably the best.

READ: Haven’t caught up with the story yet, or just want to read more about the DIVINITY series? Here’s a review of DIVINITY II #3!

Trevor Hairsine’s art in this issue is very well done. It seems to capture the essence of the story. Stylistically, the best way to describe it would be cold, dry, and serious. Which, of course, is perfect for a story about an alternate universe in which Russia is in control of the whole world. The colorist often uses pale and neutral colors, reflecting the ruthless, cold rule of the Soviets.

However, there are also brighter colors used, such as purples and blues. These colors give an air of fantasy to the story. They are primarily used in scenes where the ex-members of MI-6 are either killing people for the Soviet Union, or taking care of monsters coming over from the Unknown. These brighter colors are partially used to keep the reader engaged, but they also hint at something more important. The bright colors remind the reader of images of the Unknown in the previous comics. The colors are mostly used in instances where something is obviously due to the alternate reality caused by Kazmir. This causes the reader to think back to the Unknown during these scenes, and remember that nothing is as it should be. 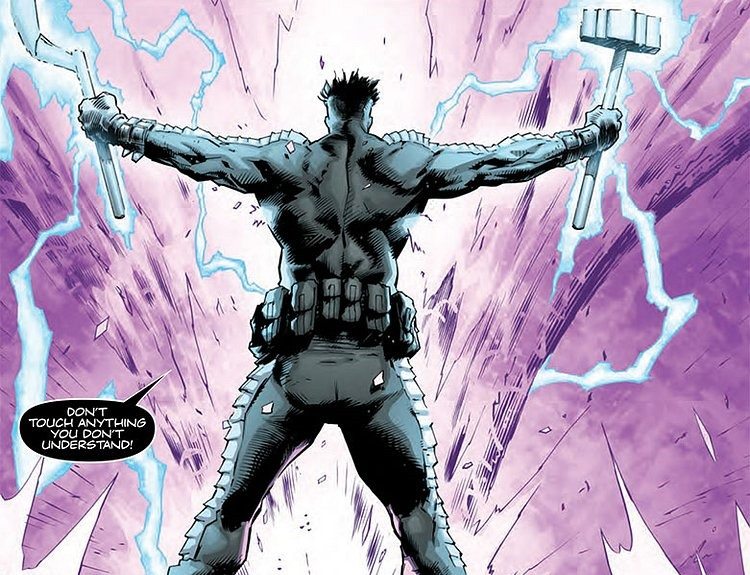 Overall, the first issue of DIVINITY III: STALINVERSE is very pleasing. I was a little worried about the plot at first due to the similarities between it and DIVINITY II; however, those worries are starting to fall away. Even if it does end up being a similar plot, the world-building, art, and characterization more than make up for it already. I am very, very excited to see where this comic will go.