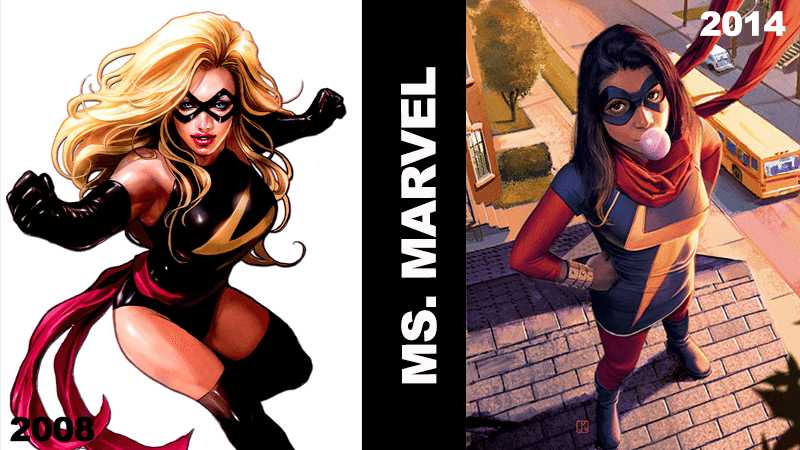 Comic books have a diversity problem. There, I said it.

It’s a well known fact that a large amount of comics and the movies that follow them are male-driven, heteronormative, ableist, and lack racial diversity. People often want to pit the big two, Marvel and DC, against each other, but they’re about the same in the diversity they offer. Any time it seems that one pulls ahead, they take three steps backwards.

“We realized that our characters were created 40, 50, 60, 70 years ago. The world has changed, and we’ve got to change our characters along with them and diversify our cast, our voice, and really be able to connect with as many of our readers as possible.”

While DiDio seems to understand it, DC is not the paragon of diversity, though recently they seem to be making an attempt.

READ: Five things we learned from the IRON MAN & AVENGERS panel at NYCC 2015

In THE NEW 52, the big DC comic reboot from 2011, we saw a resurgence of the ‘glory days’ of comics, and not in a good way. THE NEW 52 gave us Barbara Gordon as Batgirl, but took away Gordon as Oracle, a prominent and wonderful character for the disabled community. It also took away Kyle Rayner, who is hispanic, as the Green Lantern to replace him with Hal Jordan, the original version of that character.

And while DC didn’t take away a diverse character when they took Wally West away to replace him with Barry Allen as the Flash, they took away one of the most notable interracial romances between West and Linda Park.

“It’s okay to love those old comics, I do too, but things have to change. That DC universe was very white, very male, very heteronormative, very ableist. Take the good stuff from the glory days, leave the rest,” –

Tim Featherston, student at the University of Michigan

READ: How the numbers add up for ALL NEW, ALL DIFFERENT MARVEL

As for Marvel, they are often noted as being better for diversity, but they are really just as bad. When they announced that they were making CAPTAIN MARVEL and BLACK PANTHER movies, everyone was excited, until they recently announced that they were pushing the CAPTAIN MARVEL movie back, in favor of a second ANT-MAN film. A large percentage of the Marvel cinematic universe is white, with people of color oftentimes in supporting character, villainous, or stereotypical roles. For example, look at the Avengers: none of the main Avengers are people of color, the people of color in the Avengers films are James “Rhodey” Rhodes and Nick Fury, both predominately background characters.

“There’s a massively changing audience going on here. There’s new readers coming in. Anecdotally, we pick up from the fact that we hear it from our talent — they see it at the different shows, they’re getting a level of contact that’s not just the traditional audience that we’ve seen up to this point. It’s for us to try and find out where the growth is, and who the audience is, by casting the net as wide as possible, with as many ideas as possible, as many tonalities as possible.”

That being said, both companies are taking steps to diversify the lineup of characters, though one is focusing on print and the other on film. 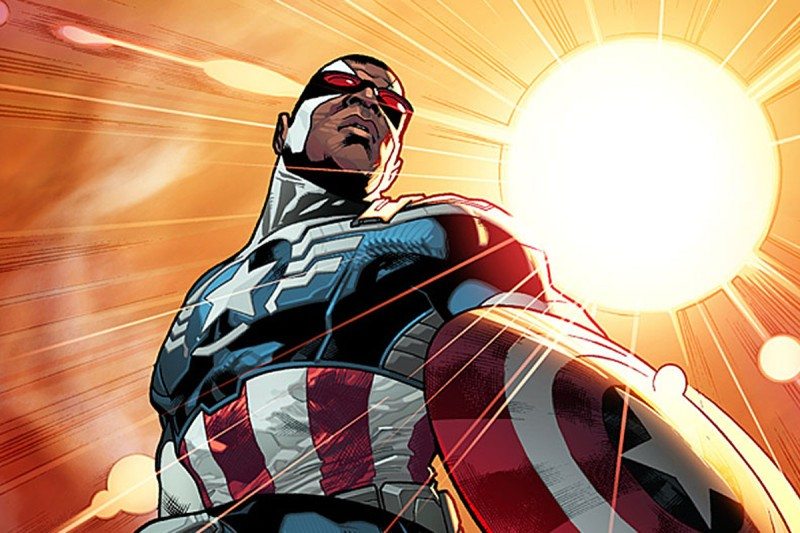 Marvel is focusing on the actual comic books in their franchise, expanding the racial and gender diversity in their comics. Sam Wilson, originally the Falcon, has taken the title of Captain America, putting an African-American man in the leading role in one of the largest comic franchises. When Marvel had their SECRET WARS reboot, it produced Wilson as Captain America and introduced Jane Foster as Thor. Adding to that, Marvel also introduced Miles Morales as Spider-Man, a biracial character, and Kamala Khan as Ms. Marvel, a Muslim character. Marvel has also taken strides to improve diversity for the LGBT+ community.

In ASTONISHING XMEN #51, Marvel showed Northstar getting married to his male partner in front of a massive crowd of peers on the cover of the comic itself.

While Marvel is focusing on the books, DC is focusing more on the film portion of their franchise.

READ: Summary of week one of the ALL NEW, ALL DIFFERENT MARVEL

They announced that Jason Momoa, of Polynesian descent, would be playing Aquaman– a big step from the traditional blonde haired, blue eyed Aquaman of the past. DC also announced a Wonder Woman solo film, to be released in 2017, starring Gal Gadot and being directed by Patty Jenkins.

While both companies are starting to realize the necessity for diversity, they still have to go quite a distance in order to accurately reflect the people seeing their films or reading their comics. The Motion Picture Association  of America released statistics in 2013, one of which, while not specific to superhero movies, noted that 52% of moviegoers are female, while only 15% of main characters in the films are. 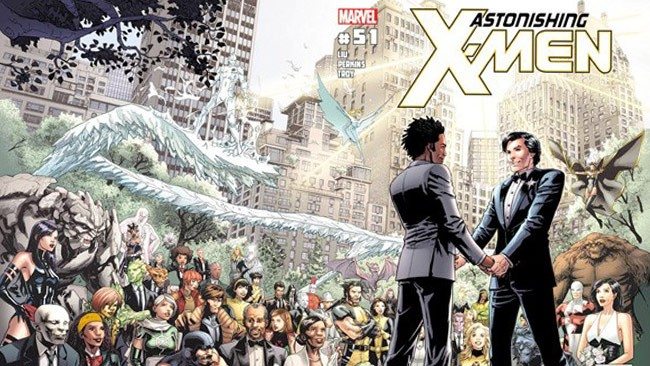 I’m not sure why Hollywood, Marvel, and DC can’t seem to grasp that people want to see themselves in the media they consume. They don’t want every single person to be male, white, conventionally beautiful, and heterosexual– they want to see real people. Real people who have struggles like them, look like them, feel like them– not just a cardboard cutout of a picture perfect hero. I really hope they can get this into their heads soon, because I’m afraid if they don’t the population will lose interest, find something new and more interesting to watch or read and I don’t want that.

READ: Is Change in Comics Good?

Check out more from KARA!