Are you excited about SPIDER-MAN: HOMECOMING? I am! To be honest, when the movie was first announced, I didn’t have a lot of hope. We’ve already seen two film incarnations of Peter Parker, between Tobey Maguire and Andrew Garfield. Neither hit the nail quite on the head. However, Tom Holland is looking like a great fit for our friendly neighborhood spider, and the diversity of the cast seems promising, too. I cannot wait to meet him and gang onscreen! Here is what we know so far about SPIDER-MAN: HOMECOMING.

How Is HOMECOMING Different From Other Spidey Movies?

Since Marvel now has the rights to SPIDER-MAN and Peter Parker again, SPIDER-MAN HOMECOMING can incorporate Peter Parker into the larger MCU. Peter lives in Queens, New York, so he grew up close to superheroes and aliens.

READ: Haven’t caught up on SPIDERMAN films? Here is a summary of Peter’s past lives!

Now in high school and superpowered, it’s understandable why Peter is itching to save the world. After all, he is a teenager — and New York would have been a smoking crater if not for superheroes. The Stark Tower (or Avengers Tower) is also located in Manhattan, and very hard to miss.

As advertised, IRON MAN will be making an appearance in HOMECOMING. While some might complain that Tony appears in far too many franchises, I think it is nice for Peter to have a mentor who is also a superhero. 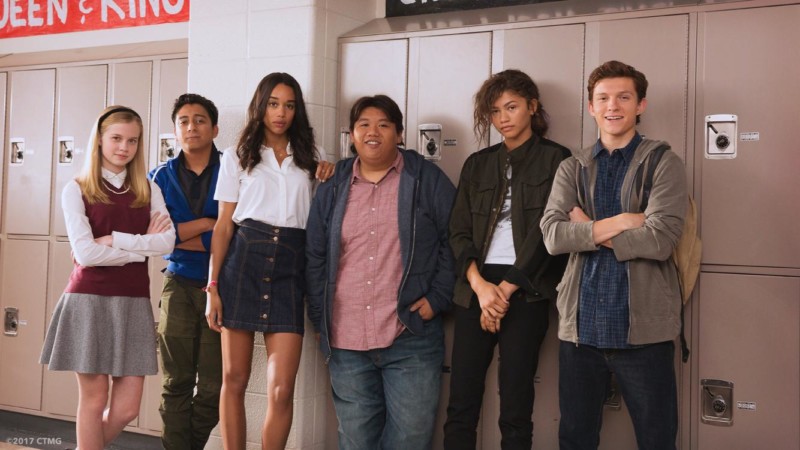 If the teasers are anything to go by, it seems that Tony is a quite protective one at that. Besides, with how things were left off in CAPTAIN AMERICA: CIVIL WAR, Steve Rogers isn’t exactly available for a training session.

Is This Movie Is About Peter Parker and Tony Stark?

Marvel Studios have assured us that Tony only appears briefly and when necessary in SPIDER-MAN: HOMECOMING. Tony is strictly a supporting character, kind of like Natasha in IRON MAN 2. At heart, this is still a Spider-Man movie about Peter, his aunt, and his friends. Speaking of which, have you meet Peter’s friends?

As far as we know, Ned Leeds is Peter Parker’s best friend in SPIDERMAN: HOMECOMING. I’m assuming pretty early on in the movie; Ned finds out that Peter is Spider-Man since we see in the trailers that Ned questions Peter a lot about his spidey powers. 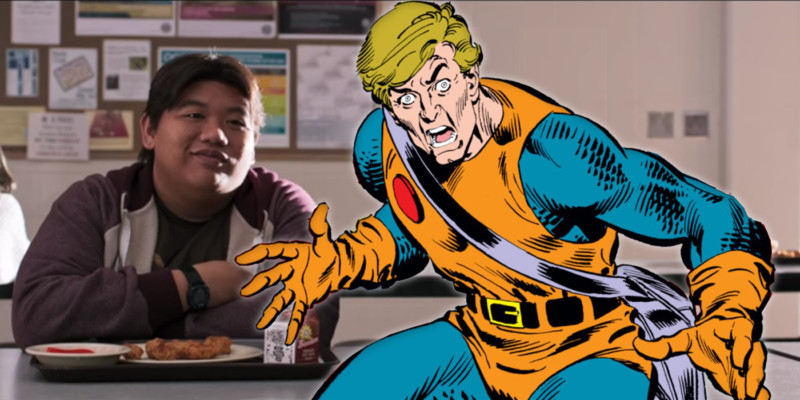 READ: HOMECOMING too similar to Miles Morales’ storyline? Check out what we have to say.

In the comics, Ned is a reporter at the Daily Bugle, the newspaper which Peter sells his photos of Spider-Man, who eventually gets brainwashed by one of Peter’s enemies. In this movie, Ned is portrayed by Jacob Batalon. Contrary to popular belief, he isn’t Miles Morales best friend, Ganke Lee, but instead, a Filipino incarnation of one of Peter’s friends.

In the SPIDERMAN comics and previous movies, Flash Thompson was the classic athletic jock and school bully. In HOMECOMING, Flash seems to be less the school bully and more just the school jock.

Tom Holland has said that there’s not a bully in the movie, just rivalry of sorts. He is played by Tony Revolori, an actor of Guatemalan descent.

Betty in the comics is the first love interest of Peter Parker. However, she has not been sighted in the released trailers and teasers of SPIDER-MAN: HOMECOMING.

Betty also dates Ned Leeds after breaking up with Peter, so maybe Ned will have a date for the fated homecoming. Angourie Rice has been cast for the role in this movie.

In the comics, Liz is a high school classmate of Peter Parker and Flash Thompson and has been the love interest of both. Eventually, Liz marries Harry Osborn, so the introduction of her character may lead to him entering the MCU.

Liz does also date Foggy Nelson from DAREDEVIL at one point. However, considering the age difference between the two in the MCU, I don’t think that storyline will be explored. In HOMECOMING, Liz Allan will be played by Laura Harrier.

Remember the buzz around Zendaya playing Mary Jane Watson in SPIDERMAN: HOMECOMING? While that might have added an interesting twist to the film, it doesn’t seem like Zendaya will be playing MJ. There is a lot of mystery surrounding this Michelle character, and still, nothing has been confirmed.

READ: I scream, you scream, we all scream about . . . SPIDER-MAN: HOMECOMING!

Zendaya’s character doesn’t seem to be romantically involved with Peter Parker. In fact, Peter is crushing on another girl, Liz Allen. However, in the comics, Liz and Flash get together, so it’s all up in the air. There is one Michelle in the Spidey universe, Michele Gonzolas, who made her first appearance in THE AMAZING SPIDERMAN: EXTRA! #3.

Gonzolas and Peter end up becoming roommates of sorts and even have a fling later in their relationship. Is Zendaya’s character Michele Gonzolas? Guess we’ll have to watch the film to find out!

Third Time Is The Charm?

The cast of SPIDER-MAN: HOMECOMING is surprisingly really diverse. Yes, we still have the main character who is white. But we also have two black young women who are distinctly different. One is the most popular girl at school. The other is an awkward loner. The classic, cocky cool kid not blond-haired and blue-eyed, but rather someone who is Latinx.

We also have an Asian male who knows Peter’s secret. Ned is also larger in body size, which is important. At one point, he even gets to be in the Spider-Man suit. That entire scene may just be a few seconds of the entire production, but to some people, it makes a difference. HOMECOMING is showing that people who come in all shapes and sizes deserve to be represented, and can be heroes too. I hope they do Ned Leeds justice because I am tired of fat people being the butt of a joke.

HOMECOMING is the type of movie we need because this is how a high school in New York City looks like in 2017. If urban areas are truly melting pots, then we shouldn’t shy away from representing that, especially in a franchise where a kid can sling webs.

It is possible for HOMECOMING to be Peter’s movie while showcasing the diversity he’s surrounded by. I hope this installment of SPIDER-MAN doesn’t disappoint.

I am eagerly counting the days until July 7th!