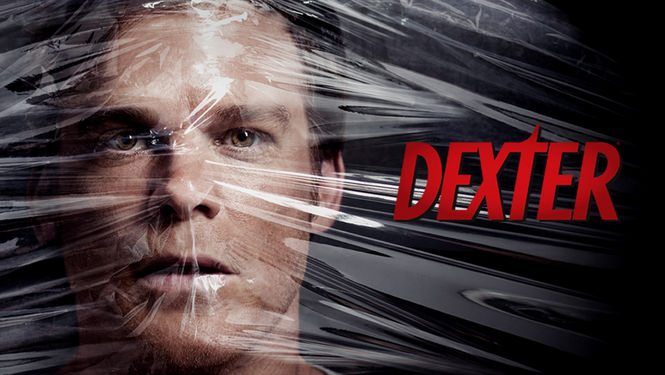 Warning: The following article discusses domestic violence, and the impact abuse can have on victims. If you or someone you know might be in danger, visit The National Domestic Violence Hotline at http://www.thehotline.org/, or call 1-800-799-7233.

Last August marked the 10 year anniversary of Showtime’s hit series DEXTER, and Showtime released a new trailer in celebration. Based on the novel Darkly Dreaming Dexter, the show follows Dexter, a mild-mannered forensic nerd by day, murderer of murderers by night. Dexter stands as a testament to the anti-hero, and is one of the most entertaining character studies in a television drama. Rather than diving into the show’s complex ethical and moral ambiguity, this article focuses on an unrecognized aspect of the show that deserves praise. The first season’s portrayal of domestic violence between Dexter’s girlfriend, Rita, and her ex-husband, Paul Bennett, is an accurate representation of what domestic violence looks like in our society, and DEXTER deserves recognition for accomplishing such realistic, accurate drama.

I work as a therapist for a domestic violence program. I see victims of domestic violence for individual therapy and run a therapy group for offenders of domestic violence. A takeaway from my time with abusers is a pattern of emotional and verbal abuse that occurs in violent relationships, called the Cycle of Domestic Violence. Domestic violence tends to follow a pattern, which the cycle breaks down into three stages: Honeymoon, Tension Building, and Explosion. Each part of the cycle is its own form of abuse, which leads into the next. Rita’s storyline in the first season of DEXTER with her ex-husband, Paul Bennett, follows this cycle directly and is a realistic example of the ways abusers gain power and control from their victims after becoming physically violent. In this article, I wish to discuss the three phases in the Cycle of Domestic Violence, and the scenes in DEXTER that showcase the cycle.

Abusive relationships typically begin in the honeymooning phase. In this phase, abusers attempt to portray themselves in a positive light. This comes in the form of buying gifts, providing support, and investing themselves in the relationship entirely. In every way possible, they will attempt to paint themselves as the perfect partner. When the batterer eventually becomes abusive, victims are forced to blame themselves for the abuse, because the abuser was such a perfect partner before. This defines the effectiveness of honeymooning.

It’s important to note that honeymooning looks similar to what most new relationships look like. When we begin seeing someone, we want to put our best foot forward and do a little extra for our new significant other. The important difference with honeymooning is that these actions are intended to lure their victim into believing this is how the abuser is as a person. By honeymooning their victim, abusers lay the groundwork to potentially remove their victim’s power and control over the relationship.

READ: A bleak future for America? Learn more about the dangers of normalizing the alt-right!

When we meet Rita’s ex-husband Paul in DEXTER, he is introduced in a manner that is representative of honeymooning. Paul takes care of his children, makes them breakfast, and seems to be doing everything he can to right his wrongs. He quits drugs and owns up to his past abuse. He even gives Rita flowers.

Despite his good gestures, you can feel Paul’s control in his actions. He brings flowers for Rita after entering her home without permission. He gives her the flowers in front of their kids, pressuring her to accept them. These are the reasons honeymooning is considered abusive behavior. While not verbally or physically abusive, honeymooning is a form of control over victims, and is strategic behavior to set up abuse in the future.

After honeymooning, abusers are typically back in the lives of their victims. With this opportunity, abusers will attempt to manipulate the relationship in order to gain power and control over their victim. This commonly means controlling where their victim goes, who they talk to, etc. Batterers justify these actions by reminding their victim of the person they were during the honeymooning phase. Ultimately, the abuser has created a relationship that allows them to exert power and control, and will begin attempting to exert that power. But their attempts at control are eventually met with resistance, causing tension to build within the relationship.

In Paul’s case, he is able to get supervised visits with his children and Rita. He convinces Rita to allow weekend visits, and gets an opportunity to be a part of their lives. Paul consistently pushes the boundaries of these rules by insisting on more time with his children, or getting upset when he’s denied what he wants.

READ: Need a new comedy to watch over break? Here’s every reason college students should check out NEW GIRL!

The best example of this tension building is in episode 9, titled “Father Knows Best.” Rita takes the children for a week, conflicting with Paul’s weekend with them. Upon hearing he could not see his children, Paul yells at Rita, and eventually smacks a cup from the dining room table. While not physically abusive towards Rita, Paul was successfully able to scare Rita and communicate to her the danger that he is capable of before storming out. Paul successfully scared Rita in a manner that kept him out of any trouble and affirmed the power he could have over her.

Over time, the arguments increase in severity and occurrence, becoming more and more abusive until…

Rather than having Paul physically abuse Rita, DEXTER showcases Paul’s acute battering episode in an interesting way. Paul shows up drunk at Rita’s house, refusing to leave. He forces her to have an argument. Fearing for her life, Rita allows Paul inside, where he attempts to rape her. Rita is able to escape, but only after calling the police, which is a common ending to this phase.

After the acute battering episode, the cycle starts over at the beginning, and the abuser again honeymoons his/her victim. This typically means apologizing for their abuse, saying “it’ll never happen again.” They become the partner recognizable before the tension building. Some batterers will even attend anger management or batterer’s intervention classes, in an attempt to win back their victim. But once they’ve found themselves back in the lives of their victim, the cycle again continues.

It requires a significant incident to break the cycle. This usually means police involvement, the victim being relocated to a shelter, or in Rita’s case…

…Dexter smacking Paul over the head with a frying pan, dragging him out of the house, and setting him up to be sent back to jail.

Unfortunately, not all victims of domestic violence are able to be saved like Rita was. Nearly 20 people per minute are physically abused by an intimate partner in the United States, and the majority of women report that they have experienced some form of abuse in any past relationship.