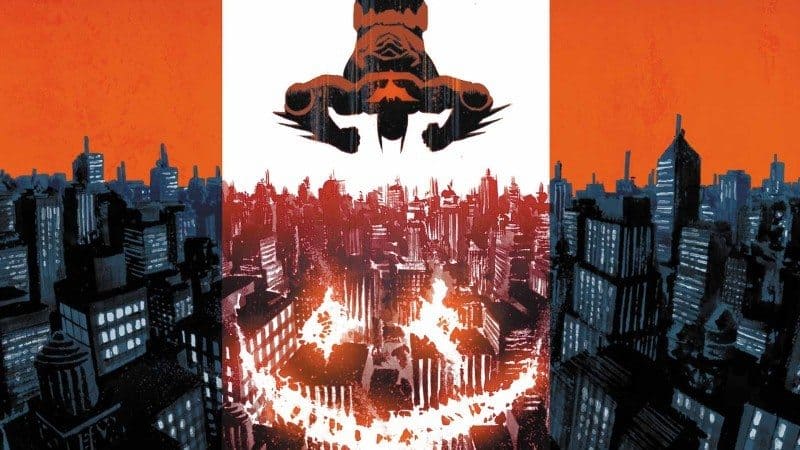 Detective Comics #42 was released this week, continuing the story by Francis Manapul and Brian Buccellato.  It picks up where #41 left off, with Batman (who is Jim Gordon, ever since the death of Bruce Wayne) at the mercy of a group of criminals called La Morte.  This poor showing leads to the overall theme of the issue: establishment.  Can Gordon establish himself as Batman? 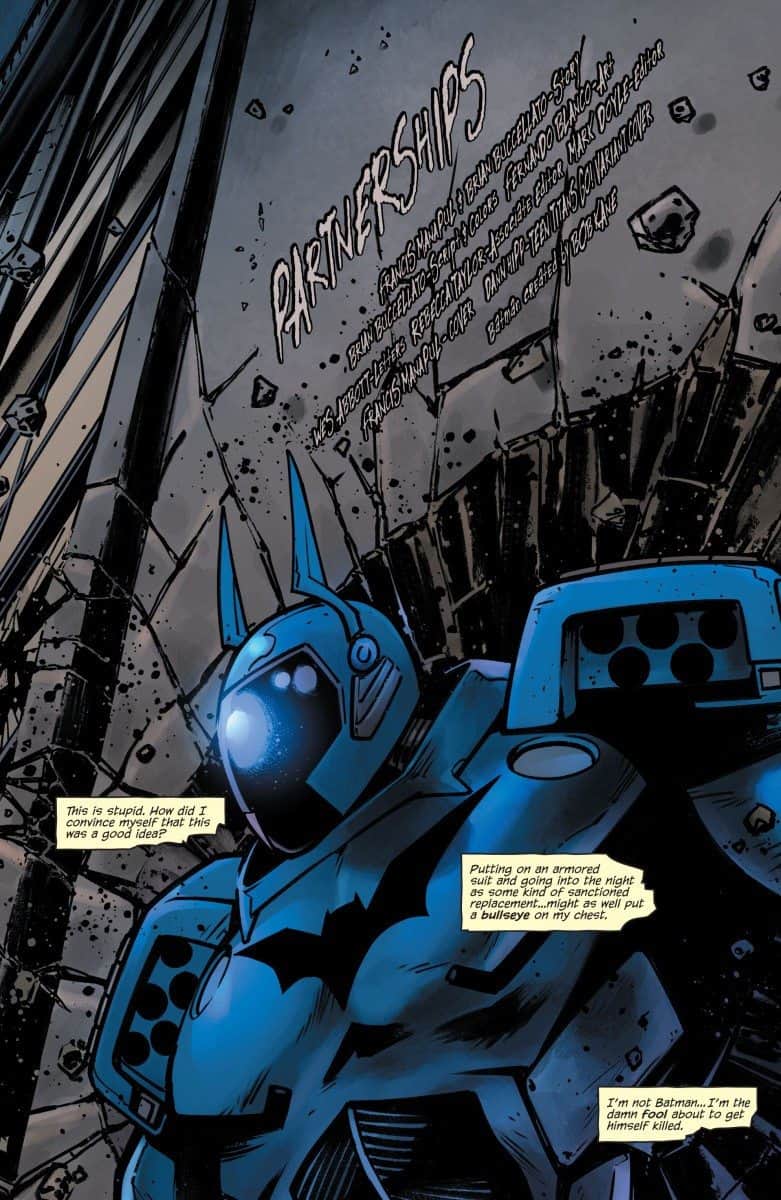 In the aftermath of Batman getting his butt handed to him by La Morte, the Batman is the laughingstock of the GCPD.  No one takes him seriously, as he was rescued by Montoya, Bullock, and the rest of the police. Bullock and Montoya have a discussion about who in the police can really be trusted, and we see Gordon question himself.  It’s ultimately not a very action-packed issue, but deals with a lot of character issues before setting up an action scene to kick off the next issue.

Honestly, Bullock is the center of this story, with Gordon/Batman taking the backseat.  As such, we’re getting a different point of view character than typical, and we see a lot more of the politics of having Batman involved with the police than ever before.  This issue is still trying to establish the new status quo for Gotham City and Batman.  This theme carries into each storyline.  Bullock needs to establish his role in the police while trying to reestablish his partnership with Montoya.  Gordon needs to find the confidence within himself to establish himself as Batman. Montoya needs to establish who in the GCPD can be trusted.

Due to all of this character development, most of the book is conversations, with action happening at the very beginning and very end of the issue- and very little action at that.  For readers who enjoy police drama, you’ll probably enjoy where this title has gone.  Those of you who liked the Batman stories of the past, we’re not quite there anymore.  This isn’t to say that this is a bad title, it’s just definitely not what you’re used to.

The writing feels natural in its portrayal of these various situations.  The doubts and concerns for each character are expressed well, and the relationships between Harvey and the other characters are also represented well.  It’s clear that his relationship with Montoya is more friendly and informal than his relationship with Gordon, for whom he has a clear respect.  The tone and word choices help demonstrate this, which might otherwise be lost.

The art has a flat sort of feel to it, a little blocky.  Its fine lines are reminiscent of the illustrations from Red.  It has a deceivingly simplistic look that may not be everyone’s cup of tea, but fans of the animation from Archer might connect well to it, although this is a bit better shadowed and less two-dimensional.  The colors are mostly in dark shades- blacks, blues, and greys, with flashes of red and blue lights bringing a more police-style feeling to the pages. 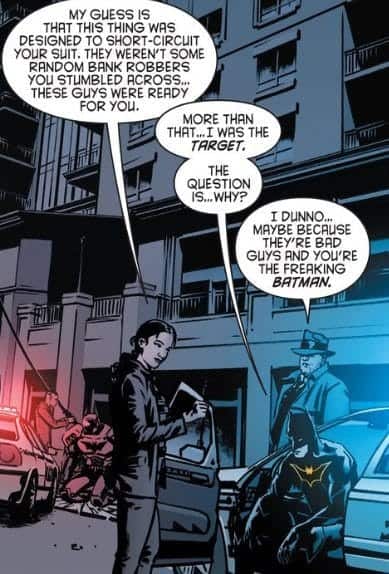 Overall, this comic has a bit of a rough time with all the recent changes to the DC Universe.  It’s trying to establish a whole new status quo, which is quite a challenge.  As such, this issue feels very expositional and has little action to it.  Despite solid writing and art, there isn’t a whole lot of excitement in the issue to be found.  If you like shows like Law and Order, then this might be up your alley, however, fans of the typical Batman story are likely to feel a little let down.