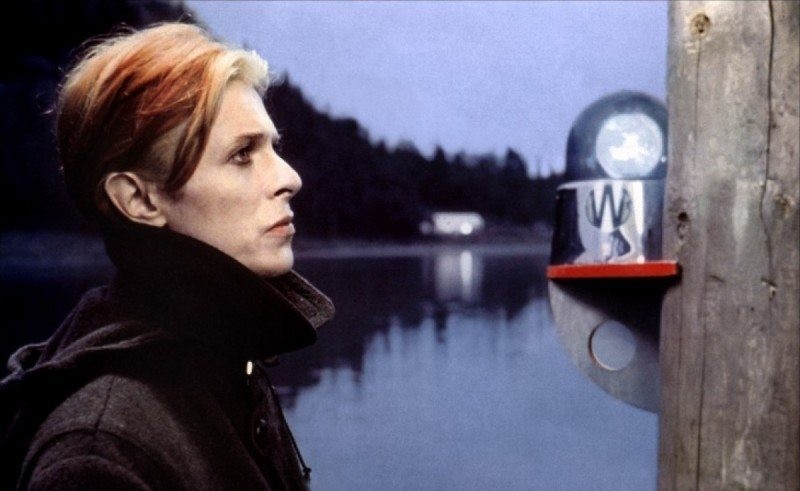 One of the thoughts that permeate the rhetoric of all art forms says that only those who suffer are able to produce great art. This thought may arise due to the basic human condition that when we are content, we don’t act. So when we surround ourselves with only positive, saccharine art, we are content and don’t chose to challenge ourselves. However, when a piece of art comes from a place that isn’t utopia, from a dark place, it arrives with a striking aura of magnetism. This is an interesting thought: why would art focused on the worst of life be the most thought provoking art? One of the tragedies that are most often explored in art is depression. Why would anybody want to continuously be surrounded by a work of art that is about being depressed?

Aristotle believed that the effect dramatic art had on the audience or individual was cathartic. Aristotle states that by being exposed to a dramatic art—dramatic plays for his time, but the thought can be applied to other art forms—the listener purges emotions or is provided with some sense of purification. One art form that greatly explores depression, more so than film or visual art, is music.

From the blues to jazz, musicians create works of art that are birthed from a state of melancholy and in turn create an atmosphere of sorrow and gloom for the listener, which according to Aristotle, helps the listener purify themselves of any depression they may be victim to. One of the most celebrated musicians who can be said to have done this is David Bowie, who recently passed away.

One of David Bowie’s most celebrated albums is Low, so-called because during its recording David Bowie chose to cure his addiction to cocaine and was in a depressed state of mind while purifying himself.  This article will explore how musicians have traversed through depression throughout the years to come upon some sense of catharsis. David Bowie’s Low, specifically the song “Sound & Vision,” serves as an indicator of how the album serves as a form of catharsis for depression. The reason to focus on the cornerstone of the album is because, sonically, with the depressed vocals and elated instrumentation, it stands as that middle point of the album, between the solemn instrumental half and the conventionally arranged, yet unnerving, initial half. From the standpoint of Aristotle, “Sound & Vision” serves as the cathartic point of the album from realizing the end to a dark disease. 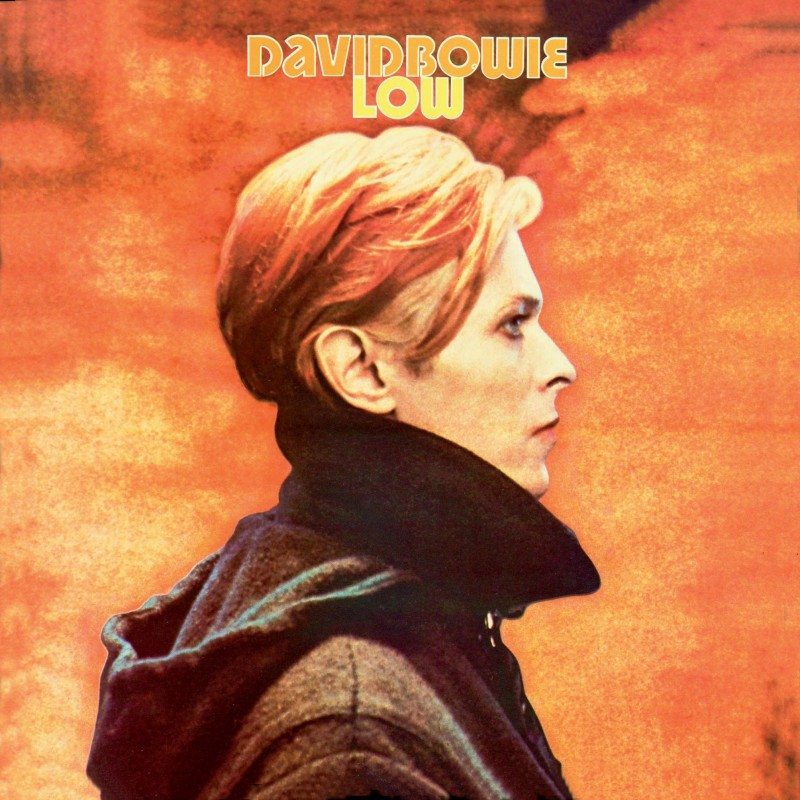 Up until the release of Low, David Bowie occupied various personas through which he performed, ranging from Halloween Jack for the album Diamond Dogs, and The Thin White Duke for Station to Station, to his most famous character for his most famous album, Ziggy Stardust for The Rise and Fall of Ziggy Stardust and the Spiders from Mars, an existential analysis and performance of the clichés that rock and roll inevitably associates itself with. However for Low, David Bowie didn’t occupy any persona but perhaps his own.

Following his time as The Thin White Duke, David Bowie decided to kick his cocaine habit and moved to West Berlin, with the help of Brian Eno, to record the album. Because of how dependent on cocaine David Bowie had become, his abstinence from the drug, and his desire to be pure and rid himself of his demons shines a light on the central theme of the album: depression. The record is marked as being heavily instrumental, with half of the record being composed of ambient works that conjure somber tones of gloom and solemnity, such as “Warszawa“ and “Subterraneans.”

CLICK: Check out how addiction has reared its ugly head in the comic industry!

The other half of Low, however, is conventional in its arrangement (guitar, bass, drums, backing vocals), yet unnerving due to the odd measures and fragmented lyrics. “Sound & Vision” sonically sounds like the most conventional song on the record, yet still has an unnerving air to it.

“Sound & Vision” is written in G major, so it sounds happy; it has the pleasant backing vocals, yet the way the song is arranged is unconventional and a breath of fresh air from the normal verse-chorus-verse, instrumental and vocal arrangement of standard pop songs. The song also creates an unnerving atmosphere. When the chorus starts, the guitar, rather than being super chordy and raucous—say, in relation to “Suffragette City”—is fragmented and jarring. One of the most noteworthy qualities of the song is the disparity between David Bowie’s mute, sad, sighed delivery of the lyrics combined with the happy instrumentation, which creates a disconcerting atmosphere. Keeping in mind the happy sonics of the song, hearing David Bowie’s delivery begs the question: “Why is he singing so sadly, when the song sounds like it’s supposed to be happy?”

CLICK: Want to see depression explored in comics? Check out Corey’s review of  ALL NEW X-MEN #9 “I Smile Because I Have To”

The answer lies in the lyrics: “Blue, blue, electric blue/That’s the color of my room/Where I will live/Blue, blue/Pale blinds drawn all day/Nothing to do, nothing to say/Blue, blue/I will sit right down, Waiting for the gift of sound and vision.” Keeping in mind David Bowie is trying to kick his habit of drug addiction, these lyrics, plus the sounds and instrumentation of the song, conjure up an image of Bowie sitting in his room, blue and depressed. The blinds of the room are drawn, with the sunshine of a happy day bleeding through into his room and irritating eyes. As he sits alone, with “Nothing to read, and nothing to say” he waits for some inspiration to get out of his doldrums, his depression. He idly waits for the gift of “sound and vision.” The disparity between the lyrics of “Sound & Vision” and its happy sonics point to one of the major qualities of depression in that depression makes the individual feel alone.

Additionally, the lyric “I will sit right down, waiting for the gift of sound & vision” encapsulates the realization that depression is to a degree a healing process and, when the time comes, the cure to depression will be found within oneself.  The other half of Low contains the dark, ambient works that conjure very somber gloomy tones. Additionally, the other songs on the record also possess the unnerving quality “Sound & Vision” has. As the first single, “Sound & Vision” acts as a venue where the listener can purge themselves of the loneliness of depression by sympathizing with Bowie. By sympathizing with Bowie, an individual also traversing the planes of depression, the listener ends up getting tricked and forgives and sympathizes with themselves.

Using music to explore depression is not a direction only taken by David Bowie. Other musicians who have done the same include Radiohead, who recently released their ninth studio album, A Moon Shaped Pool, and Kendrick Lamar, in his groundbreaking album To Pimp a Butterfly.

WATCH: Check out our interview with Hip-Hop Legend Rhymefest!

Similar to “Sound & Vision” the opening track to Radiohead’s KID A, an album that gets compared to the work David Bowie produced in Berlin, “Everything in its Right Place” also cathartically encapsulates, sonically and lyrically, the gaining of strength to pull oneself out of depression. The singer says everyday he wakes up with a sour face, continually repeating to himself that everything will be alright. It is at this point that the song begins collapsing in on itself, creating a sense of insanity where the music becomes harsher, the singer repeats the litany that everything will be alright, until a moment of release happens, and the singers voice sings calmly that everything is alright. It is within “Everything in its Right Place” where we can see the self-inflicted chaos, metal dissonance and melancholy gets resolved into a jarring calm. 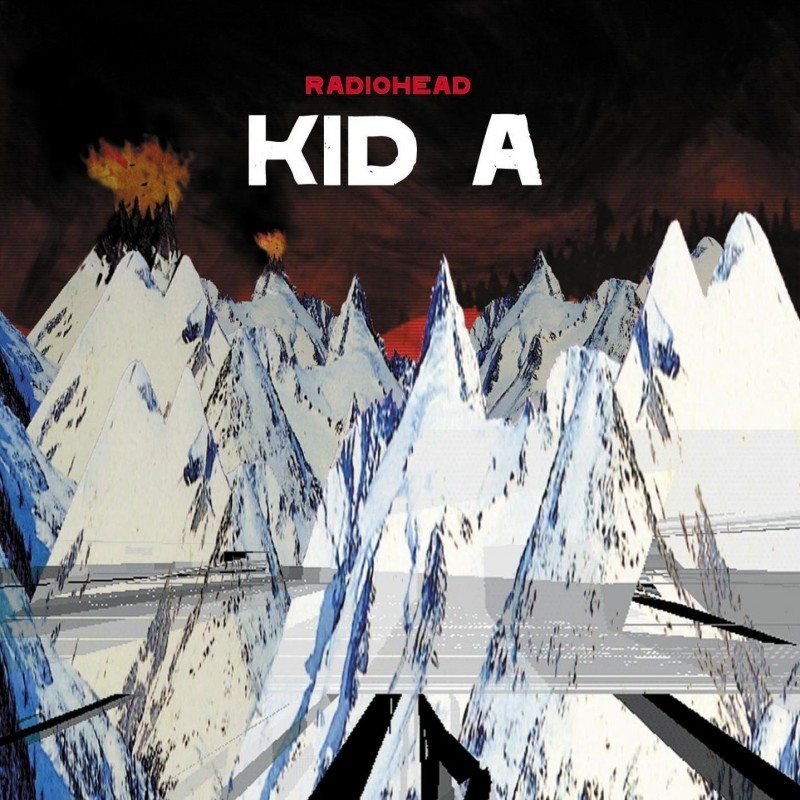 Throughout To Pimp a Butterfly, Kendrick Lamar, on the other hand, chronicles his battles with the depression that arises due to his fame, the battles his community faces, and his self-doubt. The internal struggle Kendrick Lamar faces due to his crippling self-loathing is brought to the surface in “U” where Kendrick Lamar reflects and says “Loving you is complicated / I place blame when you still / Place shame when you still / Feel like you ain’t shit / Feel like you don’t feel, confidence in yourself…Shoulda killed yo ass a long time ago / You shoulda filled that black revolver blast a long time ago / And if those mirrors could talk it would say “you gotta go” / And if I told your secrets / The world’ll know money can’t stop a suicidal weakness” Eventually, only towards the end of the record does Kendrick Lamar find the cure to his self-loathing and depression in “I,” an optimistic, head-bopping song where Kendrick Lamar responds to the internal voice singing in “U” with “Everybody looking at you crazy (Crazy)…Lift up your head and keep moving (Keep moving) / Or let the paranoia haunt you? (Haunt you)…You know the miserable do love company / What do you want from me and my scars? / Everybody lack confidence…How many times our potential was anonymous? / How many times the city making me promises? / So I promise this / And I love myself.” Just as “Sound & Vision” and “Everything in its Right Place,” “I” sounds like the purging of depression and coming upon the mindset needed to be done with it. All these songs are a cathartic encapsulation that presents a coming out of depression. 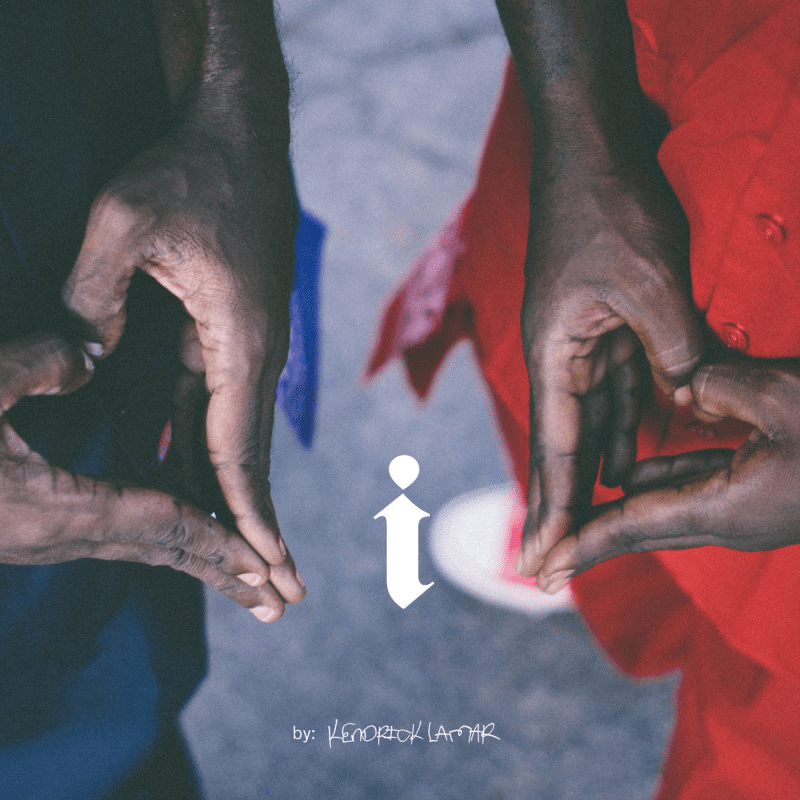 CLICK: Check out this overview of one of the titans of progressive music that went to also explored the edge more often then others dared too!

According to Aristotle, we are attracted to works of art that are tragic and deal with unhappy themes, like depression, because it is cathartic for us. It gives us a venue to experience some kind of relief and release. Music is one art form that attracts artists to use it as an avenue to explore their depression and chronicle their battles with it, as seen in David Bowie’s Low, Radiohead’s catalog, and Kendrick Lamar’s To Pimp a Butterfly.