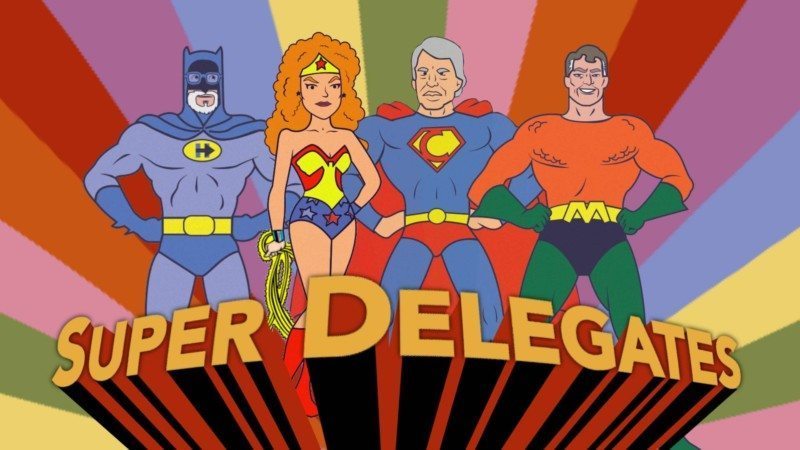 So Hillary Clinton has finally become the presumptive Democratic nominee. What many thought would be a coronation turned into a long and hard battle. Bernie Sanders’ gain in momentum in late 2015 and his huge success with both young and blue-collar workers made him, to everyone’s surprise, become a real threat to Queen Clinton. Sadly for Sanders, the 74-year-old democratic socialist from Vermont had the final nail in his coffin hammered in by Hillary on June 7th.

Nonetheless, few predicted that Sanders could ever have won 23 of 57 contests, with 42.9% of the popular vote. His grassroots campaign swelled as he crept closer and closer, ready to take down Clinton. But as his support grew it became more evident that he wouldn’t be able to take down the Democratic machinery pushing Clinton on. With his surprise victory in Michigan on March 8th, the role of superdelegates in the nomination process came into the popular discourse.

Despite Sanders’ winning the popular vote in Michigan, all 12 unpledged delegates chose to back Clinton. Cries of unfairness erupted. The Hillary campaign, to many, became even more the embodiment of the political establishment. The idea that politicians don’t represent the people seemed truer than ever before. Repeatedly this would happen: Sanders wins the popular vote, Clinton wins the superdelegates. In the 23 contests won by Sanders, only once did more superdelegates back him over Clinton. Sanders’ supporters hated how these superdelegates were acting. The people were trying to make Sanders the nominee but time and time again the party that is supposed to represent them ignored them every time. The Democrats appeared to be undemocratic. Some supporters even went so far as to create a “Superdelegate Hitlist,” listing all the contact information of superdelegates who had backed Hillary despite their state voting for Bernie. 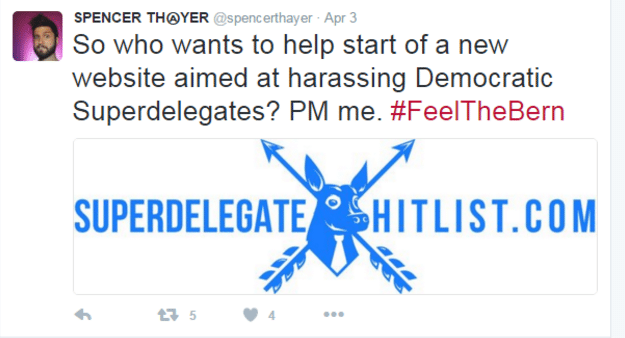 If we really look into the institution of superdelegates however, it is not undemocratic. In fact, the opposite is true: superdelegates are good for democracy.

For those not quite sure and confused by this whole nominating business, here’s the gist of it: The Democratic National Committee (the organizing body of the Democratic Party) selects superdelegates based on the individual’s standing in the party. Unlike your standard delegates, these superdelegates do not have to vote in line with the public vote. They are free to vote for whomever they like.

Before discussing the role of superdelegates, it is important to put them into the wider perspective. Of the 4,768 delegates attending the 2016 Democratic National Convention, 717 are unpledged delegates. This makes up just under 15% of the total amount of delegates. Not once, since their first appearance in 1984, have they directly determined who will be the nominee. Despite the Sanders’ campaign that claims superdelegates unjustly decide which candidate will win the nomination, Clinton would still have won if superdelegates didn’t exist. On June 7th  her total delegate count passed 2,024— the amount needed if superdelegates did not exist. Clinton won on the popular vote alone.

If voters had chosen Bernie over Hillary–and he looked on track to gain the highest share of the votes–then it is likely that the superdelegates would have changed their allegiances and supported the senator. The very same thing happened to Clinton during the Democrat’s last selection process. 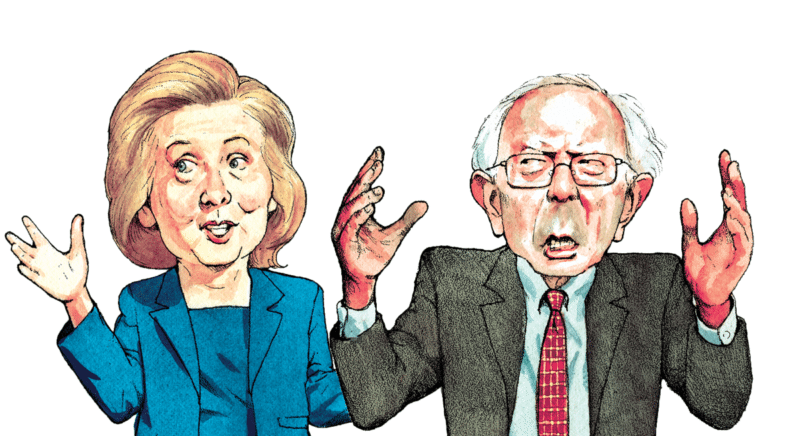 In 2008, Clinton had a significant superdelegate lead over the first-term senator from Illinois, Barack Obama. According to the website Democratic Convention Watch, Clinton began the race with a substantially higher number of superdelegates. At the time of the New Hampshire primary on January 8th, she was beating Obama 154-50. As the race progressed and Obama won more and more states, the unpledged delegates switched allegiance. Superdelegates changed as the popular vote showed him as the more popular candidate. By the time Clinton withdrew from the race on June 7th, Obama had nearly twice as many superdelegates as Clinton.

So if they don’t actually make a difference to the result, what’s the point in having them? Opponents argue that 15% is still too many if the Democrats really want to be democratic. A truly democratic organisation would have 100% of the delegates elected by the people, not 85%. But if we look into who the superdelegates are then we see that it’s not 85% of the delegates who are chosen by the people, but 99.6%. Yup, 99.6%.

Let’s look at the numbers. There are 4,768 delegates attending the 2016 Democratic National Convention. Of these, 717 are unpledged superdelegates. Of these 717 superdelegates, 437 are elected members of the Democratic National Committee, 239 are elected members of Congress, 21 are elected state governors and 20 are “Distinguished Party Leaders” or DPL for short. The DPL itself consists of former presidents, various former leaders of Congress and former DNC chairs. Only these 20 individuals are not currently elected by party members or the general populace.

With these 20 people, only 2.8% of superdelegates have not been chosen by the people. Out of the total 4,768 delegates, the 20 DPL make up a minuscule 0.4% of total delegates.

The 698 superdelegates who are in an elected position have already been chosen by the people. They may not have been chosen during the primary season, but registered Democrats already chose to elect the 437 members of the Democratic National Committee and the mass public chose to elect the 260 national representatives and governors. The vast majority of superdelegates are elected!

The problem is not 717 unwanted politicians and party leaders becoming involved when it suits them to further their own goals. The problem is Democrats and Independents alike only becoming involved every four years. If you want the Democratic Party to be more democratic then you have to be involved at every level of decision making. Be involved in the selection of candidates for DNC positions, congressmen and women, and governors. 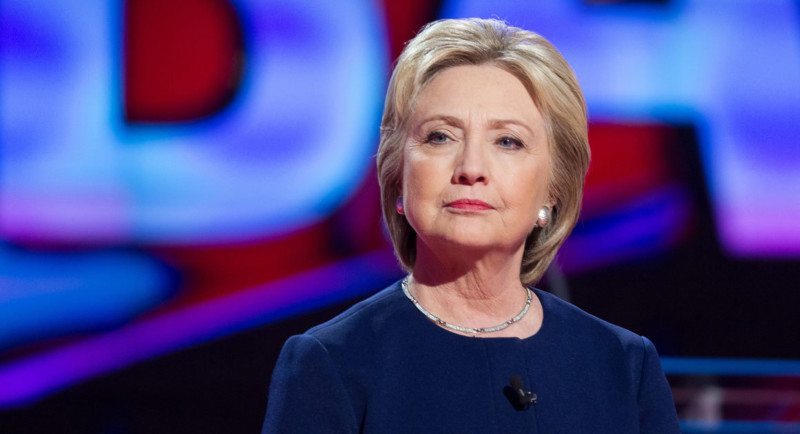 Occasional political participation does not further democracy. Complaining when the people you chose acted how they were always going to act does not further democracy. Continuous involvement and individual contribution in all areas of the political arena is what furthers democracy. By becoming involved throughout the political process, you can express your democratic rights and shape the party into the organisation that best represents you. If the progressive movement and Sanders’ supporters had been involved in the party previously, there might be more elected superdelegates who would back Sanders.

But what about that 0.4%? It may be minuscule, but sure, it still means that a candidate who represents the people is still partly being chosen by unelected officials. If the House of Representatives had two members who were not elected we would change the system to make it 100% representative. Why have the Democrats not done this?

The answer is two-fold.

First, the Democratic Party is not a public institution. The Democrats can select a candidate any way which they like. It could be by a foot race, a hot dog eating competition, or a magic sorting hat. They can chose whichever candidate however they think is best.

READ: Should Comics Do Politics?

Secondly, those selected to represent the party outside of the primary season are relative experts in politics compared to the average voter. Many of them have dedicated their lives to public service. They have spent years involved in party politics in order to get to the position that they are in now. They are able to use this knowledge and experience not just to get themselves elected, but to shape the party—the kind of shaping which Sanders’ supporters should be doing.

With the shaping of the party and the application of their expertise they can help select a candidate who they know will appeal to a greater proportion of society. A candidate with greater appeal results in more of the populace believing they will be represented better. With better representation, people’s beliefs can be put into practice by the candidate, which increases the level of democracy.

The shaping and guiding role of superdelegates is not only beneficial to democracy when selecting a candidate who will represent more of the population. Superdelegates play the incredibly important role of checking democracy and preventing populist trends and impulsive swings. 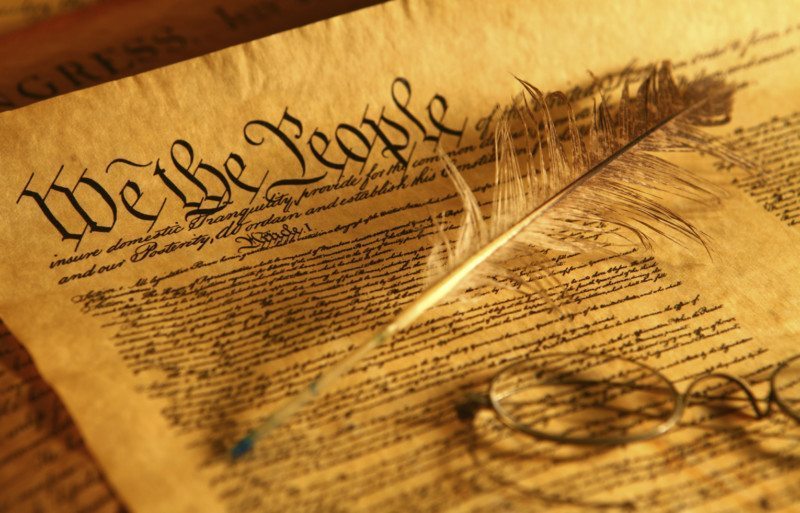 The US system of government is a system of checks and balances. Anyone who has studied US politics will have heard this phrase a thousand times. Upon this idea, the Founding Fathers designed the Constitution to prevent a tyrannical dictator from ever coming to power. The other intention was to prevent the ascendance of a tyrannical majority. The balance of power between the legislature, executive and judiciary prevents any populist swing of public opinion from dominating politics.

If the president tries to gain more power, Congress will stop them. If Congress acts unconstitutionally, the Supreme Court will stop them. No single branch of government can act rashly without another branch stopping them. Without these interconnecting checks and balances, the nation runs the risk of flip-flopping from policy to policy, losing all continuity in its government.

The election cycle of the Senate is a clear implementation of this delicate balancing act between democracy and populism. Holding Senate elections every six years, with only a third of the seats up for grabs every two years, prevents the Senate from being controlled by representatives elected on spur of the moment politics.

One of the greatest things about the Constitution is its ability to safeguard itself and provide institutional continuity. With this it safeguards democracy. Superdelegates play the same role within the Democratic Party. Giving veteran and experienced politicians a voice within the party enables them to provide continuity and prevent populist trends from dominating the party in the short-run and damaging it beyond repair in the long-run.

Superdelegates do not have the power to decide who the party nominates. They can however provide a guiding hand and clear mind that keeps the party on track throughout the process. We should view them not as the driver of the Democratic machine, but as the cautious driver’s ed. instructor, with the foot tentatively placed upon the brake.

Without this braking effect, the Democrats risk leading their party down the same slippery slope as the Republicans. It is times like this when the G.O.P. establishment wishes they could have more control over their nominating process. Without the influential 15%, who would most likely have supported Rubio or Bush, they have ended up with Trump. They have allowed a populist candidate who represents a relatively small section of American society to win the nomination. This is not only bad for the Republican Party but bad for democracy. 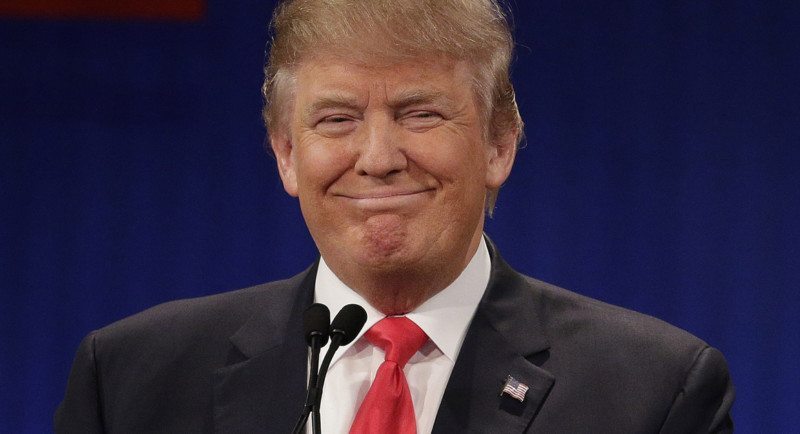 The Founding Fathers designed the system to make American politics slow moving. What frustrates so many about the system is what has kept the US so stable and successful for its entire history. The prevention of populist swings and the balancing of power between the branches of government has led to one of the most stable political systems and nations in the world. The Democrats’ superdelegates are just another part of this democratic system.

So what does this all mean?

Superdelegates are good for democracy. They are elected representatives and experts. They aid in the process of selecting the most representative candidate. They prevent populist swings, tyrannical majorities, and provide political continuity and coherency.

The problem in the Democrats’ nominating process isn’t the involvement of 717 superdelegates. The problem is voters only being involved every four years, and not in the equally high-stakes elections in between.