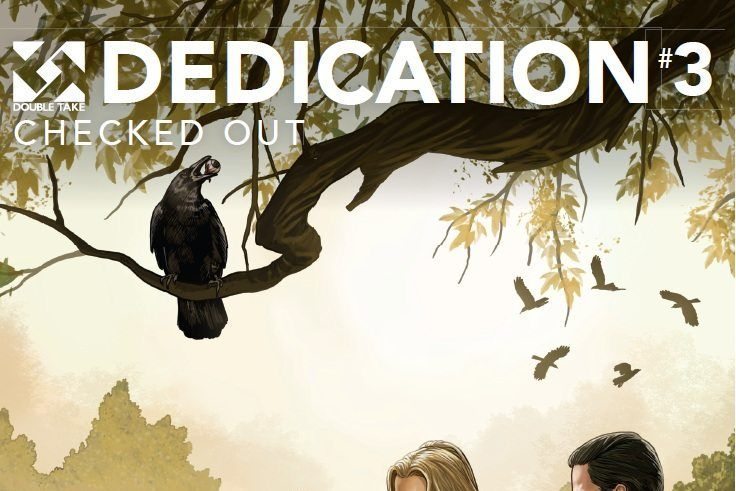 Double Take’s entire comic line is loosely based on George A. Romero’s classic NIGHT OF THE LIVING DEAD. I say “loosely” because of the liberties they take with the source material. These zombies are not Romero zombies. Sure, some of them shuffle and eat anything that moves, but Double Take’s undead horde is different. For example, issue #2 of DEDICATION has a moment where a zombie’s dismembered hand crawls back and reattaches itself to its owner. Instead of being beholden to the “shoot-the-head” rules of Romero’s zombies, the creative team have crafted zombies that fit the story they’re trying to tell.

READ: Missed out on DEDICATION #2? Check out our review here! 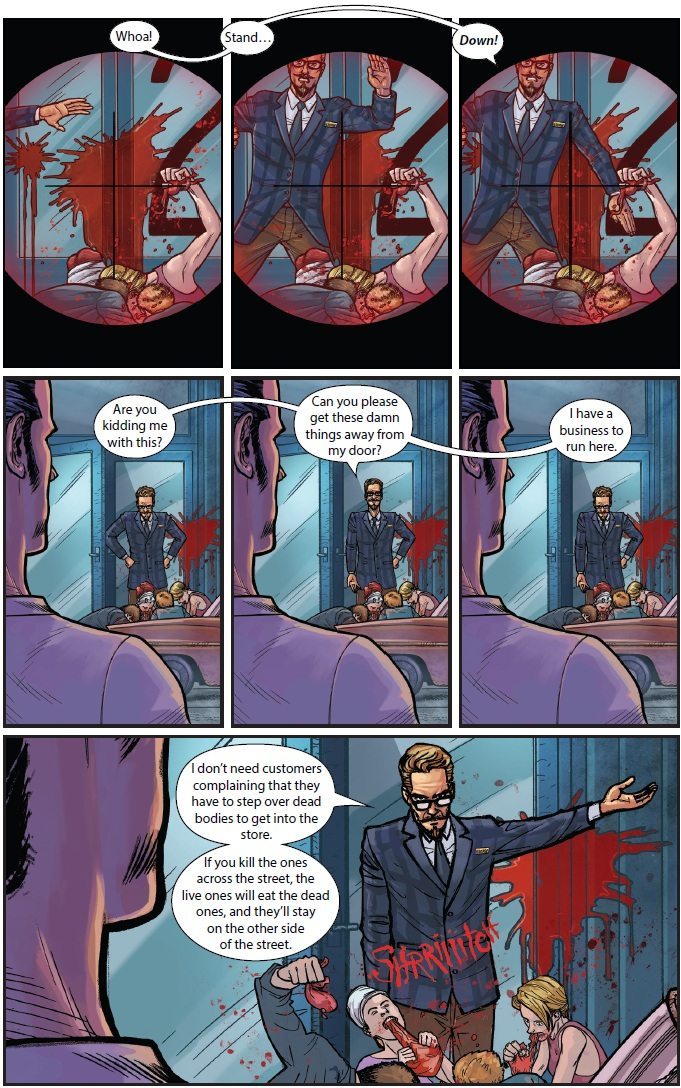 DEDICATION feels more like SHAUN OF THE DEAD than NIGHT OF THE LIVING DEAD. It ramps up the humor and sees the zombies as nothing more than nuisances that need to be contained and/or distracted. The action takes place in George’s Market, a local store in Evans County, Pennsylvania. At the end of issue #2 George, the owner of the store, manages to clear the building of the undead menace by shoving a trolley full of expired meat out into the street. The zombies followed this out of the store as the doors were swiftly shut behind them. DEDICATION #3 is all about the clean-up and getting the store ready for opening in the morning.

READ: We talk to Matt Summo, one of the writers of DEDICATION, about the Double Take Universe!

While reports are still coming in that people are attacking and eating each other, George’s main concern is washing guts and blood off the tiles and walls. Hey, the place still needs to open in the morning, right? Nothing seems to faze George; he is only mildly irritated by the zombies and the blood in his way to make a buck. The comedy comes from how little the undead seem to bother him and his staff. Instead of shrieking at the sight of zombies mauling each other in his doorway, he’s worried that the mound of bodies will prevent customers from getting inside. He even gets a member of staff to shoot as many of them as they can so they aren’t a nuisance to his customers. Funnily enough, when his customers did arrive, I couldn’t tell the difference between them and the zombies. But that’s part of the gag, too —  that slightly cynical look at the world where we don’t really care about what’s going on since we, as consumers, are not too different from the mindless zombies. 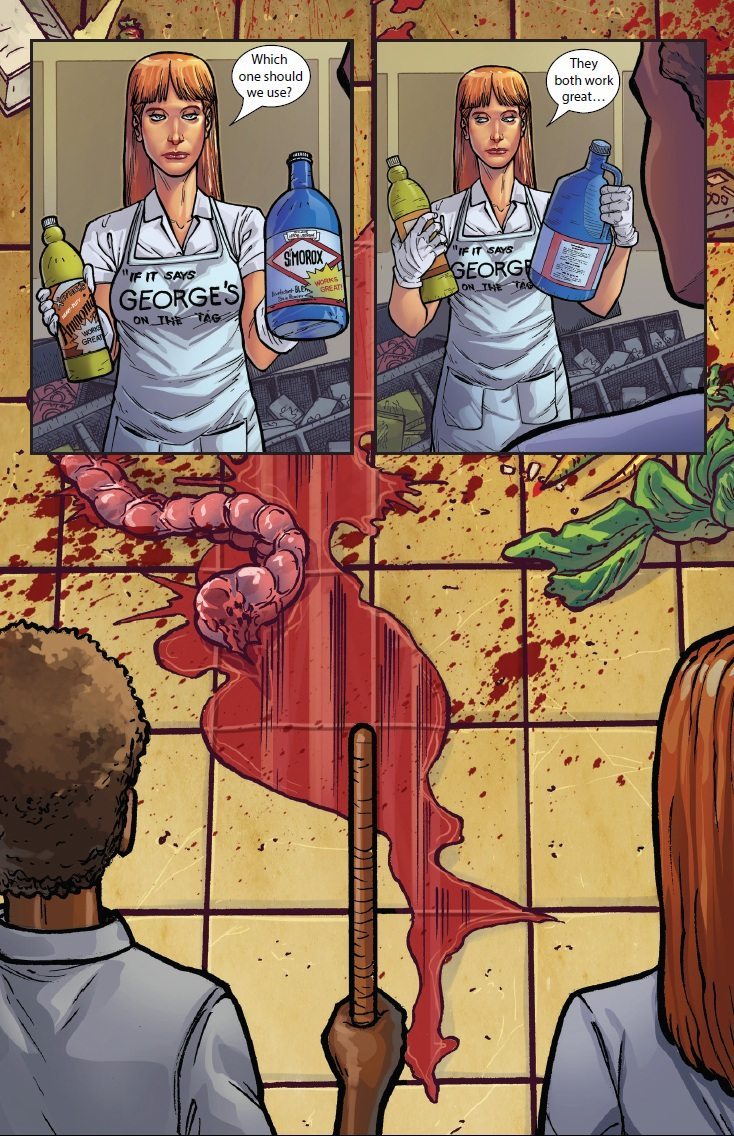 The script by Matthew Summo and Mike Soveiro is clever and often funny, which seems to defeat the situation’s true horror. The gags and one liners scattered throughout the issue fit well throughout the issue. The layouts and pencils by Young Heller, with inks by Alejandro Sicat, complement the humor of the story while offering some great visuals. The use of a sniper’s telescope during panel transitions is a nice touch and brings more movement to the page. Leonardo Paciarotti’s muted colors for the store make it feel like we’re there after hours- the horrible yellow of the tiles, the poor lighting, etc., while outside night subtly gives way to morning.

READ: Want to catch up on the Double Take Universe? Find out how to get the first two issues of every series free here!

Overall, DEDICATION#3 is a fun entry in an entertaining series. Though DEDICATION #3 is (still)d a fun entry in an entertaining series, it feels like the story has said everything it needs to. Where else can this series go? Will it become darker to fit in with the rest of the Double Take series? Will the zombies become more dangerous and start eating the staff? Will George care about the end of the world as we know It if the store is okay? It’ll be interesting to see if the gag starts to wear thin in issue #4.