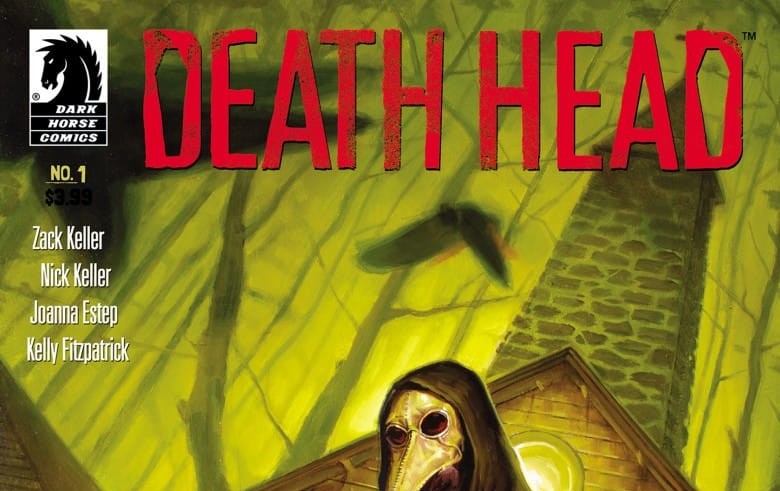 DEATH HEAD tells the tale of a family that becomes cursed after the mother and father find a mask while on a hiking trip. After bringing the mask home with them, the entire family begins to experience visions and nose bleeds. Elsewhere, a mysterious doctor wearing the same mask goes on a murdering spree. It is now up to the Burton family to discover what is happening and bring an end to the Doctor before it’s too late.

This comic is frustrating. The premise of a mask and a cursed family is a solid, although not exactly a groundbreaking, horror concept. There are just so many times where the story goes wrong. The main family itself is so unlikable until the very last issue that it’s hard to care when something bad happens to them. Justine, the mom, is a stereotypical stressed out parent. Niles, the dad, is supposed to be the comic relief but his jokes are cringe-worthy at best. The least likable of the family is Maggie, the daughter, an absolutely horrible human being who shows no signs of growth until the final issue. Bee, the son, is the only character you actually want to root for. 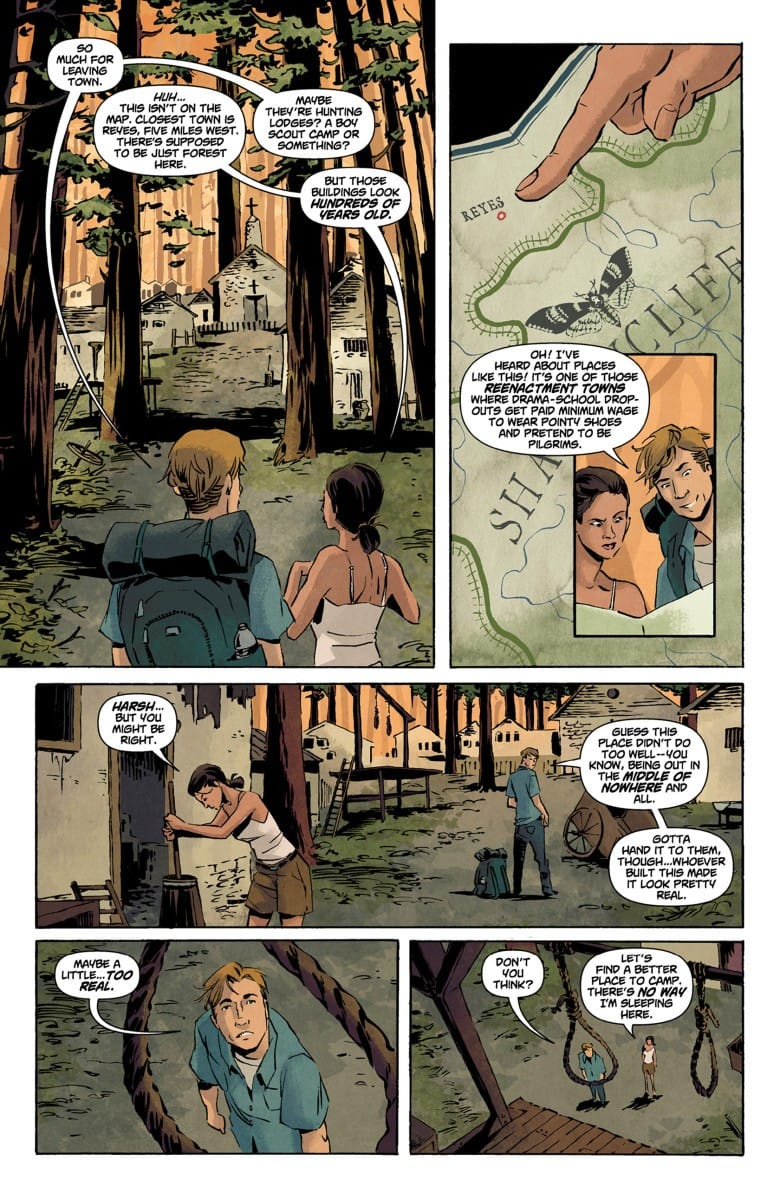 The story of Bee and the ghost he meets named Rosie is actually a very heartwarming tale of young love. It’s a cute story of two young kids growing up and helping each other figure out life (and afterlife). Meanwhile, the rest of the family’s stories are either frustrating or annoying. The daughter is so over-the-top rebellious that it almost seems like DEATH HEAD was meant to be a satire. Justine doesn’t really do anything at all past the first issue. Even though Niles has the most interesting arc, as he is the one who actually investigates who the Doctor is, he just makes so many bad decisions and terrible jokes, it becomes hard to care.

READ: For a more positive look at a fun Dark Horse comic, check out our review of DARK HORSE COMICS PRESENTS #18!

The main problem with DEATH HEAD, aside from the cast, is that there is a really good story buried within these six issues. If this was a four part mini-series, it could have been great. But from issue #2 through issue #5 there is so much filler material that either becomes a loose thread or really has no impact on the story. It is hard to go further into the loose threads without spoilers, but the majority of the major plot lines remain unresolved, as though the series didn’t actually realize it was ending with issue #6. Each issue has one stand out moment, like the small glimpses of hallucinations the family experiences throughout the series and the murderous actions of the Doctor, but the rest is just filler that makes it almost difficult to be invested enough to finish the entire tale. 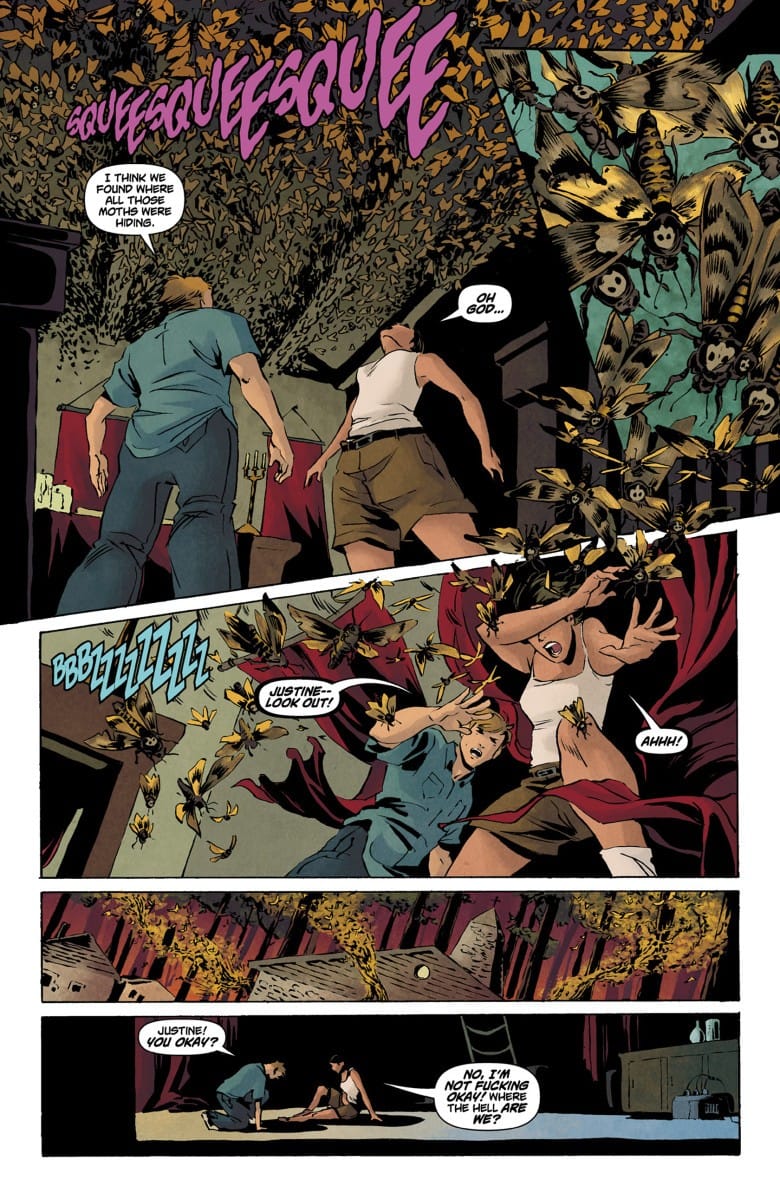 DEATH HEAD #6 is by far the best issue of the series. A few of the larger plot threads are tied up, but many are still completely unexplored. Also, the series ends on a huge cliffhanger. As a series finale, there should never be this many loose plot points in the last issue. It seems like the creators are gearing up for a sequel, but they didn’t do enough in this series to warrant a sequel. The final issue would have been the perfect middle issue in the series, but the way it ends leaves so many unanswered questions that it’s really hard to describe the series as anything less than frustrating.

The artwork is also very up and down. Some parts are great, like the more supernatural scenes, but simple scenes look rushed, and many times this shows in some strangely proportioned facial structures that look unnatural.

In the end, DEATH HEAD has a lot potential, but it’s ruined by too much filler and uninteresting characters. Coupled with the hit-or-miss artwork, DEATH HEAD is at best a pass.