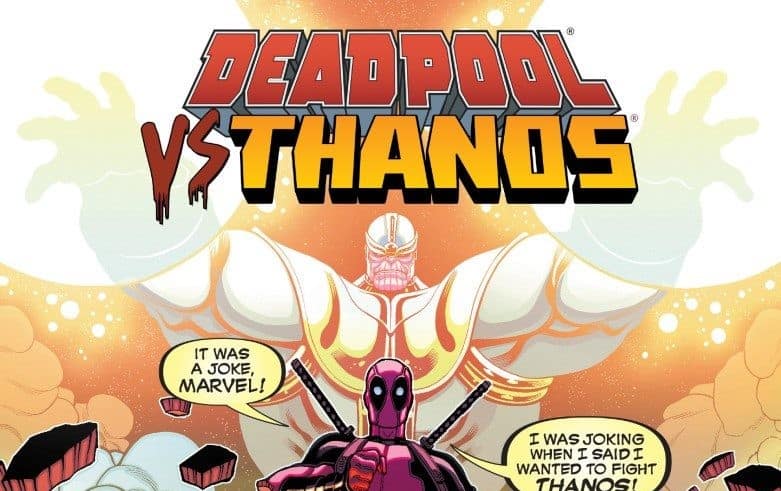 No one is dying, and, for some reason, only Deadpool and Thanos–yes, you read that right–can find out why.

Sometimes Death takes a human form. In that time, it’s begun romantic relationships with both Deadpool and Thanos. When Death goes missing and the dead don’t stay dead and the dying don’t die, Thanos and Deadpool find themselves teaming up to find out why. Why? Because Thanos wants to get to the bottom of this, but Death will only talk to Deadpool.

This is a thing that’s really happening.

The Merc with a Mouth and the Mad Titan are officially sharing a Marvel title in an idea seemingly ripped straight from the Internet. Or maybe not. Thanos is on his way to being the Big Bad in the Marvel Cinematic Universe and Deadpool is getting his own much-anticipated movie in the not-too-distant future as well. It could be seen as just a cash grab (especially considering the first page is full exposition done with action figures instead of actual artwork), and maybe it is… but it’s not devoid of any redeemable qualities. 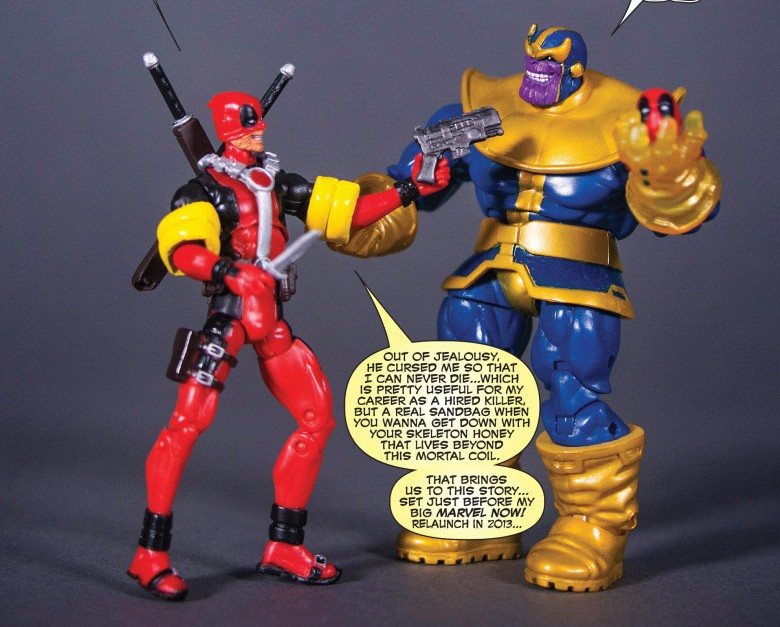 In fact, despite the on-paper questionability of this title’s existence, Deadpool and Thanos actually make an entertaining pair. For people who take Thanos very seriously, seeing the piss taken out of him (and Doctor Doom, for that matter) may ruffle their feathers, but it actually works quite well. Deadpool is given an opportunity to annoy on an intergalactic scale, and we get to see Thanos try to deal with words like “chimichangas” and “cojones”.

CRAVE SOMETHING INTENTIONALLY HORRIFYING? CHECK OUT OUR INTERVIEW WITH HORROR COMICS CREATOR AND ARTIST DANIELLE OTRAKJI! 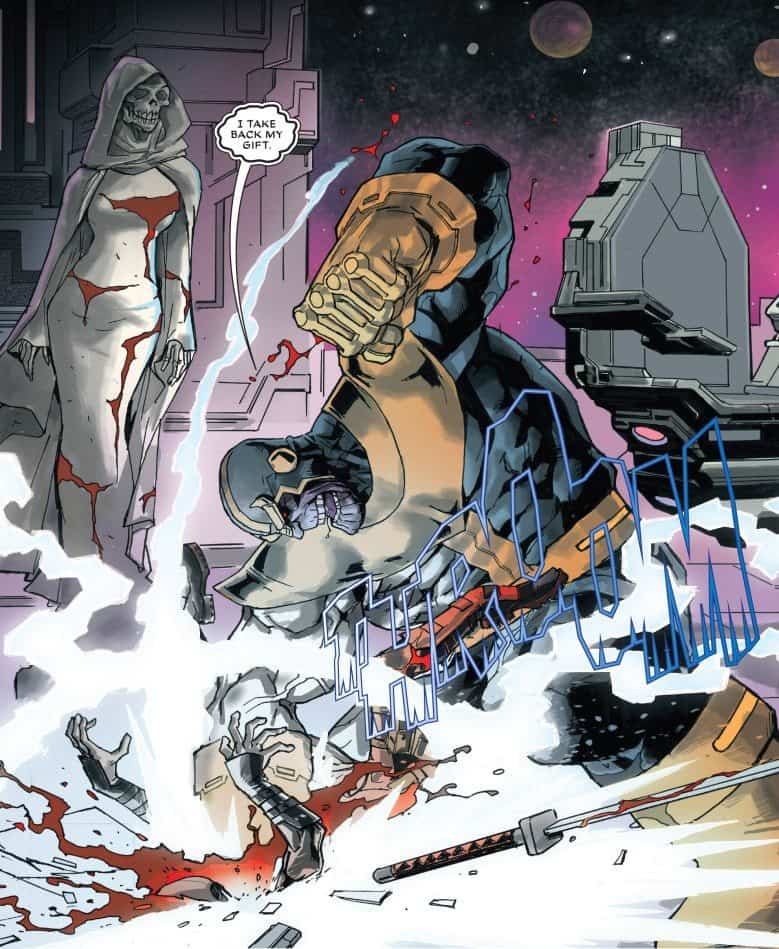 Despite a focused start, however, the story quickly expands to include the Avengers, the Guardians of the Galaxy, and many other characters, so one begins to wonder if the story truly is important, or if it’s just an excuse to just take this odd buddy-cop team on a cameo-ridden romp. So far, it seems like the latter, and I’m not entirely sure that’s a bad thing.

NOT A FAN OF BUDDY-COPS? WANT A TOUGH-AS-NAILS SOLO DETECTIVE? CHECK OUT OUR OWN GLENN MATCHET’S SPARKS! 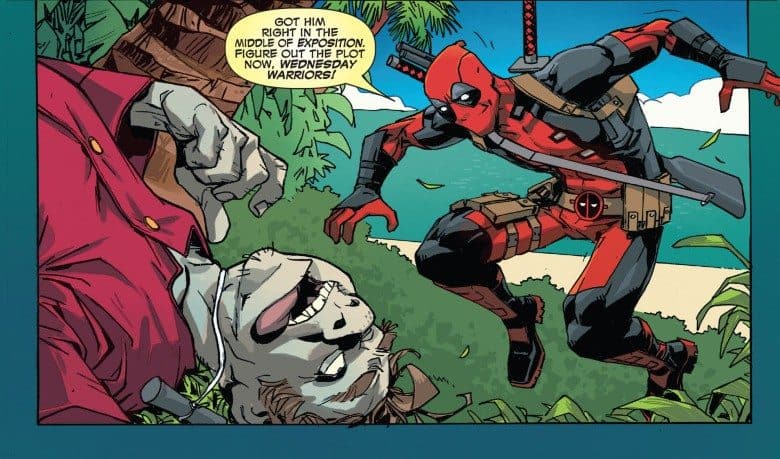 Deadpool and Spider-Man come from similar schools of humor, but Deadpool’s style is certainly more abrasive, and, to my ears, a bit more annoying. I haven’t read a lot of Deadpool, though, so I can’t be sure if that’s the character, or if it’s writer Tim Seeley not quite getting the humor. Every other joke seems forced (as if Seeley is actively trying to make every other line of Deadpool’s a joke), although the ones that work do work rather well. 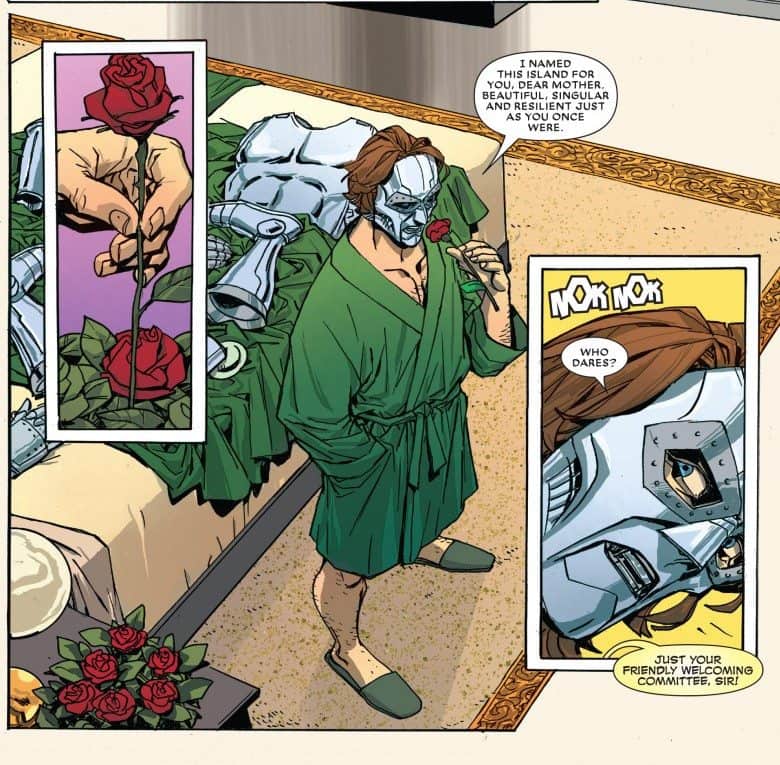 As far as first issue’s go, DEADPOOL VS THANOS #1 is fine–it introduces the world in which this story is going to take place, its main players, and their stakes in the proceedings, all while establishing the tone (which isn’t very serious). The art is successful in that regard, if nothing else. Elmo Bondoc’s pencils and Ruth Redmond’s colors certainly capture the wacky, cartoony spirit of the world but they don’t really do anything to fight the perception that this miniseries is a diversion.

THIS TITLE IS DEFINITELY STRANGE, BUT MARVEL’S STILL A BIG NAME. WANT SOMETHING SMALLER? CHECK OUT ALL OUR VALIANT COVERAGE! 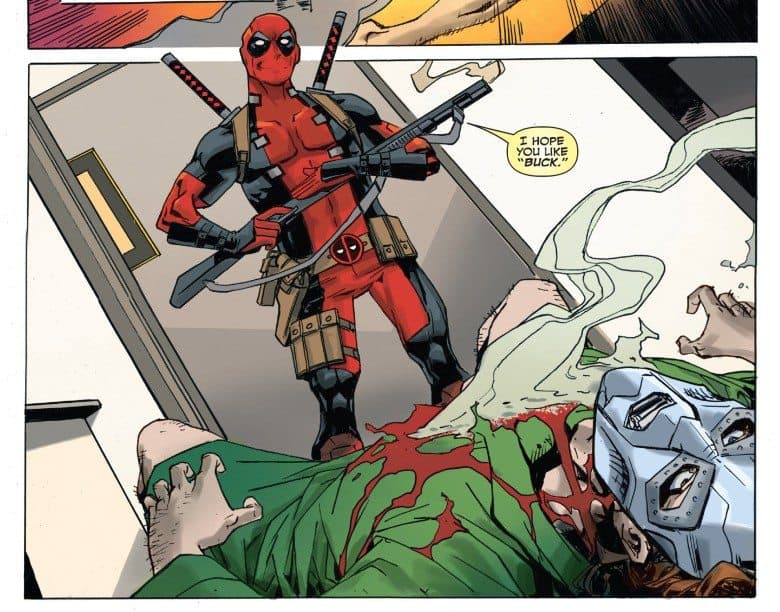 And that’s what it is: it doesn’t take place within “Secret Wars” nor is it a part of All-New, All-Different Marvel–and it’s not at all helped by the fact that it’s set in a Marvel timeline pre-2013, even pre-Marvel NOW! Deadpool.

I don’t want to harsh your Deadpool buzz too much, because DEADPOOL VS THANOS #1 is fun, and has set up the potential for even more fun, but don’t look to find anything of substance here.

WE’VE GOT A TON MORE REVIEWS! CHECK ‘EM OUT!