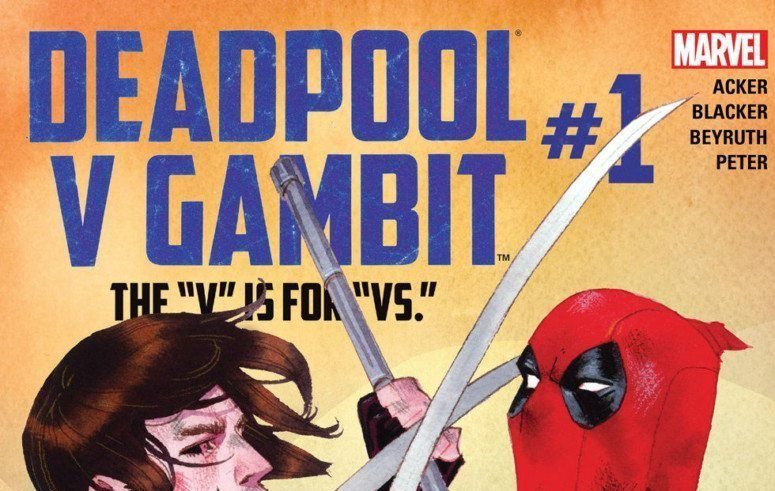 I’ll be honest: When I first heard about Deadpool crossing over for a miniseries with Gambit, I had low expectations. With his presence in the Avengers, his crossover series with Spider-Man, his solo series, and running the Mercs for Money, it felt like Deadpool was being overexposed in the wake of the success the Deadpool movie. But that aside, this issue had all the merits of a good crossover miniseries—low stakes, vibrant, dynamic art, and hilarious writing.

Deadpool and Gambit spot each other while in line for a coffee shop and instantly draw their weapons. They then reminisce about the last time they saw each other, and a flashback shows a sequence involving Daredevil attacking Spider-Man.

Yeah. I was confused, too. We find out later, though, that Deadpool and Gambit have dressed up as Spider-Man and Daredevil, respectively, as part of a con job. Gambit then sees a gun taped under a table and assumes Deadpool is trying to double cross him, and the fight is on.

As frustrated as I initially was waiting for Deadpool and Gambit to show up, their fight as Spider-Man and Daredevil was full of action and hilarious jokes. At one point they crash into a theater putting on a musical about a certain founding father, and Deadpool/Spider-Man makes a comment about the Spider-Man musical that had me falling out of my chair with laughter. I was able to appreciate it much more after realizing that this was, in fact, still a comic about Deadpool and Gambit. 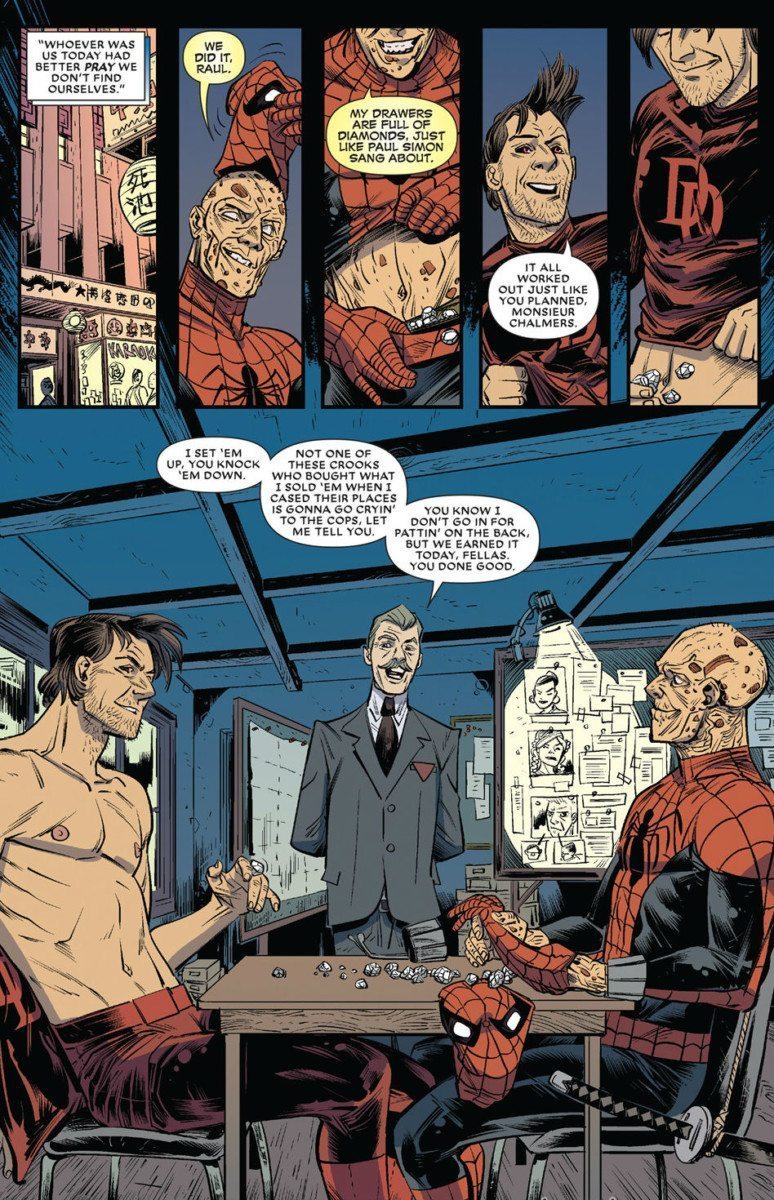 In terms of characterization, this issue was thought-provoking in that it made me realize how similar these characters are. Both often work alone, have quick-witted humor, and are known to take on morally ambiguous jobs. I hadn’t really considered that before, and that’s why crossover miniseries like these are a great medium for exploring those connections in a fun and accessible way. The parallels between Deadpool and Gambit add a little depth to the title, while still keeping it a primarily fun read. My biggest worry going into this miniseries was that Marvel just put this out because they knew another Deadpool title would sell, but the pairing of characters really made sense. It was a pleasant surprise, despite my inner cynic still yelling, “They’re just slapping Deadpool on comics to sell more of them!”

READ: Need to get caught up? Check out our review of DEADPOOL #14!

The art in this issue complements the story’s fun, light tone. The backgrounds are often simple scenery with steadily lightening colors, but this helps the issue by allowing sharp contrast between these plain backgrounds and all of the detail and action in the foreground. The art also helps improve the action by using color and speed lines to show the impact of Gambit’s blasts of energy. Plus, his signature blood red eyes always make their mark. 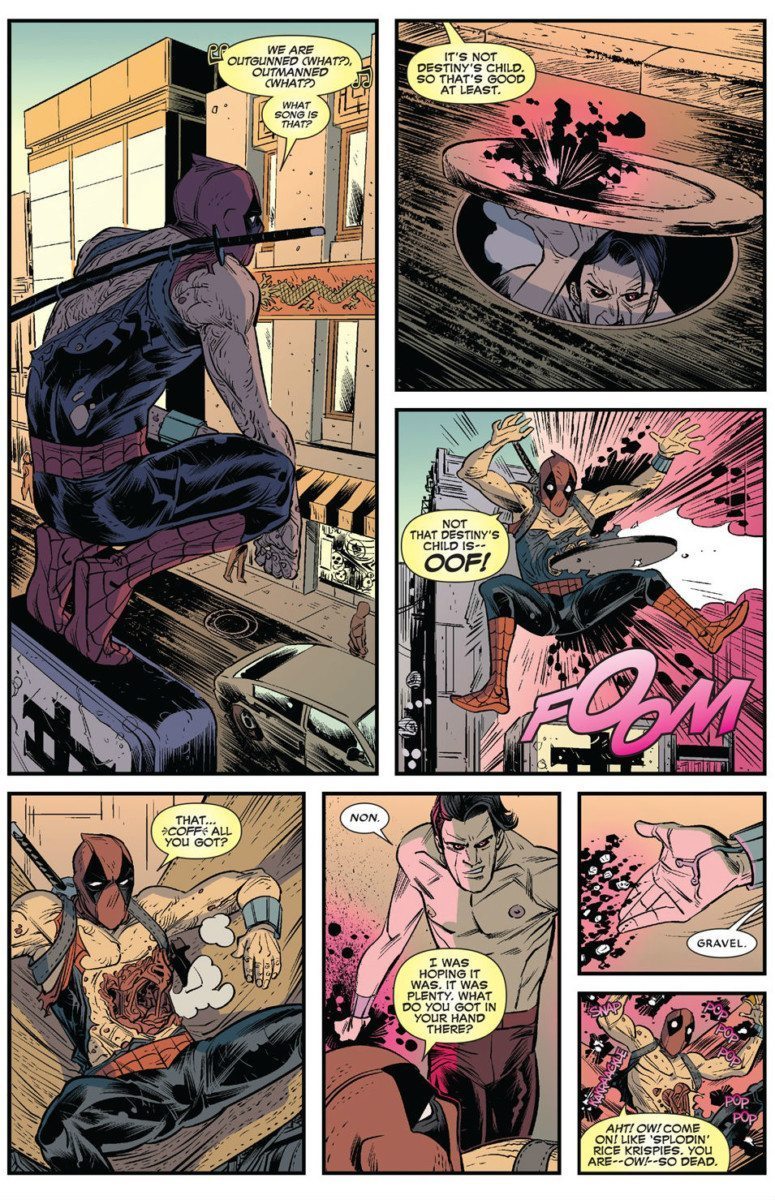 LISTEN: We talk about all things Gambit in our street justice podcast!

I liked this issue way more than I thought I would. On a second read, I like the incognito scuffle a whole lot more, knowing what to expect. That aspect, in addition to the art and banter between the title characters, makes this issue worth a read or two.