DEADPOOL V GAMBIT #2 could learn a thing or two from the last issue. This series works best when it’s kept to a simple story, allowing the characters to really play off each other and giving the art some room to breathe. This issue suffered from an overflow of narration and a lack of space for art and action to take place.

In this issue, Chalmers, the man who hired Deadpool and Gambit in the last issue, hires the duo for another job. They must travel to New Orleans and steal the Dragon’s Tongue, a priceless relic, from a wealthy businessman named Peng Lai. The story follows Deadpool and Gambit’s schemes to get Lai’s fingerprints, so they can open his safe containing the relic. This simple plot should have paved the way for the characterization and art to provide the meat of the issue, but neither delivered to a satisfying degree. 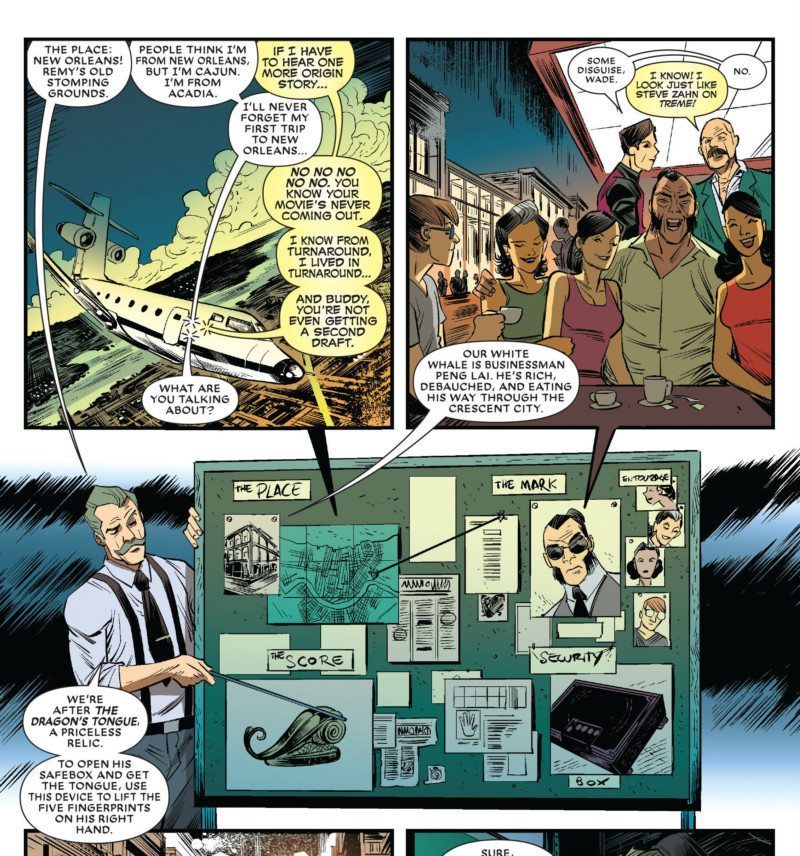 READ: Need to get caught up? Read our review of DEADPOOL V GAMBIT #1!

The characterization of Deadpool was spot-on but excessive. Personally, I would have liked to see Gambit narrate this issue instead of Deadpool. I was especially surprised by this considering New Orleans is Gambit’s hometown. In my opinion, he’s hugely underused and underrated, and a mini-series like this is the perfect way to bring him into the spotlight, especially since Deadpool already shows up in several titles. Plus, we could have had scenes of Gambit showing Deadpool around the city and using his knowledge of the place to his advantage. As much as I love the Merc with a Mouth, it would be great to see my favorite gambling Cajun take the reins.

Gambit comes from such an interesting bayou culture and has abilities no other character does. Sure lots of Marvel characters can fly and are super strong, but how many can turn any ordinary object into an explosive weapon? It’s a superpower that could also lend itself to some crafty thinking and improvisational tactics, which could be hilarious.

READ: Wonder what Deadpool’s been up to? Read our review of DEADPOOL #14!

The art in this issue was just as well-done as it was in the last issue–lots of bright colors and background activity fully transport the reader into the dingy bar in which Deadpool and Gambit hunt down their mark. The biggest failure it had, in my opinion, was the two-page spreads. They are everywhere, and they all have huge amounts of text and slice the page up into smaller and smaller panels. Typically, two-page spreads are places where the artist can really let loose, and I was dissapointed when I saw all the space taken up by words and splintered paneling. 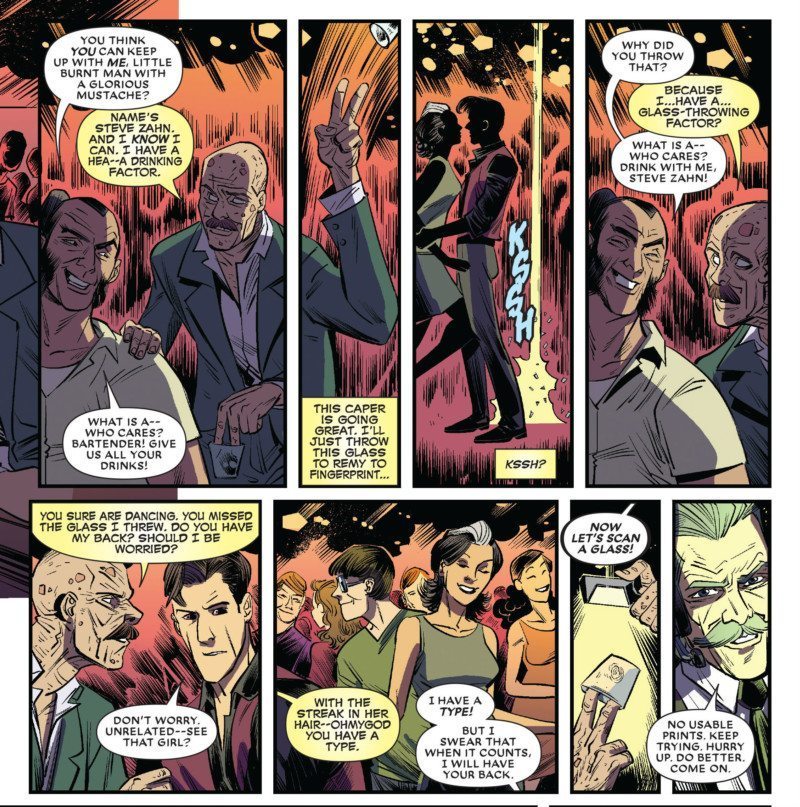 I was generally dissapointed by this issue because it failed to use the strengths a mini-series has to offer, more development on lesser-seen characters and exciting art. The plot was simple enough to allow these things to occur but it read more as a regular issue of DEADPOOL than a team-up mini-series.