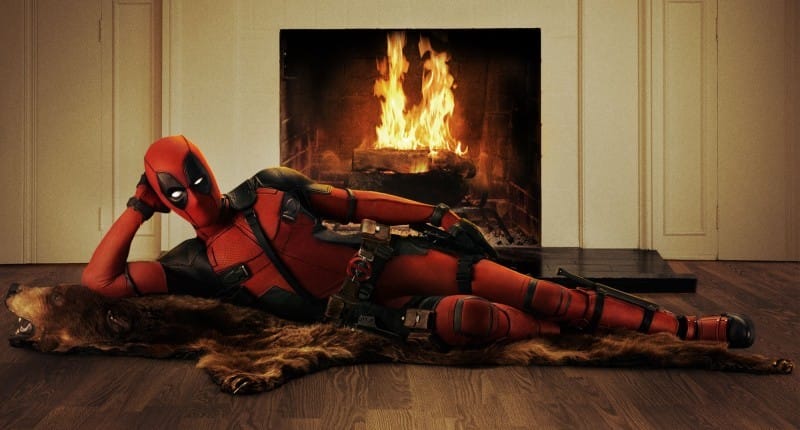 This year is going to be chock full of super hero movies from BATMAN V SUPERMAN: DAWN OF JUSTICE to X-MEN: APOCALYPSE. But one movie we here at Comicsverse are really excited about is the one and only, chimichanga loving, merc with a mouth, DEADPOOL! That’s right, DEADPOOL will be hitting theaters everywhere on Friday, February 12. In anticipation of the movie, we thought that it would be a great idea to talk about the man of the hour. We’ll cover his origins, his recent debut in the Uncanny Avengers comics, and the latest trailer for his movie. 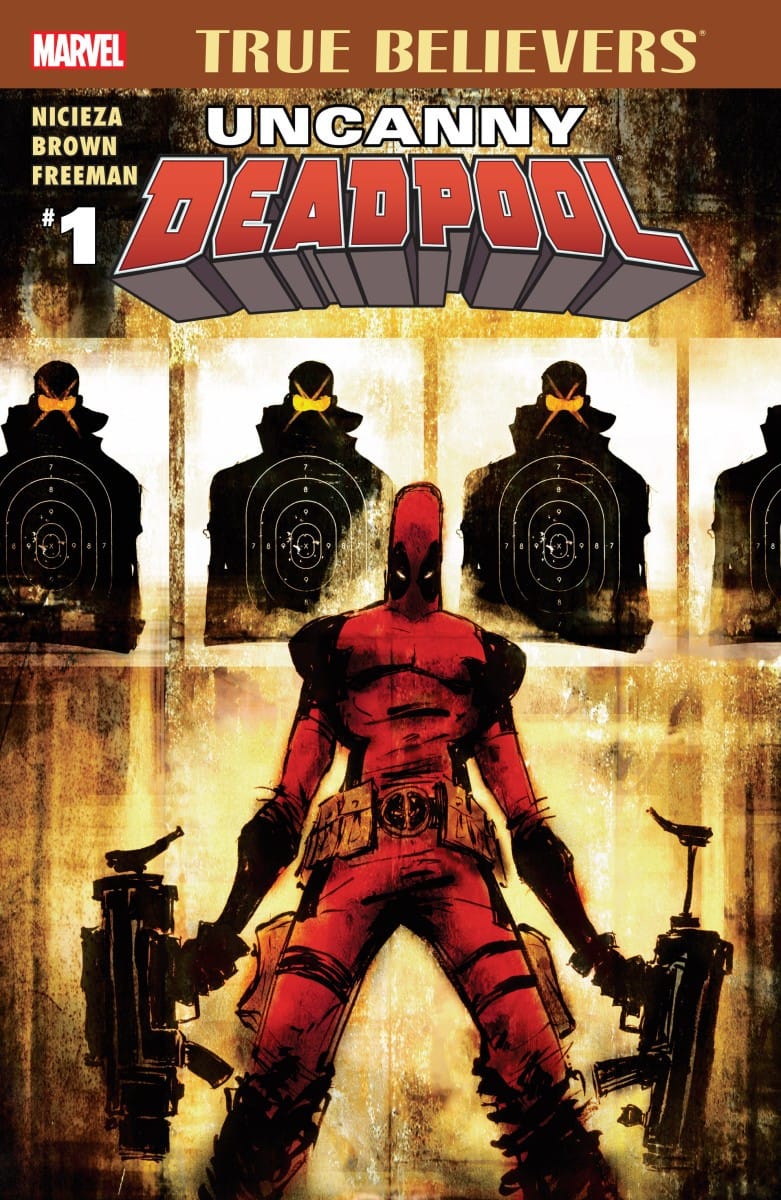 Before we begin, let’s go over a brief history on our red and black vigilante. Wade Wilson was diagnosed with cancer and offered a cure in exchange for being a guinea pig in the government’s Weapon X program. Unfortunately, the testing didn’t go well. The experiment advanced the cancer, scarring the outside of his body and causing mental damage. He was then sent to camp, with all of the other failed experiments, where he would eventually be executed. The inmates of the prison took bets in a deadpool on who would be executed by the warden next, which is when Wade came across his newfound powers. This is how Wade Wilson came to be known as Deadpool.

Let’s start off with a few True Believers comics that came out this week which are all about our raunchy friend. I had the privilege of reading two of them: UNCANNY DEADPOOL #1 and DETECTIVE DEADPOOL #1. Now, it’s important that you know that you can pick up any of these True Believers comics on Deadpool without knowing anything about him. They explain who he is and what he does in the beginning of each issue. Deadpool comics are the type of stories that are humorous, action-packed, and hero-esque. They will always make you laugh while still telling a good story with all of the punching, kicking, and screaming that you would want in any superhero-themed comic book.

UNCANNY DEADPOOL #1 is a story about the merc with the mouth and Weasel, his weapons maker, who are tasked with finding Agent X, an old friend of Wade’s. Here’s the catch, though: throughout most of the story, Deadpool is the size of Ant-Man because he was exposed to some Pym particles before the story even began. So, throughout the entire issue, he fights his way through Hydra enemies, all while the size of an ant, to save his friend. The humor in all of this is that when he finally gets to his friend, he sees that he’s not in any trouble at all. The only trouble that Agent X was in the whole time was being obese. Yes, that’s right, Hydra experimented on Agent X, taking away his healing factor and making him obese. That’s about as “Deadpool” as this comic is going to get. But I digress.

READ: Like Deadpool? Then check out DEADPOOL #5 Review: Consequences of Crazy!

Moving on to our next True Believers comic titled DETECTIVE DEADPOOL #1. We find Deadpool trying to solve the murder of a terrorist on Providence (Cable’s island). Throughout the entire investigation, he wears a trench coat like a detective from the Twenties, all while roaming around the island trying to find any link to the killer. The funny thing about this is that the suspect was strangled to death, and Deadpool’s looking for bullet casings through sewage. Again, the humor here is that Deadpool isn’t the shiniest bullet in the clip. Long story short, as Deadpool is looking for the killer, he matches all the clues to the one person who could have done it that was on that island. Yes, you guessed it, it was him. As to why he did it, you’ll have to read the next issue of DETECTIVE DEADPOOL.

Moving on to more recent matters, since Marvel’s reboot of the entire Marvel universe there have been a few changes. For starters, DP is now an Avenger. Although his teammates are skeptical of him, Steve Rogers seems to trust him. On the other hand, Spider-Man isn’t buying his act and has left the team. It’s hard for other heroes to trust Wade, since he isn’t exactly what you would call a hero. Does he save people? Yes. Does he always do the right thing? No. Wade Wilson usually puts a bullet in his enemy’s head instead of tying them up and leaving them for the cops to pick up, which is why it’s understandable that the other members of the Avengers are having some trust issues with him. Nevertheless, he is an Avenger, and all Avengers do right by one another… I hope. But I digress.

I mention him being a part of the Avengers because he has recently appeared on the cover of issue #4 of Uncanny. I consider this a big deal for Deadpool because, with the spotlight on him as the cover girl, it shows that he truly is an Avenger. But what is an Avenger? I believe that it’s someone who carries on the will of others who’ve been wronged, all so that they may seek justice. With Deadpool now as an Avenger this is what he will be standing for… again, I hope so.

LISTEN: If Deadpool isn’t your style then go check out our podcast, Episode 63: X-Men’s Storm, The Most Recognizable Black Superhero!

To wrap this all up, let’s look at the second trailer that FOX has released for the new DEADPOOL movie. There haven’t been many R-rated superhero films; in fact, I don’t think there have been any since PUNISHER: WAR ZONE back in 2008. Why aren’t there more R-rated superhero movies? Mostly because the superhero world is filled with more characters that are perceived as heroes than ruthless vigilantes like Deadpool and Punisher. But I digress.

Moving on to the trailer. I couldn’t be more excited for a superhero movie than this one. FOX accurately portrays Deadpool in a funny, vulgar, and rude way, just as the comics do. The trailer shows us new footage of Deadpool shooting his way through his enemies and leaving no one left standing. We also are given a look-see of other superheroes, including two of the X-Men, Colossus and Negasonic Teenage Warhead. We get a glimpse at what they can do in the heat of battle alongside Deadpool.

We’re still not sure if these X-Men are the same ones from FOX’s other X-Men movies because Colossus was originally played by Daniel Cudmore in previous X-Men films. The new actor playing Colossus is Stefan Kapicic, who hasn’t appeared in any X-Men films. However, Ryan Reynolds  returns to play Deadpool again like he did in X:MEN ORIGINS: WOLVERINE. Again, though, it’s unknown if this is the same Deadpool as the one in Origins, for in Origins, he did not don the black and red suit. There is a lot of speculation up in the air right now as to whether or not we will see Deadpool again in any of FOX’s other superhero films, such as GAMBIT and/or future X-Men movies. But for now we are happy with what we, the fans, are being given: an accurate representation of the comic book hero debuting in a movie of his own.

Do you think this movie will soar or tank? Do you think there could be a potential crossover between Deadpool and other heroes in the future? Tell us what you think about Deadpool in the comments below!