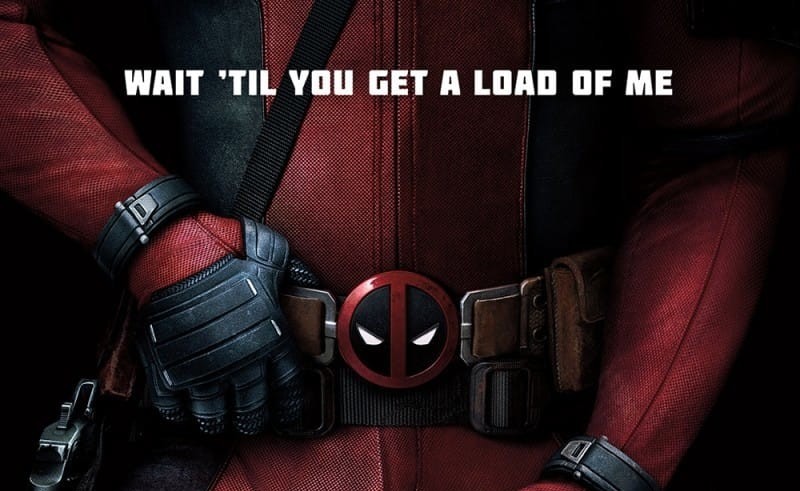 Since we all caught that film teaser of Deadpool cutting a bloody swathe through a bunch of mercenaries on a busy highway, a full on DEADPOOL movie was never far from our minds. Would it be good? Which way could they…

Yeah. Enough of that. Hey guys it’s me, the Merc with the Mouth. I had to interrupt there as this reviewer jerk dude was just gonna go on and on, and dramatically build up to the fairly obvious question of, just how awesome is DEADPOOL the movie? Well, I don’t want to toot my own horn, but it’s pretty fan f****** tastic… What? I can’t swear here? Well f***.

READ: We review DEADPOOL & THE MERCS FOR MONEY #1!

I really do love being on your racks… your comic racks! Dirty dirty minds.

Anyways, this guy was going to go on about the cinematography, that’s camera stuff to us poor layman out there, and the use of the messy enscene. I’m not sure what that means, but my movie does get pretty messy, in all sorts of ways. This is not your typical superhero film, and you should not bring your kids to see it (unless you’re a totally irresponsible parent who doesn’t care about the rules or your child’s emotional well being). From the moment the film begins (and those credits look so super sweet and slick), you get to see what I do best, and I also get to kill a lot of people. I had a fantastic director on board, whose name escapes me, but like, he was so chill, and really liked when I kept talking to the camera, or making comic/film references that only the audiences would get. Classic me, amiright?

These two writing guys, Rheet Reese and Paul Wernick really did a great job of telling my origin story through flashbacks interspersed between the film, because who hates waiting for the guy to be the hero? This guy does. I mean, who wants to see Peter Parker crying over his dead uncle again? They want that b**** to suit up, and I’m like “Suit up b****” and they’re like, “chill DP, you’re in your suit from the start,” and I’m like, “Yeah, just make sure we get some Wham! tunes in there.”

Such a great band.

So there’s lots of cool fights, and Ryan Reynolds, who plays me, and who I reference as an actor in this, which is so meta, was born to play me, if I wasn’t born to play me. He not only Mercs. He Mouths. Completely inside my tumorous skin for the whole film, quipping like he was possessed, and being an awesome version of me who didn’t suck in any other previous films where I might have had my mouth sealed shut. Morenna Baccarin totally kicked ass as my love interest Vanessa, with a nice mixture of playfulness and steely fire determination that is at the heart of the basic “guy meets girl, gets cancer, is experimented on, and turns into an unkillable superhero who must rescue her from the clutches of the British” story. Well, one Brit, Ajax, who’s like really really hard to kill, as he feels no pain and looks remarkably like Ed Skrein.

If you like action, adventure, romance, and kickass tunes with some over the top violence and steamy sex scenes, you should really watch ‘Basic Instinct’. But like, after that you should totally watch my film. It’s really really awesome. Okay, this reviewer guy is back, but I’m pretty sure I can…

What the…?  Yeah. What DP said. Apart from ‘Basic Instinct’, because you have to catch DEADPOOL at the cinemas. It is a laugh-out-loud, blood-filled, mutant-mayhemed movie of exceptionally awesome proportions (and I’m not just saying it because there’s a sword held to my throat).

ENGAGE: Head to our forums now to talk about the movie!