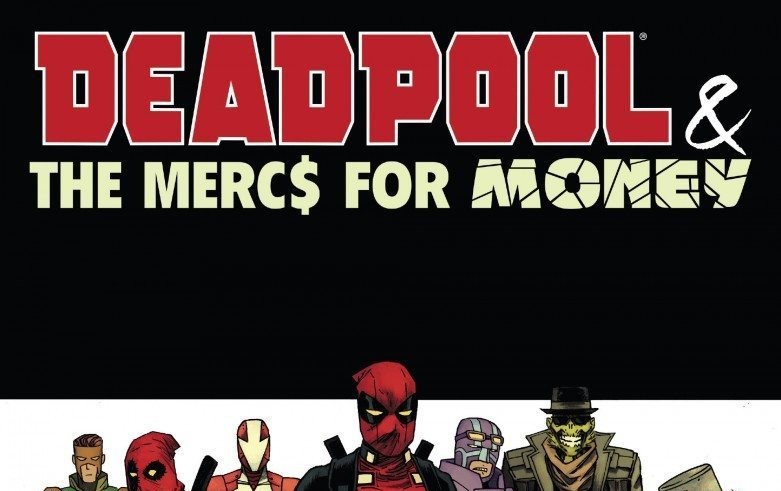 DEADPOOL AND THE MERCS FOR MONEY is a great mini-series because it sticks to a simple formula–put a bunch of crazy, lesser-known characters near Deadpool and watch what happens. It’s been a fun ride for the past four issues, and as a frequent reader of Marvel, I had a lot of fun seeing so many obscure characters used in a major title. However, I felt that the wheels fell off in this issue. Elements that made the first four issues fun felt forced and predictable in this one.

READ: Need to get caught up? Read our review of the previous issue!

The future-telling robot has finally reached its destination–the Ozarks Kingpin, a sort of underground, hillbilly version of the Kingpin. The robot talks with Evil Deadpool, and at last reveals his origins. He’s a Rigellian Recorder, an android made by an alien race to record events of the universe. He gained the ability to tell future events after being sucked into a cosmic storm that hurled him through time and space.

Meanwhile, our favorite mercenaries are about to deliver the robot safely into the Ozark Kingpin’s hands, when suddenly, The Crazy Gang–a group of insane mercenaries–shows up to steal the robot, and at this point, the issue lost me. It felt like they were cramming in more obscure characters just for the sake of doing so.

READ: Deadpool teams up with Daredevil, Power Man, and Iron Fist in DEADPOOL #13!

I was looking forward to a brawl between Deadpool and Evil Deadpool, which we do get briefly. However, I feel like the plot would have been better if someone reminded Deadpool that Evil Deadpool is what he becomes if he falls down the slippery slope of mercenary-ing. It’s a really interesting psychological part of Deadpool’s life. Imagine having to fight your evil dopplegänger and realizing that you are actually the same person. Instead, we get Evil Deadpool stabbing Deadpool in the face, and later being blown up by a grenade. It felt like a huge missed opportunity. 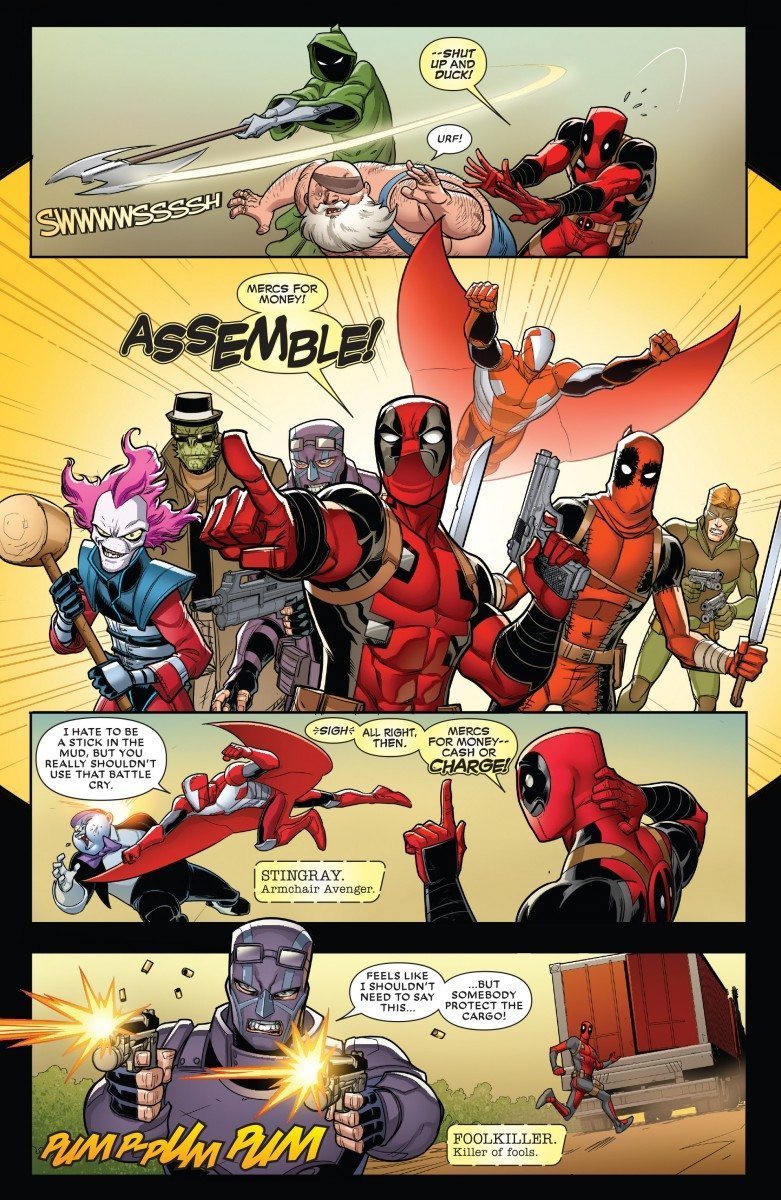 The same problems emerge when it comes to characterization. This missed opportunity could have added some profound self-realization for Deadpool. Doing so would also add some depth not normally seen in a five-issue mini-series. To add insult to injury, the other characters in this issue did not have much time to shine. They had a few throwaway lines and fired off a few bullets in the fight scene, but it seemed like the plot was spread too thinly to have any real time for them to develop. Frankly, the superficiality in this issue in terms of characterization and plot made me question how good the title will be when it’s released as a regular series in coming months.

READ: Check out what Deadpool and Spidey are up to in their crossover series!

The art in this issue was decent enough to save it from being a total let-down. The use of color adds a sense of vibrancy that always lightens the tone of a comic about hired killers. It visually supports the sense of humor of the title by making carnage more comical. My favorite panel was when the robot told about his experience seeing all of time and space. It was fun to look at all the infinite possibilities and wonder how things could have played out. Sometimes art can be used for the simple purpose of providing cool things to look at, and this spread did just that. 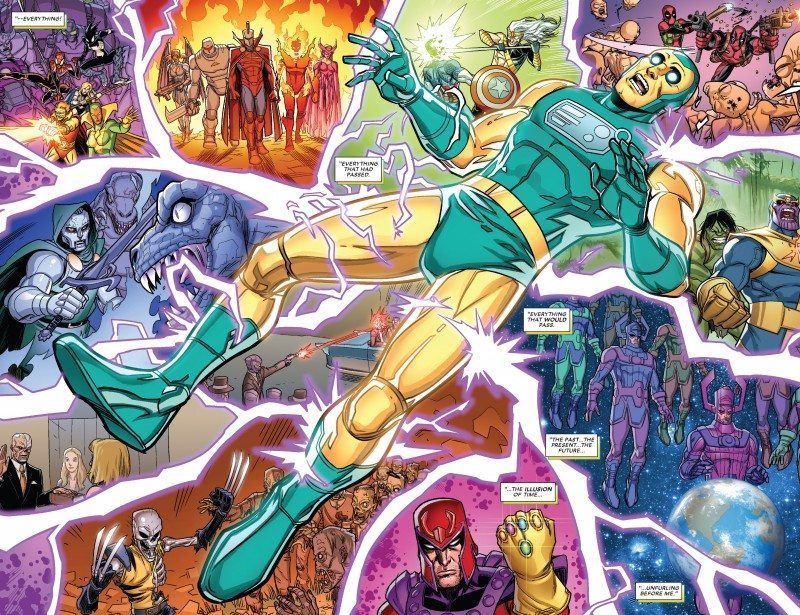 This issue was a disappointing conclusion to an otherwise fun and exciting mini-series. I wouldn’t judge the whole series on this one poor issue, but it is definitely is a let-down that, hopefully, won’t spoil the rest of the series in hindsight.