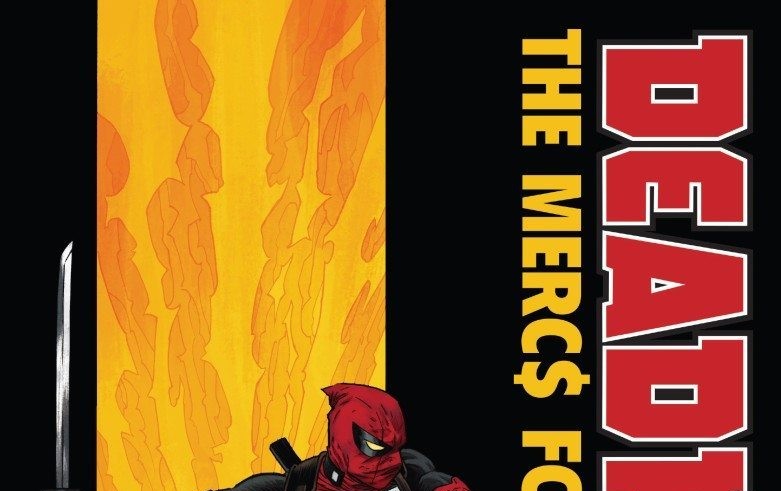 Let’s get one thing out of the way. I like DEADPOOL AND THE MERCS FOR MONEY way better than the current run of DEADPOOL. Deadpool is at his best when he has lots of people to bounce off of and interact with. As crazy and unpredictable as he is, he becomes that much crazier and more unpredictable when he has an audience. His assembling a team does exactly that.

Deadpool and his team have discovered a robot that predicts the future. They then decide to do what every cutthroat, deadly mercenary would do: sell it to the highest bidder! The baddest of the baddies have all gotten word of this bot and set their deadly sights on Deadpool and anyone standing in their way.

READ: Love Deadpool but don’t know where to start? Read our starter guide to the merc with a mouth!

What really sells this issue is how it’s able to rope in so many characters for a single purpose. In the regular Deadpool title, it would have felt like a plot like this was taking away from the central character. This title does a better job of keeping Deadpool at the center of the narrative by having him help tell the story and introduce characters in a very Deadpool-y way. This also serves as a good way to introduce more obscure characters readers may not be as familiar with. I love this because it’s a good way to get people into comics. (We’re very much about that here at Comicsverse! If you couldn’t already tell.)

It’s a great plot element that fits very well into a story that involves so many characters because it keeps things from getting overwhelming. It also matches up with the art well. The art reminds me a lot of Daniel Way’s run on DEADPOOL. It’s cartoony, and Salva Espin does a good job using these cartoony elements to contribute to the humorous parts of the issue, like making Deadpool’s eyeholes on his mask emote. This makes it all the more shocking when something gory happens, like when Deadpool gets his nose shot off by an arrow.

The Characterization in this issue is also solid. We get to see Deadpool as a goofy money grubber. What’s also interesting is getting to know the other members of the Mercs for Money. They all go out in search of buyers for the robot, and it’s fascinating to see how their relationships work when Deadpool isn’t around. It also offers up more opportunities for art. Their search for evil buyers takes them from corporate offices to the depths of Hell itself. I love it when artists take a chance like this, and here it feels ambitious without trying too hard to draw too many different scenes or characters. Basically, we see the interpersonal mechanics of the team are being explored, and that’s what makes it a unique read. I love seeing this group dynamic and that’s the heart of this issue.

Even thought it is only the second issue, I think a lot of great things are in place for future ones. You have a group of distinct characters (united by a common–interest in cold hard cash) coming together and causing general mayhem. It’s off to a great start, and I can’t wait to read more.