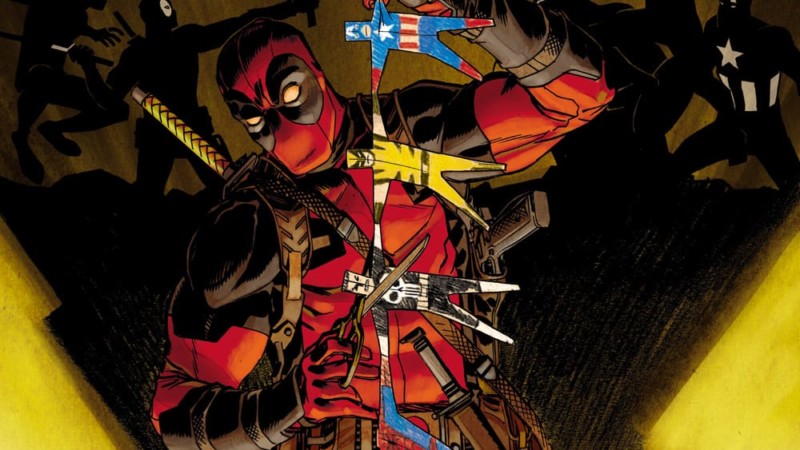 If you found 2016 one crazy year, you probably forgot how Deadpool went bonkers and killed the entire Marvel Universe in 2012. Well, this year, things are about to get ten times crazier as Marvel dropped some interesting (and horrific) news. Deadpool plans to get his dirty hands more bloody. How? By killing the entire Marvel Universe, one more time! DEADPOOL KILLS THE MARVEL UNIVERSE…AGAIN?! returns in July 2017 for an all-new five issue series!

The synopsis for the all new DEADPOOL KILLS THE MARVEL UNIVERSE AGAIN?! series is as follows:

READ: Do you love Deadpool just as we do? Take a look at our analysis of DEADPOOL AND THE SECRET DEFENDERS?

Yes, Deadpool’s murderous, violent and nihilistic side once again rears its ugly head this summer. So folks, don’t let his silly jokes fool you. The Merc with a Mouth is thirsty for blood, and he’s primed to murder his friends and foes. He might be one of the funniest superheroes of all time, but the man in red spandex’s humor is darker than Katy Perry’s horse. Of course, that’s precisely the reason we love him!

We loved watching the Merc with a Mouth go on a killing spree and take down all of our favorite Marvel superheroes and villains in 2006. Seems like it’s going to get even more brutal as DEADPOOL KILLS THE MARVEL UNIVERSE…AGAIN?! reunites Cullen Bunn and Dalibor Talajic. Yes, the creative team behind the original series returns. The two made a fantastic team when the original DEADPOOL KILLS THE MARVEL UNIVERSE broke all kinds of records.

READ: What else is new with Marvel? A SECRET EMPIRE #1 teaser trailer!

On top of that, Cullen Bunn stated in an interview with Marvel.com: “Writing [the original] DEADPOOL KILLS THE MARVEL UNIVERSE was such a blast for me, so of course, I wanted to return to that well at some point. I wouldn’t have pursued it unless I thought we have a new kind of story to tell and some interesting and unexpected angles to explore. The tale that we’re presenting here definitely gives us something new and exciting, so it’s time to pull the trigger!” Cullen Bunn’s quote makes us even more thirsty for blood in DEADPOOL KILLS THE MARVEL UNIVERSE…AGAIN?!

READ: Need more announcements from MARVEL? See our article about the ALL-NEW GUARDIANS OF THE GALAXY Revealed in an Exclusive MARVEL press conference we attended!

Therefore, my dear True Believers, get ready to mark your calendars! Indulge yourself in bloodshed and laughter this summer! DEADPOOL KILLS THE MARVEL UNIVERSE…AGAIN?! is on its way to your local comic book store and digital devices. The first two installments go on sale July 2017.