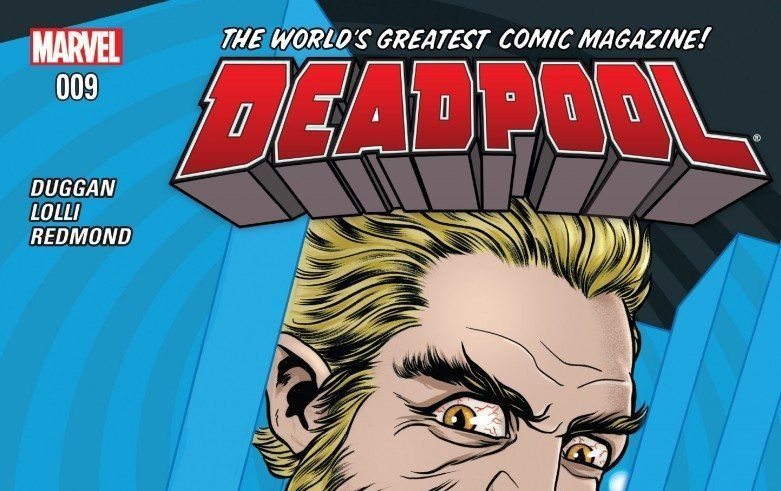 DEADPOOL has been starting to redeem itself after a rough start. He’s finally back to what he does best: traveling all over the world, hunting down people, and killing them. This issue provided some flashback material that shows that Deadpool and Sabretooth–whom Deadpool has sworn to kill after mistakenly thinking he was the murderer of killed his parents–aren’t all that different.

Last issue left off with Sabretooth at Deadpool’s mercy, but in this issue’s opening, we see he isn’t going down without a fight. The first few pages are packed with Deadpool and Sabretooth cutting large chunks out of each other…and of course, a school bus full of children rolls by during their fight. I loved this moment because it felt quintessentially DEADPOOL. A fight stopping because they don’t want kids to see the gore? Textbook hilarious. 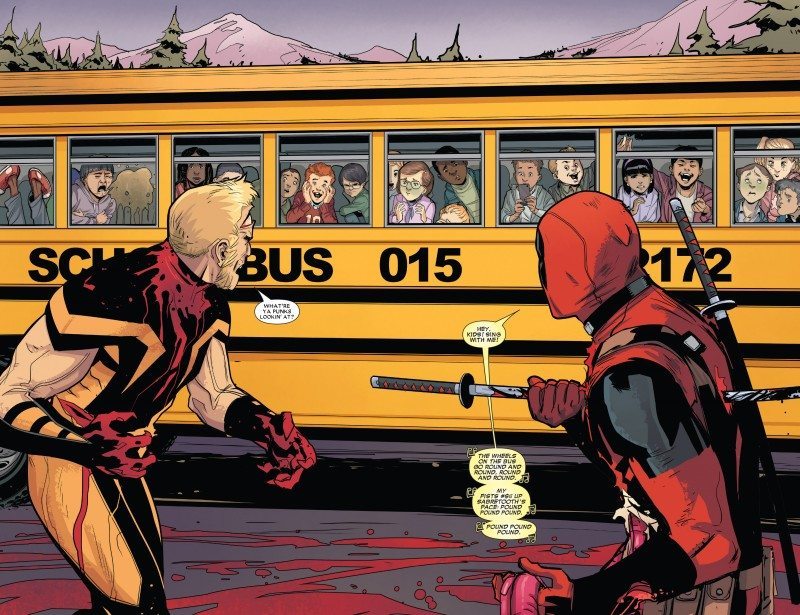 The art still feels a little too cartoony to be able to depict violence without looking somewhat cheesy. The copious amounts of blood though, do help. The cartoony aspect is fitting for the children’s expressions at the scene, but I’m still not totally convinced this is a fitting aesthetic for a comic like DEADPOOL. Otherwise intense moments are somewhat trivialized by the brightness of colors used. I’m a fan of the level of violence depicted, it’s appropriate for a DEADPOOL book, but I’m not quite satisfied with it artistically yet.

READ: Behind on the Merc With a Mouth’s new series? Check out our review of DEADPOOL AND THE MERCS FOR MONEY #2!

The plot and characterization have gotten a lot better. Turns out that Deadpool and Sabretooth have a lot in common. Like Deadpool, Sabretooth was neglected and treated like a freak. We see this in his flashback. At first, I was mad that a DEADPOOL book was devoting so much time to someone who isn’t Deadpool. I then realized this similarity and let go of my nerd rage. It’s an interesting plot element, and I can see their relationship becoming a compelling and important theme in the book. Sabretooth describes it best to Magneto. 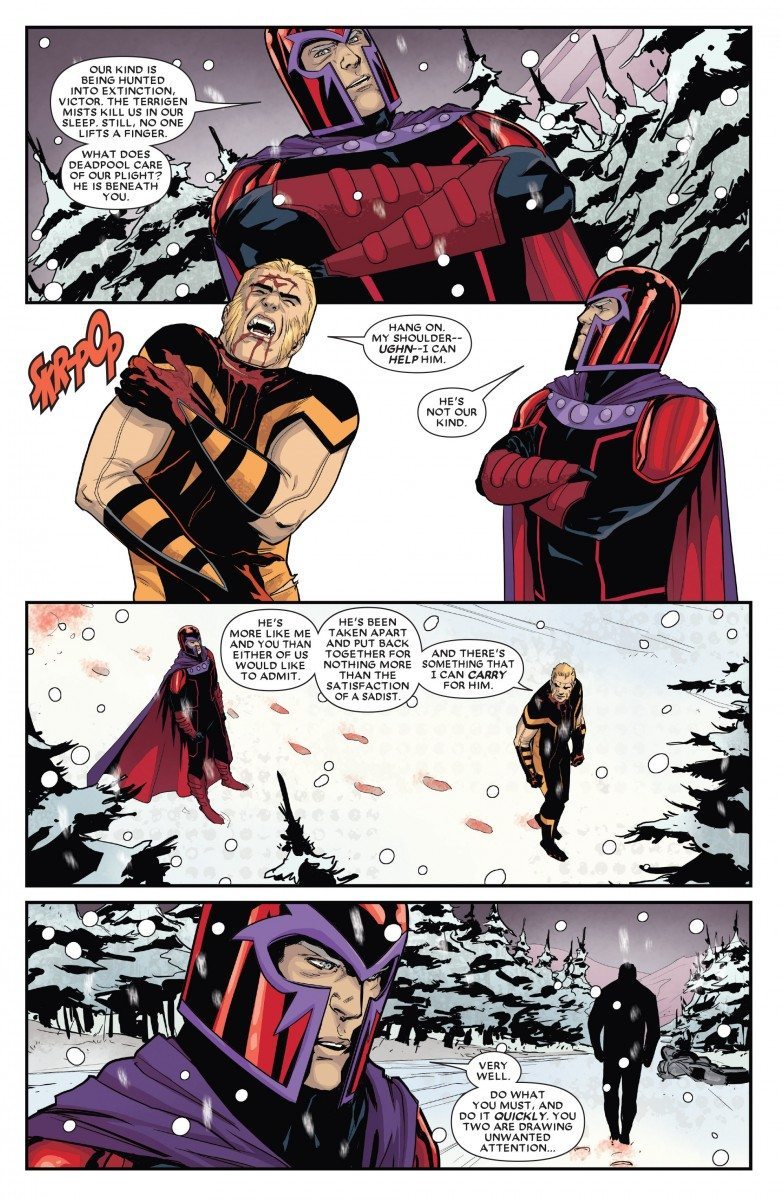 The best artist moment in this issue was the flashback Sabretooth has about being brainwashed into killing Deadpool’s parents. Everything is done in shades of blue, which conveys an eerie dreaminess and deceptive calm that really fits the tone of the story. It also created a good contrast with Deadpool’s signature red suit. 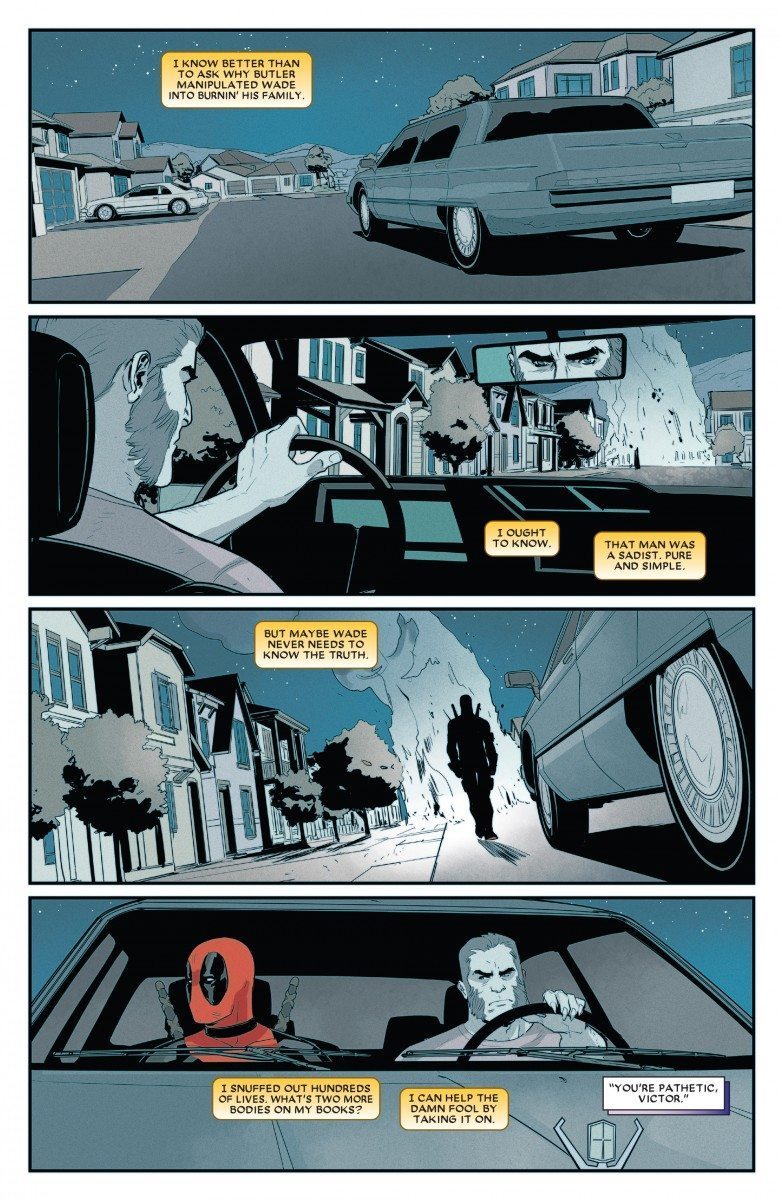 The part that bothered me about this was that Sabretooth’s flashbacks about being chained up like an animal in his childhood weren’t done in the same style. I felt that this could have created a more consistent motif throughout the issue. It was a missed opportunity to capitalize on an excellent idea.

Deadpool’s characterization still shines through. He makes some great jokes to the school children about wanting to murder Sabretooth and demonstrates new and fantastic ways of doing so, like scalping by katana. Seeing him so confused and bloodthirsty these past few issues has been great, and it seems like his business with Sabretooth is far from finished. Hopefully, the book will find its footing artistically, but the relationship between Deadpool and Sabretooth is clearly headed somewhere great.