DEADPOOL has finally taken steps towards shifting the balance away from the Mercs for Money, focusing on Deadpool and his search for answers about his past. This issue mostly deals with Deadpool’s mission to find out who brainwashed him into burning his parents alive. I’m glad to see that this arc is at last moving along, but it still leaves a lot to be desired.

We open with the Mercs for Money completing various jobs and receiving pay for their particular brand of ass-kicking. From there, we move onto Deadpool resuming his quest for answers about who brainwashed him. He interrogates various underground scumbags and refreshes their memories with steel and lead, but this is nothing we haven’t seen from the character before. This time, however, he is haunted by Madcap and sees him in hallucinations. 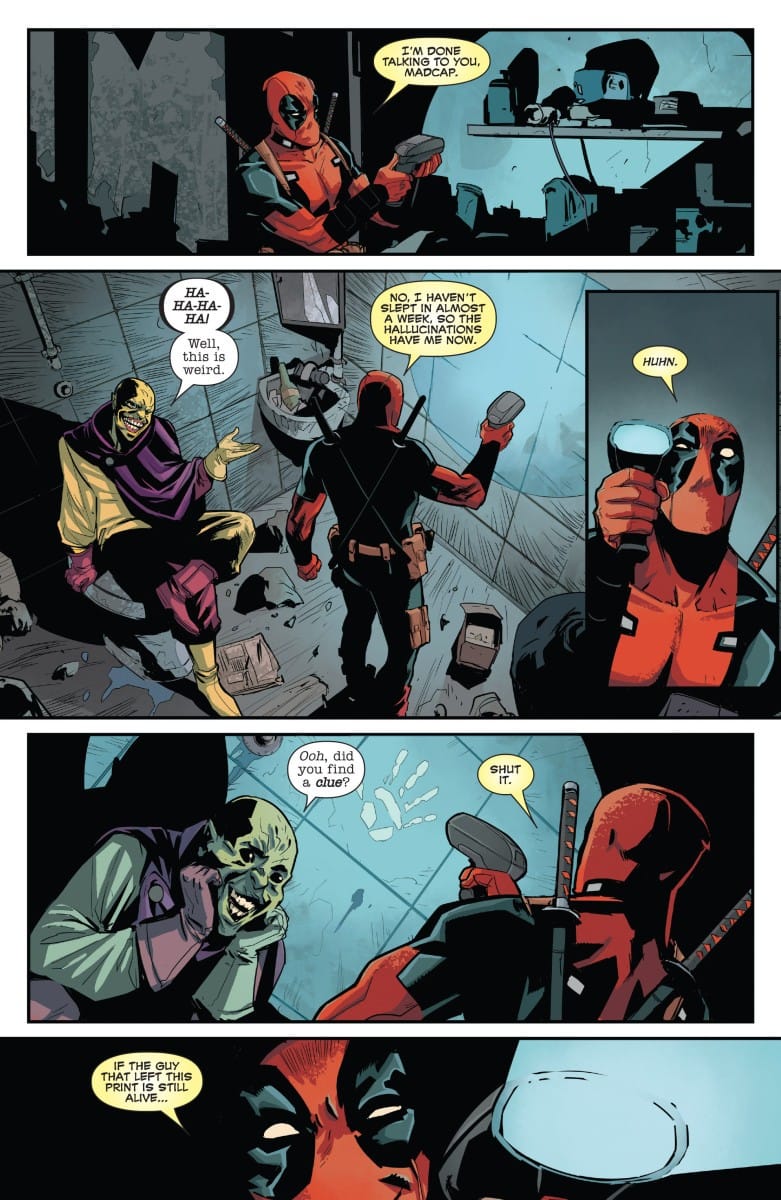 Fighting Madcap clearly left Deadpool with many unanswered questions, and seeing him plagued by this is great character development. Unfortunately, it’s a technique that is only used in this one instance. I think the rest of the issue could have benefited greatly from Madcap taunting Deadpool at every turn. It would have given him someone to engage with on a deeper level and would have allowed the series to demonstrate his psychosis and self-doubt. I hope this is something we see more of in the arc; I would be disappointed if it was only present in this issue.

I also feel like the art in this issue could have been done a little better. The art appears blocky and doesn’t handle dark moments well, and we see this prominently when Deadpool clotheslines Sabretooth with piano wire. Though it was nice to see Deadpool demonstrate how smart and ruthless he is, the facial expressions didn’t match the intensity of the action. In other words, the art fails to deliver on the same level as the plot and characterization. That being said, I love the cover. 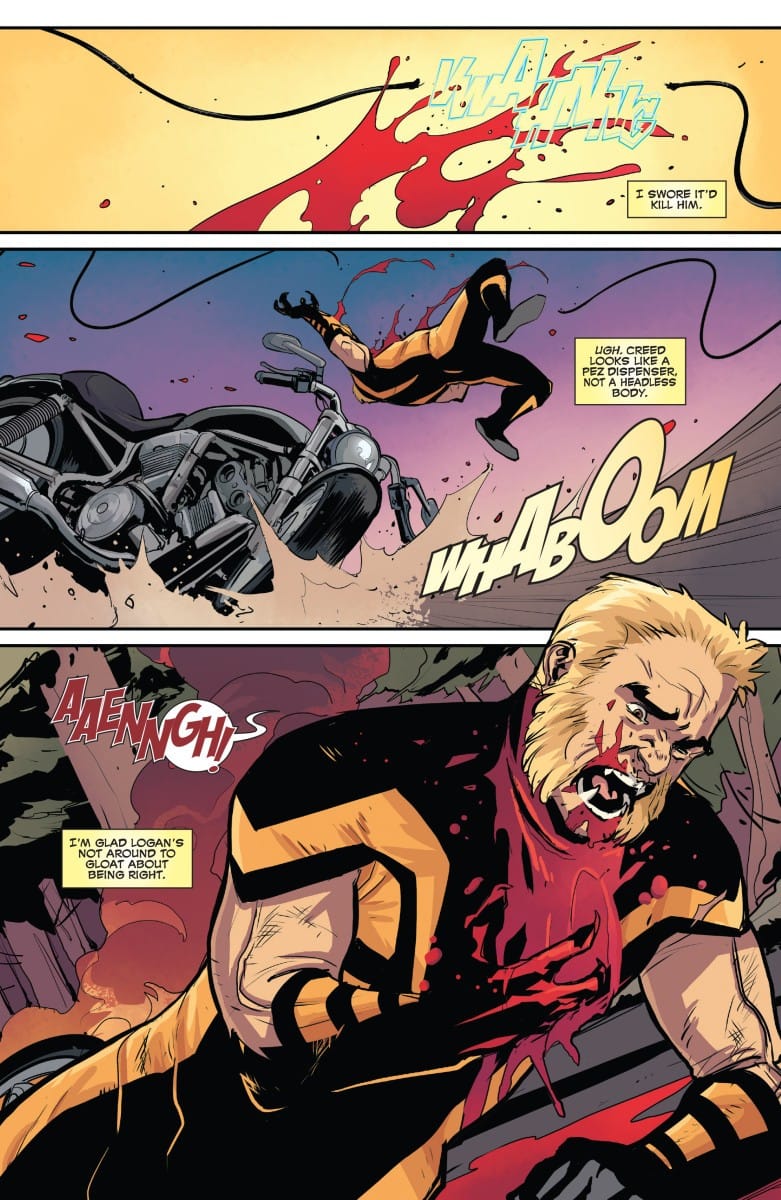 READ: Want to read DEADPOOL but don’t know where to start? Check out our DEADPOOL starter reading list!

My beef with this issue is the same it’s been since the beginning of Deadpool’s new run: there are some great ideas thrown around, but the execution is lacking and inconsistent. All in all, this wasn’t a horrible issue. Like the rest of the recent Deadpool run, it’s hit or miss. I think the plot and characterization are gaining momentum, and the creators are using interesting elements to tell their story, but the art is a little plain and doesn’t show the same level of skill. Overall, the series has begun to find its footing in some respects, but it’s far from achieving its full potential. Despite my grievances, I still think that this issue is fun, and I feel like there’s a lot of great things coming for the future of Deadpool!