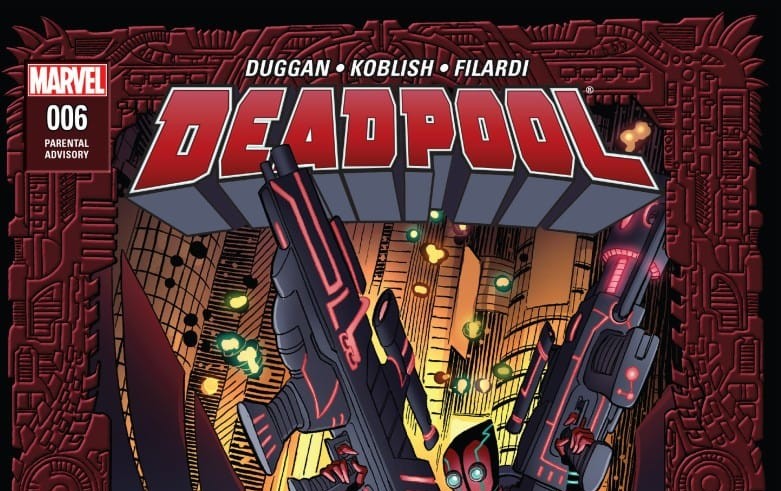 DEADPOOL #6 takes us to the year 2099, where Deadpool has a brand-new suit, weapons, and a flying robot pterodactyl.

Yeah, you read that right. A cloaked figure is beating information out of innocent bystanders on where to find Deadpool. The intel this mysterious figure gets is, “You don’t find Deadpool, she finds you. And when she finds you, she straight-up deads you.”

I know what you’re thinking. “I thought Deadpool was a man?” Well, this is Wade’s daughter taking up her father’s mantle. She takes after her old man, blasting futuristic NYPD officers midair with her massive laser guns. When she gets overwhelmed, she calls in her cyborg-like henchmen (“The Bobs”) for backup. She then literally jets off to her home base where the original Deadpool (henceforth referred to as Wade for simplicity’s sake), now bearded, old, and withered, is tied up and forced to watch C-Span as a form of torture. 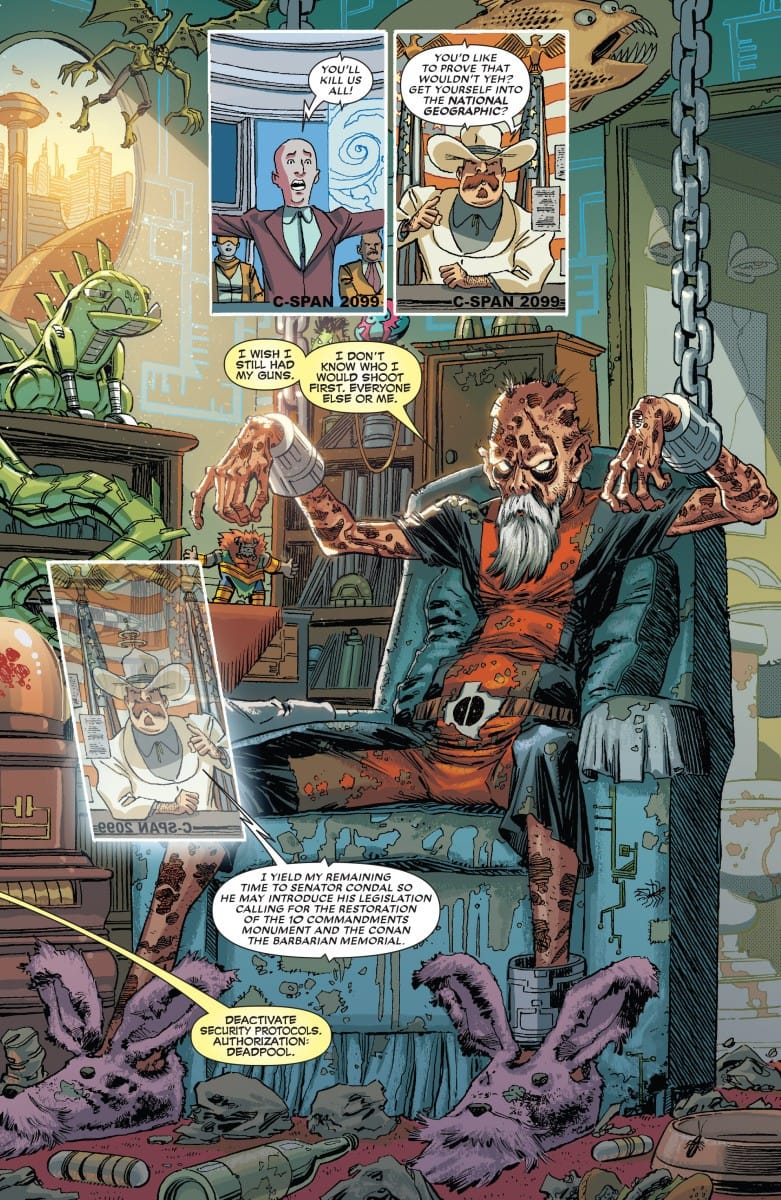 She wants Wade to give her some information he can’t remember. We see a truly amazingly drawn flashback in which Wade describes his falling out with the new Deadpool’s mother. I love this scene because it goes all-out with monsters, robots, and everything else that 10-year-old Mark doodled when he was supposed to be doing math homework.

The new Deadpool tells her father she wants him to hurt as much as he hurt her and her mother before leaving him to suffer through more C-Span. Later, the Bobs meet up with a person named Rose with her namesake projected around her head before getting jumped by the cloaked figure from the beginning, claiming, “I want Deadpool to know I’m coming.”

READ: Check out our review of DEADPOOL #5!

While this issue offers some amazing art, I can’t help but feel disappointed in how a few things are explained to us about this new Deadpool. Yes, I loved watching Deadpool fly along the futuristic NYC skyline, but we never learn why she’s wanted by the police, or how she became a vigilante. Also, why would Wade’s daughter take up his mantle if she hates him so much? How did she manage to capture the original Deadpool?

Before we can even ask how this came to be, we’re suddenly thrown another plot element: the torture of Wade. Forcing him to watch C-Span was a great way to provide commentary on contemporary American politics, and watching Deadpool cringe at a hurricane detection center get defunded because a hurricane caused by the superheated ocean had the “foreign name” of José is pretty funny.

After last week’s issue, I was looking forward to seeing how Wade would deal with his obviously conflicted psyche. It felt rushed and out of place that the reader is suddenly thrust so far into the future after such a powerful issue. And, frankly, the 2099 setting feels incredibly gimmicky. I wouldn’t have as much of a problem with it taking place in the future if the story behind this futuristic Deadpool got a bit more development. Without the proper story background, the art feels a bit ridiculous, like it was drawn for the sake of being drawn. 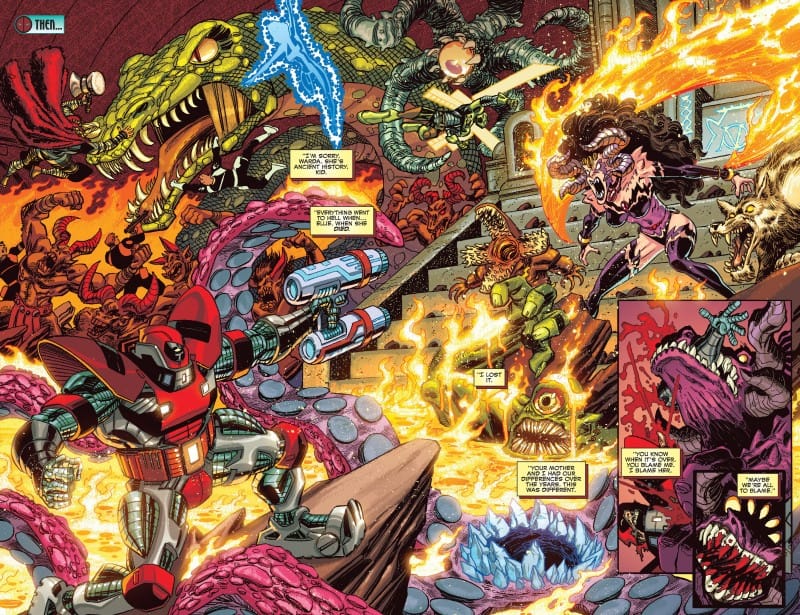 That said, it is some really cool art to look at. There’s a ton of detail, and the new Deadpool suit resembles the old one enough while still looking really cool and futuristic. Same goes for the Bobs. They all still have the color scheme of Bob’s Hydra suit but the cyborg appendages remind us when we are.

Overall, I felt this was an issue that missed its mark. The setting made all other elements of the issue feel hollowed out. I felt it became less about the relationship between Wade and his daughter and more about showing off the flashy future. I feel like there’s a lot to be done with a character as screwed up and hilarious as Deadpool, but those expectations simply weren’t met in this issue.