Did DEADPOOL 2 fridge Vanessa? Well, yes. Even if the authors didn’t it to be, Vanessa’s death is a textbook case. Her death catapults Wade’s man-angst, which in turn launches the plot of the entire movie. The fact that the creators of DEADPOOL 2 haven’t heard about fridging is probably one of the largest reasons that they fridged Vanessa.

Fridging might be making a comeback, specifically because we’ve “forgotten” about it. DEADPOOL 2 is far from the only example of fridging… it just happens to be the most obvious, straightforward use of the trope. In forgetting about sexist tropes, we collectively stop looking out for them and stop policing ourselves when it comes to writing less sexist stories.

As a quick review, we’ll go over what fridging is. It has, thankfully, been less of an issue in modern comics… although that doesn’t mean the problem has disappeared. In fact, it seems that because it’s been less of a problem, and people have let their guards down, it’s making a bit of a comeback. It’s important, because of this, to go over what fridging is, and how our awareness of it started. 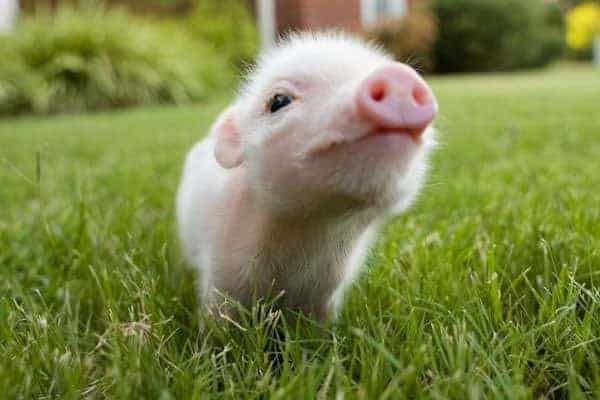 Important note: instead of sharing pictures of violence against women, all graphic depictions of dead/injured women in comics/movies have been replaced with baby animals.

“Fridging” is a term for when comics (and nowadays, any piece of media) kill off a woman in order to propel a man’s character arc or plot. It can refer to particularly gruesome and dehumanizing deaths—in fact, its namesake is a reference to one—but it doesn’t necessarily have to.

The term itself comes from two sources. Gail Simone created a website named Women in Refrigerators to start chronicling women that comics killed off. The website’s title comes from a notable death in the Green Lantern comics—when Kyle Rainer comes home to find his girlfriend’s body, dismembered by a villain, in his refrigerator. 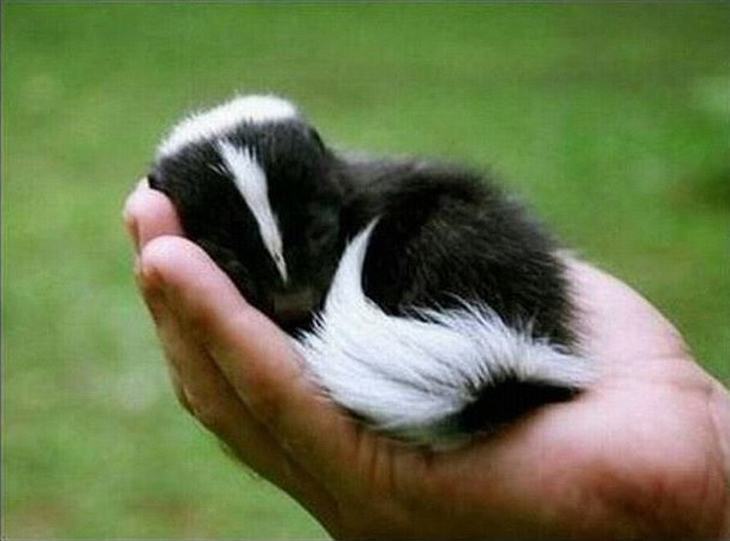 I could show the screencap of Kyle’s dead girlfriend, but instead of spreading more graphic images of women’s death, look at this baby skunk.

Sacrificing women for men’s stories is not uncommon in the slightest. While no one has updated the list on Women in Refrigerators in a while, it still makes a powerful point. In fact, if anyone were to update it to reflect today’s comics, the list would be much longer and list multiple deaths for some characters.

Throwing Tropes To The Wayside

For a while, comics have been trying to be progressive. In fact, it’s pervasive enough that plenty of people have been getting angry about it. When recent comics release new characters that are women, or people of color (or, god forbid, women of color), the white dudebro audience seems to lose their minds.

However, while it’s true that comics have added more diversity as of late, there’s still a long way to go.

ComicsVerse Collab: The Powerful Women Of The MCU #WomensHistoryMonth

The upside to more awareness of diversity is that a lot of unsavory tropes are being outmoded. There’s been a push to redesign old, sexist costumes for superheroines, stories aiming to actively counteract stereotypes, and more. It seems that many stories nowadays are working towards not using sexist tropes, or purposefully subverting them. 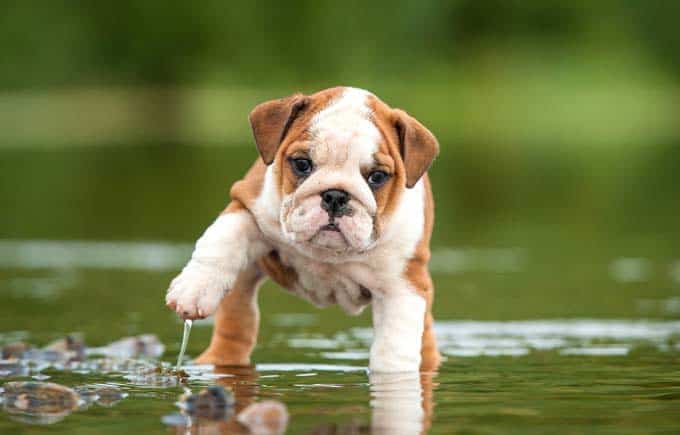 I could pull up a panel of Gwen Stacy’s death, but instead of making you see more dead women, here’s a puppy!

However, a new problem has raised its ugly head due to this. It seems we’ve forgotten sexist tropes of the past in our effort to be progressive. Like long-forgotten evil in any sort of fiction story, when we forget harmful things we give them a chance to fester and grow. Forgetting tropes means leaving them unchecked — it means no longer keeping an eye out for sexism in certain story aspects. In a sexist society, that’s never good.

Marvel and Fridging (& Some Near-Misses)

It’s already clear that DEADPOOL 2 fridged Vanessa. The defense of it being a “knowing” spoof of the trope was out the window as soon as the creators admitted they didn’t know what fridging was. The idea that all is fixed because of the after-credits scene still ignores that women are being used as props (their deaths being used as props) for men’s stories.

I could post a screencap of Vanessa’s death in DEADPOOL 2, but instead of being sad about sexism, you can be happy about baby animals for 2 seconds.

Fridging may not be as discussed, but some of the notable examples stick with us. The tension for some comic book fans was palpable in SPIDER-MAN: HOMECOMING when Peter rescues Liz from the elevator shaft. While it’s doubtful that the film would’ve killed her off, the lasting fear from Gwen Stacy’s death is something that’s stuck with a lot of Spider-Man fans. Even when nothing bad necessarily happens, the idea that women are always at risk in stories like this stays with us.

There are examples where things get muddier, as well. Was Gamora’s death in INFINITY WAR something that would fall under “fridging”? If you ask me, I’d say yes. Gamora’s death was for no other purpose but to further the plot and emotional arcs of two men (Thanos and Peter Quill), making it fall under the category. Then again, how is Marvel supposed to keep from fridging women when there’s only six of them in their films?

Is DEADPOOL 2 a Red Flag?

I think the most important question we ask ourselves in light of Vanessa being fridged is whether fridging is coming back. I’d say it’s trying to — but it hasn’t yet. There’s enough backlash currently that I think we’ll be okay. The trope can be put back underground and forgotten… and hopefully eliminated from stories even further. After all, is there any real reason to force audiences to watch Gwen Stacy die again? Or to have Barbara Gordon be shot and paralyzed again? 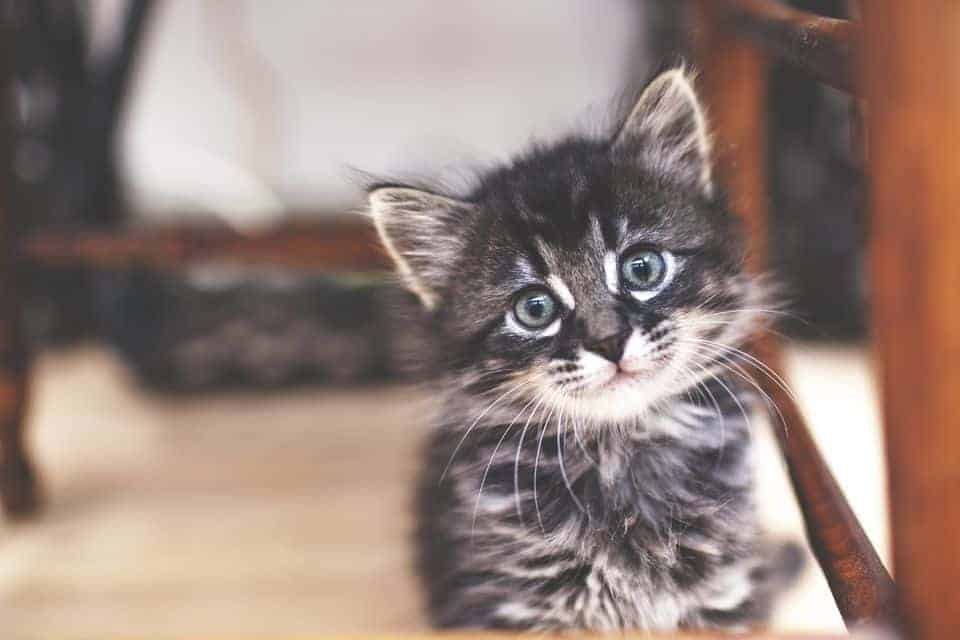 Instead of — well, you get the point. Here’s a kitten.

That said, getting rid of a trope can’t mean forgetting about its existence. Eliminating sexism from our stories isn’t a result of forgetting sexism, it’s a result of staying aware of it. In a world where most creators are still men, the fact stands that media made without keeping sexism in mind… will probably be sexist. Sexism is the background radiation of our lives. It seeps in even where we don’t want or expect it unless we protect ourselves from it.

In the end, DEADPOOL 2’s creators could have prevented this by giving a bit more thought to how women’s deaths function in media. Since that ship has sailed, it’s now our duty as viewers and/or fellow creators to move forward. Sometimes, sexism doesn’t show up in our media due to sinister, insidious planning.

Sometimes, sexism slips into media because things slip our minds. DEADPOOL 2 may be a bit of a warning sign, sure. However, the entire point of warning signs is that they can help us prevent disaster.

How To Fix This

Sadly, the problem can’t be fixed by baby animal pictures, and we can’t travel back in time, unlike certain heroes. What creators can do is keep mindful of tropes. Tropes in and of themselves aren’t a bad thing — there’s a reason tropes happen in the first place, after all. That reason is that humans tend to fall into patterns when it comes to interpreting symbols.

Water symbolizing rebirth is a trope, and there’s nothing wrong with that. The issue is tropes that are outright harmful. Fridging is just one example — there’s plenty of other sexist, racist, transphobic, and other harmful tropes out there. The key is staying mindful. Comprehending that society is sexist and that we aren’t magically exempt from that is endlessly important for everyone, but especially creators. 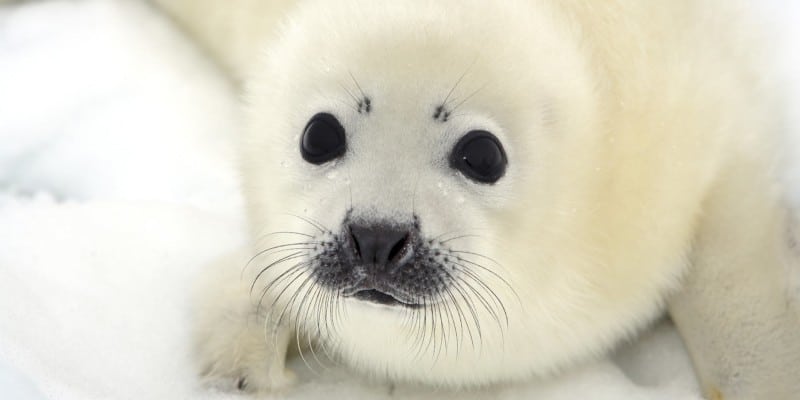 See this seal? They believe in your ability to unlearn sexist storytelling techniques!

Stories influence people and influence society. There’s solid, concrete proof that fiction affects our viewpoints in real life. Meaning that when creating, it’s vital to examine whether your work is hurting people. Especially in the cases of privileged creators, who may not even notice what they’ve done, it’s important to step back and ask yourself if your work could feed into negative stereotypes or ideals. The issue with fridging, at its core, is that it presents women as props for men — living existences that only matter for the emotional impact they’ll have on the men in their lives.

Truly look at the stories you’re creating or consuming. Ask yourself why some tropes are harmful — what the undercurrent is when stories sacrifice women for men’s storylines — and examine if those are present in these stories. Slowly but surely, we can unlearn the damage that’s been called, as long as we stay aware.