There have been lots of rumors floating around the past couple of months regarding Tim Miller’s exit of DEADPOOL 2. The internet has a lot to say about his departure but Miller hasn’t spoken out about it until now at a CG Garage podcast.

DEADPOOL turned out to be one of the biggest successes of 2016. Miller and Reynolds knew exactly what the anti-hero needed on screen. Unfortunately, all the rumors pointing to Miller’s exit are true. Allegedly, he and Reynolds had creative differences involving the movie’s casting of Cable, as well as the style of the movie. Miller wanted BLOODLINE’S Kyle Chandler for the role but Reynolds would not have it. It was noted that Reynolds didn’t want a stylized, big-budget movie; he felt it would steal from what made the film a success. The rumors stated Miller wanted a budget that was triple of what it entailed for the first film. The internet is floating with all types of rumors like these, but in the end, they all turned out to be just that: rumors.

Looking at CG Garage’s 100th episode, Kyle Chandler was featured along with Chaos Group Lab’s Christopher Nichols and Oblivion director Joseph Kosinski. The podcast went live for the first time and Miller was generous enough to speak on DEADPOOL 2 for the first time. He addressed some of the rumors in the air and stated:

“I just want to say one thing to the geek audience out there, because it’s important to me what the geeks and nerds of the world think because they are my brothers and sisters. I didn’t want to make some stylized movie that was 3 times the budget. If you read the internet – who cares, really? But for those of you who do, I wanted to make the same kind of movie that we made before because I think that’s the right movie to make for the character. So, don’t believe what you read on the internet. I wanted to do the same thing. Kyler Chandler was not going to be Cable. All this stuff that I read kind of kills me.” 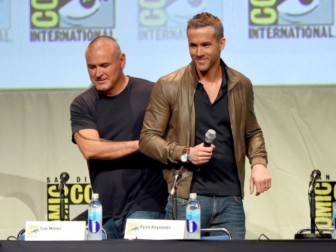 READ: IS IT STILL MORAL TO BE A FAN OF THE AMC’S WALKING DEAD

So it turns out everything the rumors pointed to was pretty much false. Miller’s first words on his exit proves he didn’t want to turn the movie into what he thought he would. He shared the same goals as Reynolds, it was just the specific nature of their relationship. He confirms they had a great time producing the movie and it was one of the best experiences of his life. They had a few arguments post production but it was nothing that really jeopardized his relationship with the star or with Fox studios.

Miller’s amicable leave is really seen in this podcast as he only wishes Fox and the cast as well the best. “I wish them nothing but good – I hope it’s great. I hope it’s a great movie. Because I love the character and I think it’s great, and I love all the actors and I want to see them successful again.” This goes to show it’s hard to gather the facts on the internet but after some time, the truth shall rise. It’s been quiet for fans all over on the progress of the movie but from what we can tell, it’s still on track to reach theaters in 2018.