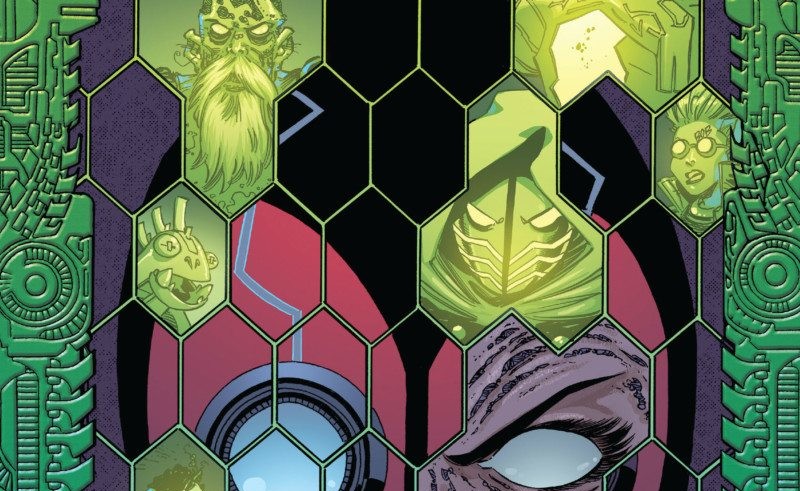 I will never understand why the DEADPOOL creative team decided to throw a wrench into their own gears by interrupting the momentum of their own series with another installment of DEADPOOL 2099 every five or six issues.

Like the previous installments, this issue feels rushed. The creative team clearly had many ideas for what to do to transport the reader to the year 2099 in terms of setting and characters. The small artistic details of the future are really fun to look at. But the pacing is so rapid that we don’t have any time to appreciate them. This also hurts the plot. I was barely able to keep up as I was reading it, and it definitely felt longer than a 20-page book should. I think this is because of what I said earlier—they’re trying to do too much.

READ: Need to get caught up? Check out our review of the last issue!

It’s difficult to even remember what happened in this issue because of how much ground they try to cover, but I’ll try my best: Deadpool’s daughter Warda wants to know where her mother Shiklah is, but Wade refuses to tell her for some unknown reason. Warda then threatens to unleash some sort of monster (with the help of the Bobs) to kill innocents unless Wade tells her about her mother. Warda’s half-sister Ellie joins Wade and a hologram of Agent Preston try to stop her. If you’re confused, you’re not alone.

The characterization suffers because of the plot. This “mini-series,” if you want to call it that, has been trying to do as much characterization as the main DEADPOOL series in a shorter amount of time. The development the characters go through doesn’t feel genuine because it’s rushed. Ellie has a warm embrace with Deadpool and Agent Preston, but we don’t feel that warmth because we were hurried into learning that Ellie has been the mysterious figure fighting against Warda. It’s clear they have a story in mind, they’re just trying to tell it too quickly. This leaves the reader extremely unsatisfied. 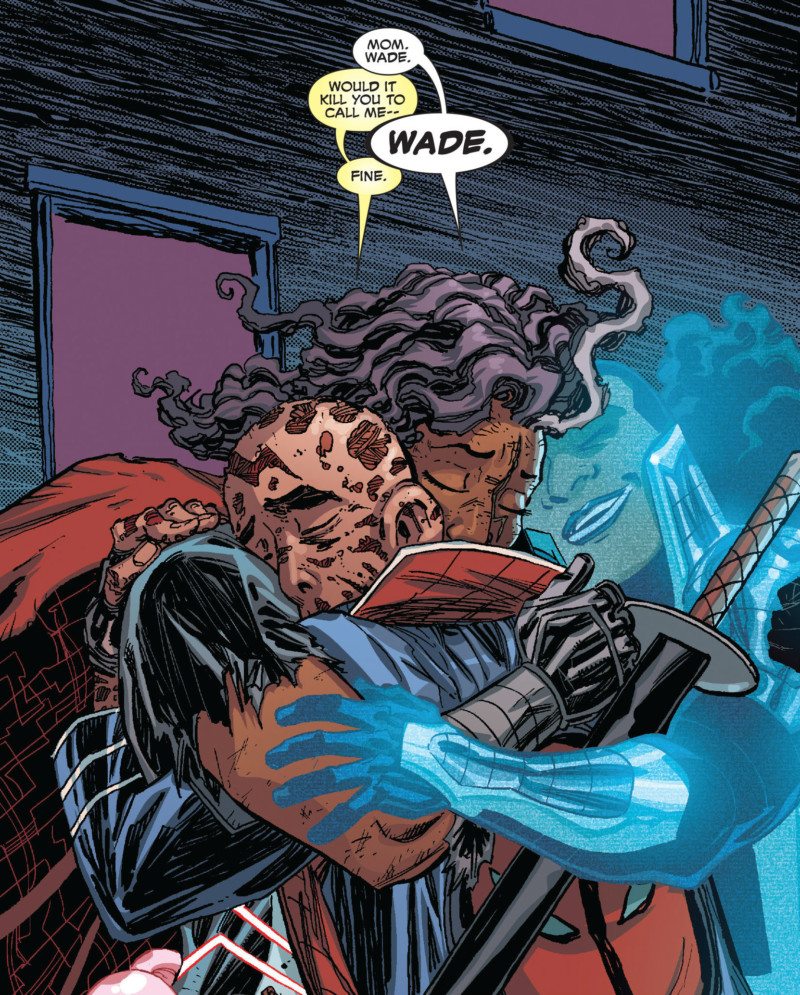 I have to give the art in this issue props. It does a great job of conveying the 2099 aesthetic, but like everything else in the issue, it’s distracting. I found myself always wondering why certain things were done. Why do these people have so many weird face tattoos? Why are Ellie’s feet glowing? Why does Deadpool have a costume stored away and more importantly, why does it have that big, dumb coat? This is obviously an issue of personal taste, but I found a lot of the art to take me out of the book rather than plunge me further into it. 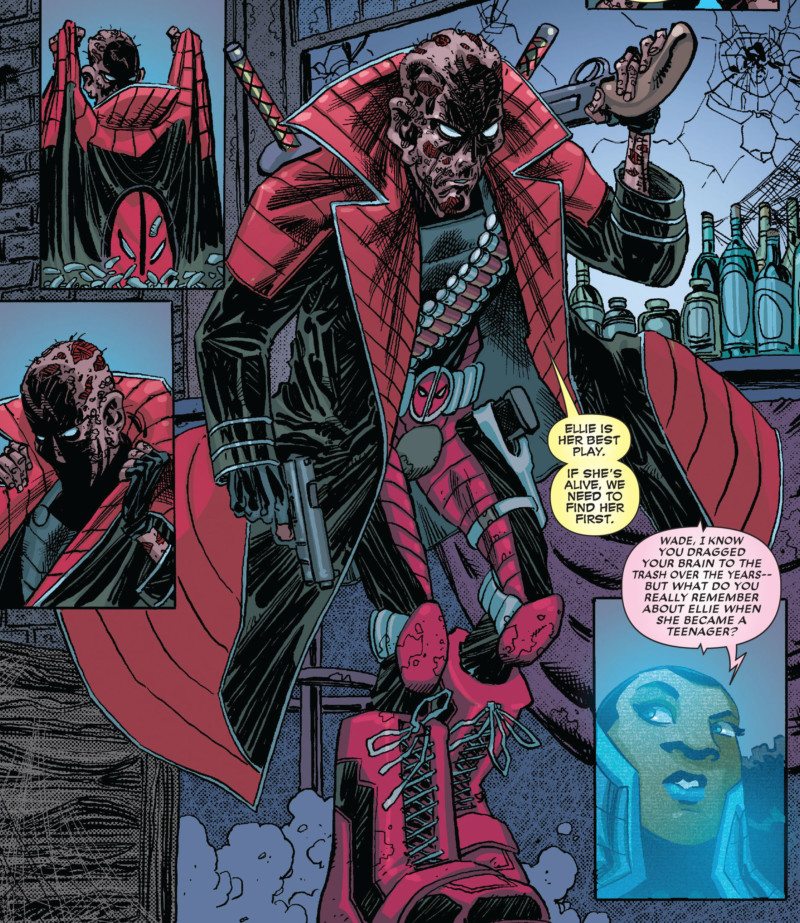 On the whole this arc would be much better in its own mini-series. But Deadpool already has a mini-series and shows up in lots of comics. This begs the question: why does this arc even exist? The best answer I can think of is that DEADPOOL has become an oversaturated franchise, and now they’re churning out gimmicks for profit. It’s pretty evident that this arc was rushed, and I’m not looking forward to its next chapter.