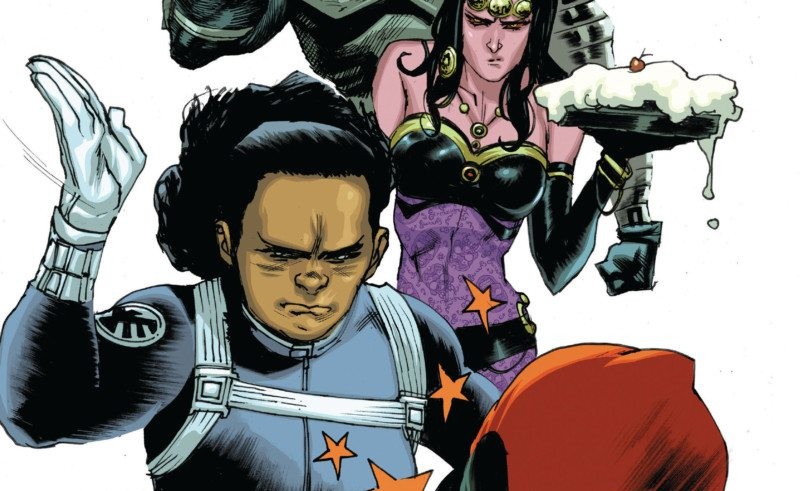 Deadpool is doing all of his best work outside of his titular series. I’ve loved his appearances in SPIDER-MAN AND DEADPOOL, among other series. This issue serves as a frustrating reminder that all the elements for a good DEADPOOL story are there–they’re just not being strung together well.

READ: Need to get caught up? Check out our review of the previous issue!

Deadpool has been on a losing streak. The Mercs for Money want his head on a silver platter because Deadpool hasn’t paid them. He’s also been busy running the Uncanny Avengers, which has started to take a toll on his home life. Shiklah has felt neglected and taken several demon lovers in Deadpool’s stead. This issue picks up right where #17 left off, with Deadpool in a leopard-print thong, smoking gun in hand standing at the bedside of his wife and the splattered brains of her werewolf lover. The couple then gets into a domestic dispute for the ages. Neither pulls any punches as they brawl across Manhattan. There’s a really intense emotional moment between the two that looks like it could really send Deadpool off the rails, but nothing comes of it. 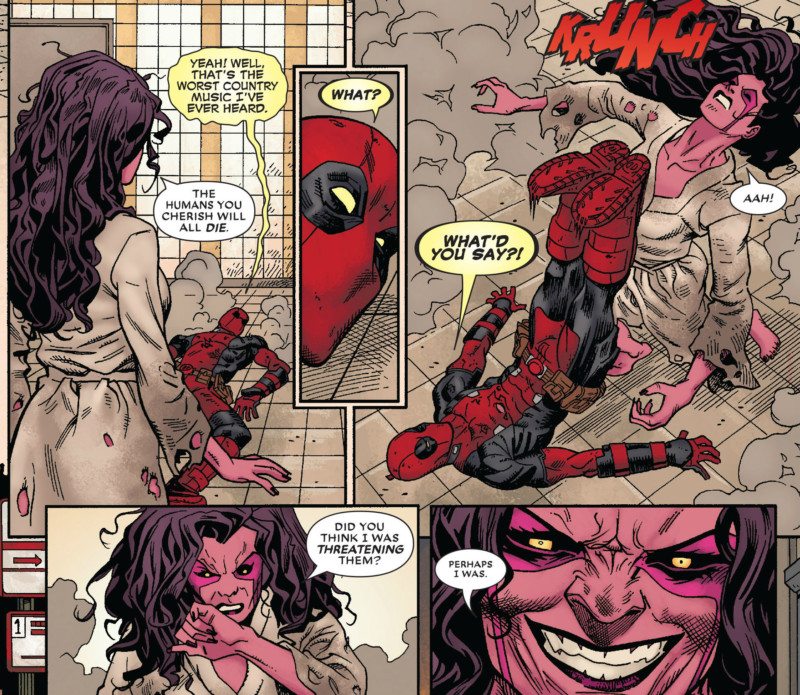 This clearly struck a chord with Deadpool because he’s finally being recognized by people as the hero he’s always wanted to be. To hear his wife threaten these people and, by extension, his newfound self-worth is the worst thing that could happen to him. It’s a great set up, but there’s no payoff. The plot then scrambles along to Deadpool meeting with Rogue to go check on his daughter. In the middle of this, we learn that Deadpool is also disappointed in his efforts to restore the Avengers’ HQ. It’s just a lot going on all at once plot-wise, and none of it really gets the time it deserves to reach an emotional payoff for the reader.

In terms of characterization, this issue has similar issues with the plot. I was sick of seeing Deadpool being successful and was yearning for him to go back to his lovable loser status among other superheroes. He’s definitely hit a low point now–but it’s hard to feel the impact of it when the plot keeps switching to the other problems he’s facing. One could argue that these problems are reflective of Deadpool’s scatterbrained mental state, but for me personally, it feels like too much is being done too quickly.

READ: Wonder what Deadpool has been up to with his pal Spider-Man? Check out our review of their team-up series’ latest issue!

One of the redeeming moments of this issue comes at the very end when Deadpool takes a moment to reflect on how his life has spiraled out of control. It’s a quiet moment on the very last page of the issue with him standing on the ruins of the Avengers’ HQ looking down over the city. Finally we get a moment to let the dust settle and truly sympathize with Deadpool. The fact that I’m praising this one quiet moment in this issue speaks volumes about the series. This book has been way too crowded with subplots that we never get any time to process these events. For once, we can slow down and let the events sink in instead of shuffling onto the next plot point. 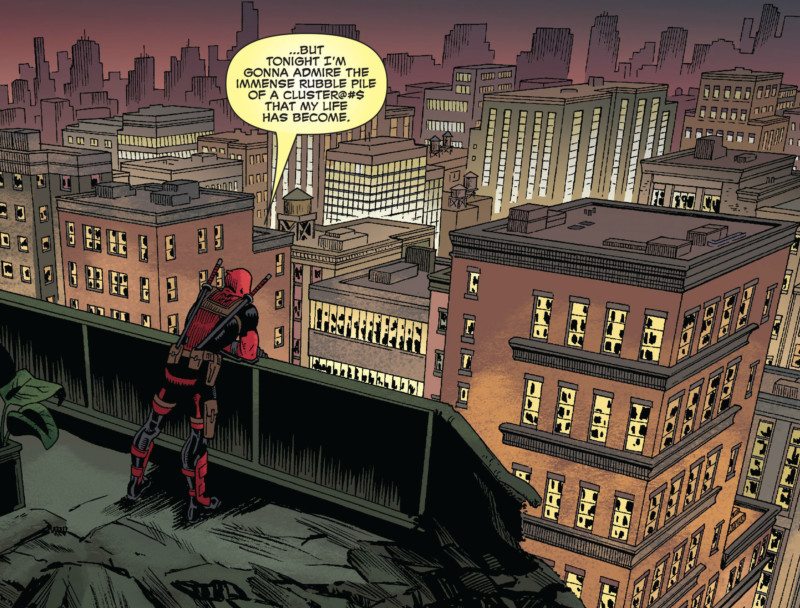 Another thing about this scene, it’s very well-drawn. The ruins of the HQ almost look beautiful while the city buildings look stark and imposing. It’s an interesting contrast, and it’s oddly serene. My other favorite artistic moment lies on the other end of the spectrum. We see Madcap slowly regenerating, and he’s even more hideous than when we last saw him. This was the first time in a long time that I saw a panel that truly freaked me out. It’s a great feeling. 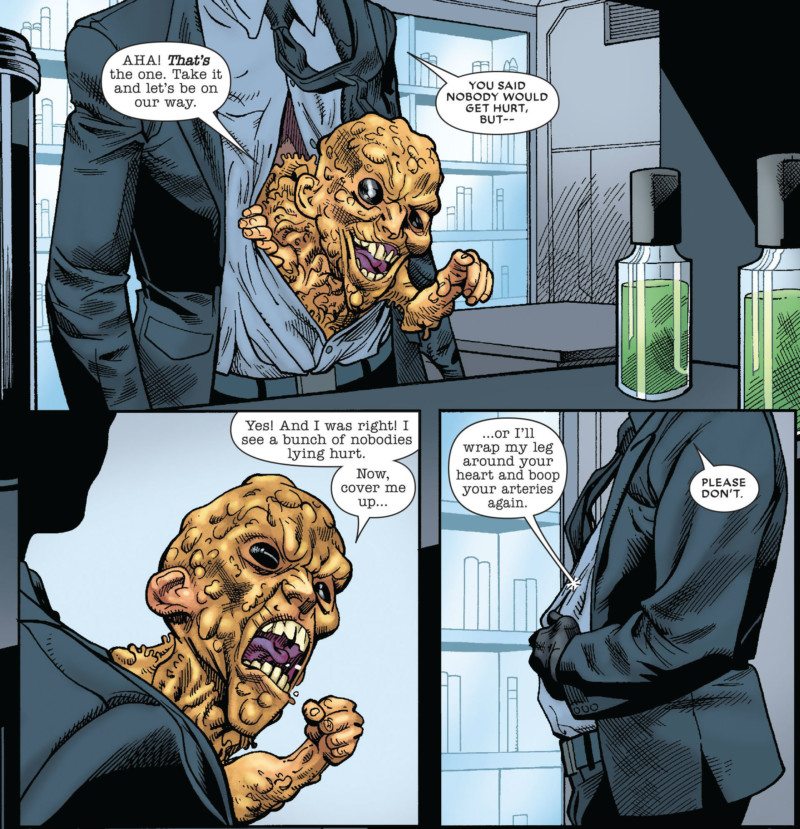 All in all, this is another mediocre Deadpool issue. We saw how good it could be when Deadpool has some self-realization, like when he fought Sabretooth a few issues back. He had time to think about his actions and newfound role, as well as some kick-ass moves. Hopefully the same is true for Madcap’s return.