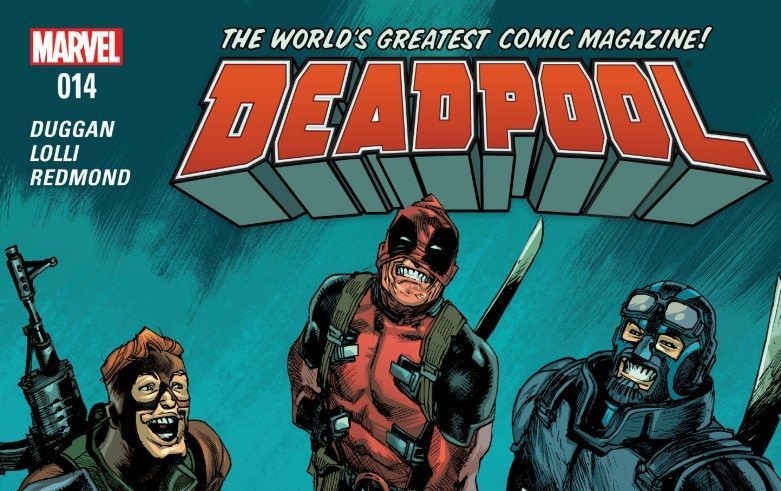 Deadpool has put together a very successful team as we have seen in DEADPOOL AND THE MERCS FOR MONEY, but the focus is on their leader instead in this DEADPOOL #14.

His team works for, well, money, but Deadpool has taken a greater interest in his Avengers team of late because he’s finally being recognized as a hero. As a result, the Mercs for Money are taking in much less money and are feeling neglected when suddenly, a giant Galactus-like being shows up and wreaks havoc through New York City.

I loved this plot setup but feel it was executed poorly. It is a valid concern of the Mercs for Money that Deadpool is not paying them enough attention, but this issue seems to focus more on the superficial side of the problem by having the mercs complain about not being funded properly. It makes sense, because they do after all have “money” in their team name, but I feel that it would have been better to address the emotional neglect they could be feeling at the hands of Deadpool. It would give us a way to look at the Mercs for Money as individual characters instead of a collection of money-obsessed thugs. 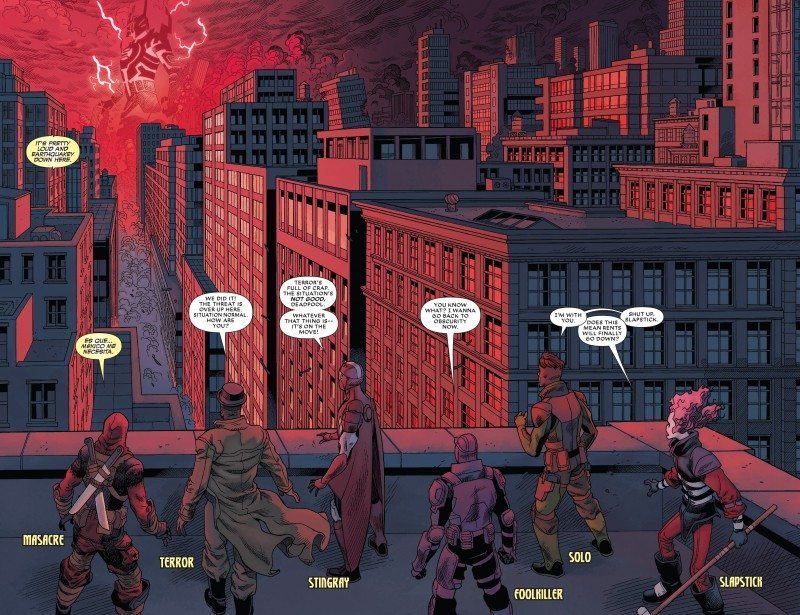 My other problem with this issue is that the major conflict of it is solved in a matter of three panels–Doctor Strange and the Avengers of the Supernatural show up and use a large energy blast to get rid of the giant. We never find out who this giant was or why it was bent on destruction. It is defeated as fast as it first appears, which makes me feel cheated. I was looking forward to a great action sequence, but instead, I got a quick solution to a conflict I didn’t really have any understanding of or investment in.

READ: Need more mercs in your life? Read our review of DEADPOOL AND THE MERCS FOR MONEY #4!

The characterization in this issue was flat because there was just too much going on. It’s another DEADPOOL issue that the title character doesn’t really participate in. Granted, this issue was a Civil War II prelude, so it does make sense that it involves a lot of characters and is likely setting up future events. However, this issue felt like it was rushing to get everyone to speak a few lines, or make a small contribution to the plot, and then shuffled them off. On the plus side, giving the Mercs for Money a reason to hate Deadpool made them more compelling characters, and the reader sympathizes with them for their anger at Deadpool’s neglect. While it is a step in the right direction, it was still underdeveloped. 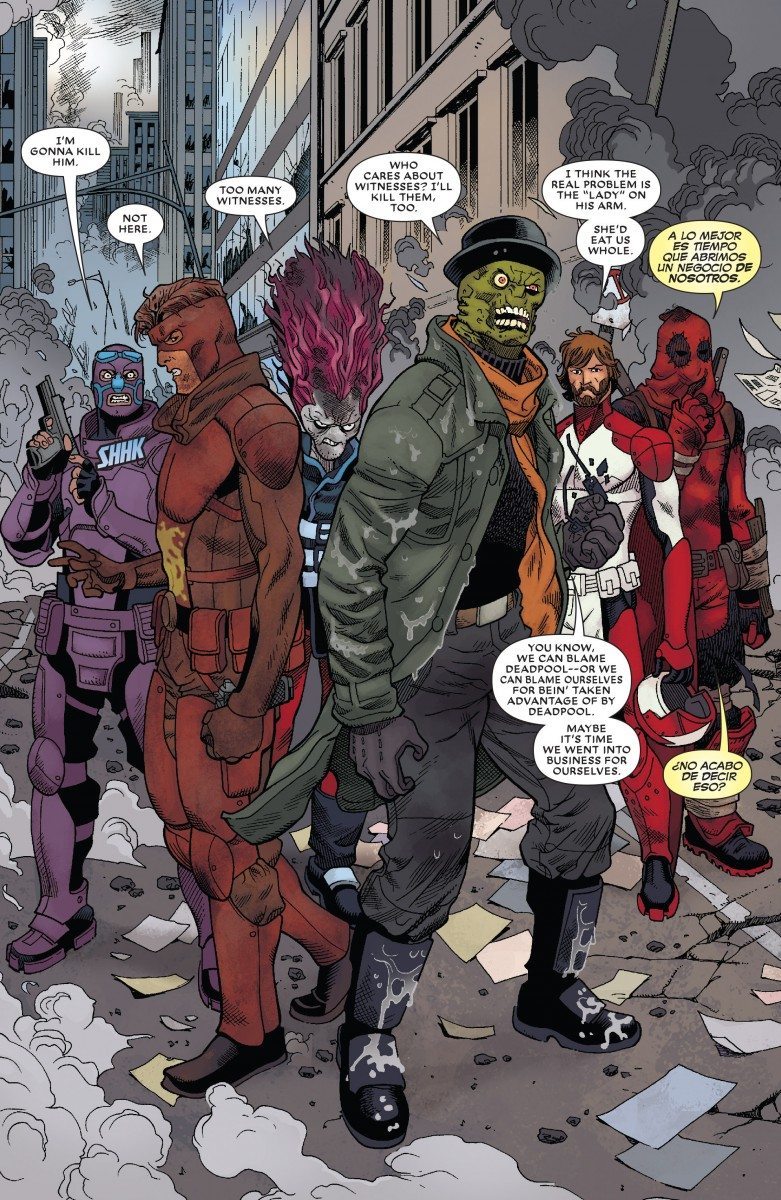 In terms of art, the red used to depict the background scenes when the giant was attacking was great because it added a sense of dire urgency, but I quickly became tired of it. The strongest artistic merit of the issue was by far the facial expressions. Lots of scenes with the giant felt too washed out in reds but were saved by the comically furious faces of the Mercs for Money.

READ: Need to get caught up? Read our review of DEADPOOL #13!

This new series has been very hit-or-miss. Sometimes things come together and make a fantastic issue, and sometimes they miss the mark by pulling in too many characters or not dealing with themes at the core. This issue of DEADPOOL was decidedly a miss.