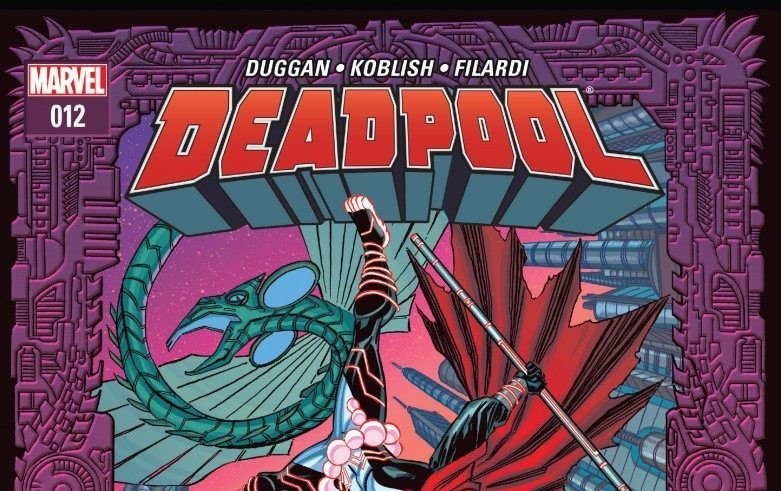 DEADPOOL has just finished up its second arc, and much like after the first one, we are handed another look at the Deadpool of 2099. The second chapter of this arc in DEADPOOL #12 is much like its predecessor: well-drawn with a lot of cool, futuristic elements but severely lacking in good plot and characterization.

This issue tends toward the flashy and futuristic and doesn’t spend any time developing any elements of the plot or characters. By the time we start to understand one, they throw a new plot element at you. It feels sloppy. I don’t mind the idea of having a DEADPOOL arc that takes place in the future, but I feel like it would be much better suited as a separate miniseries. Dropping it in every six or seven issues just doesn’t make much sense, and it interrupts the momentum present-day DEADPOOL builds. So, right off the bat, the plot of this issue is rocky to say the least.

READ: Deadpool and Spider-Man team up in their new series, SPIDER-MAN/DEADPOOL! Check out our review of the latest issue! 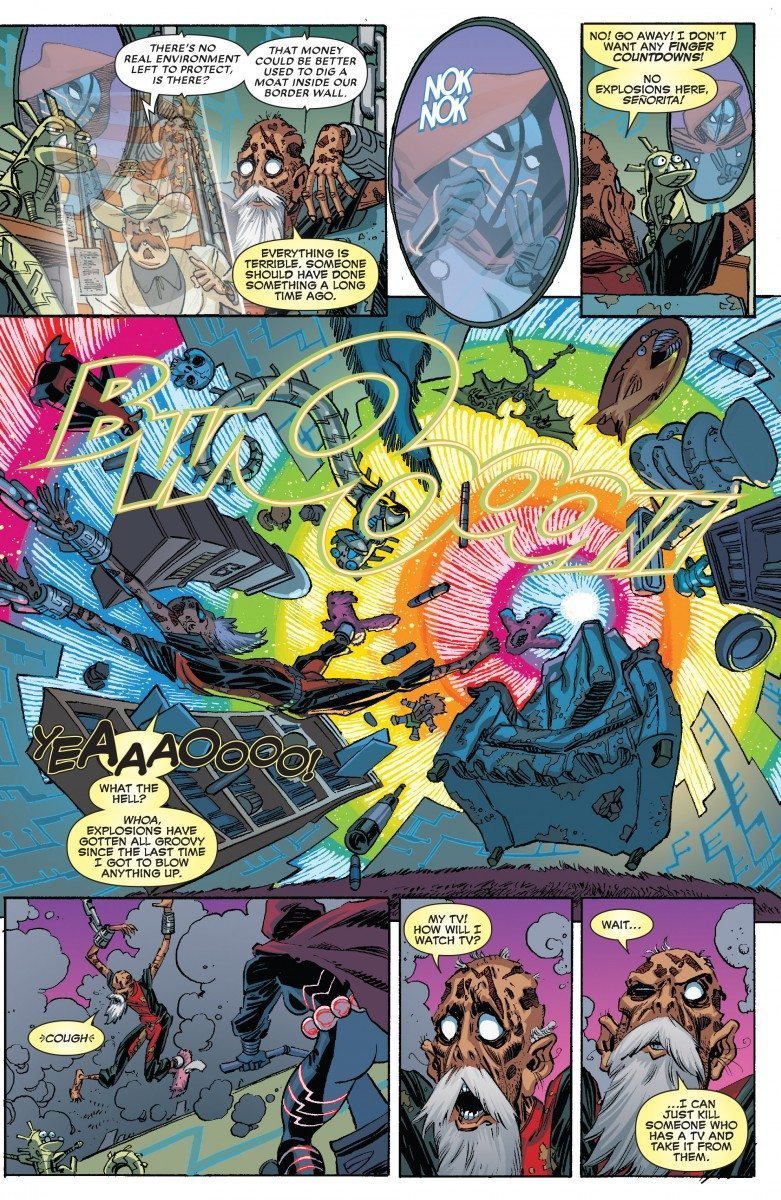 Unfortunately, the issue doesn’t recover from its rough start. The mysterious hooded figure from the last chapter rescues the original Deadpool from the prison his daughter, Warda (a.k.a. the Deadpool of 2099), has put him in. The hooded figure takes off with Deadpool with Warda in hot pursuit. It’s a cool chase scene, but we still don’t know who this hooded figure is and what she wants with Deadpool. Furthermore, we still don’t know why Warda hates her father so much that she locked him up for all those years. The plot moves along in the sense that there’s action taking place, but the reader is left in the dark on most these key plot elements. I realize that we’ll eventually get some answers, but reading this story issue to issue when they’re months apart is slow and frustrating when we’re given so little information and so many plot elements to juggle.

READ: Wonder what Deadpool’s like on a team? Check out our review of DEADPOOL AND THE MERCS FOR MONEY #4!

The characters suffer the same fate as the plot. We have a really interesting opportunity to learn more about Wade and Warda’s relationship and the identity of this mysterious hooded figure, but neither of these is explored to any extent. Warda simply chases this hooded figure all around the futuristic cityscape. Fortunately, Wade is still his same old self, and his jokes are the saving grace of this issue. 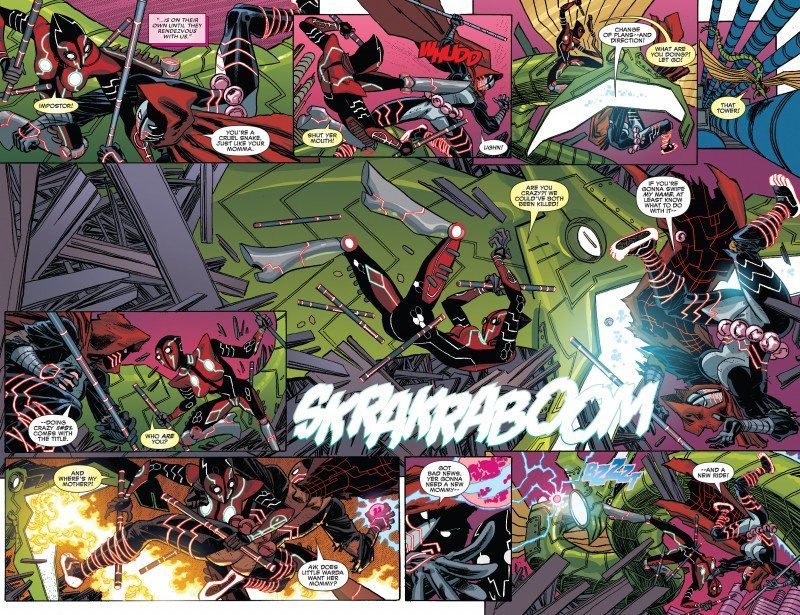 In some ways, the art suffers from the same shortcomings as the plot and characterization. It’s very fun to look at, with multiple spreads in this issue full of vibrant colors, laser guns, futuristic armor, and, of course, Deadpool 2099’s robot pterodactyl. Instead of helping advance the plot and characters, though, it just adds to the pile. Each panel is so packed with futuristic gear, vehicles, and weapons that it becomes overstimulating and overcomplicating. I found many of the panel sequences to hard to follow. Plus, the image above one of four two-page spreads in the issue. Taking up that much space with two-page spreads makes them all feel like filler.

Hopefully, the next installment of this arc will take some more time to develop these characters and the story more. I’m curious to see how this creative team can pull themselves out of the ditch they’ve dug for themselves.