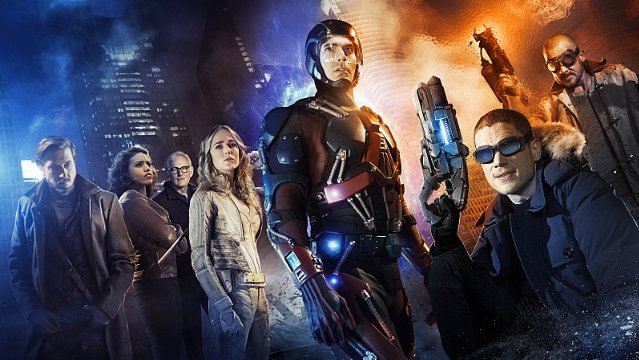 DC’s LEGENDS OF TOMORROW trailer has arrived, and it is glorious! Watch it now, and see what I thought below!

Hinted and teased for a long time now, the WB finally released a DC’S LEGENDS OF TOMORROW trailer, which gives us a wealth of information about the upcoming superhero and villain series. After the success of the ARROW and the runaway (ahem) hit of THE FLASH, could the WB strike comic book gold the third time? Judging by the trailer alone, it could well be a resounding yes! The trailer introduces each character and shows off their power set while also showing us who the big bad is: Vandal Savage, an immortal, who, if the comics are anything to go by, is a huge threat. The wealth of footage on display shows some great moments and the cool looking SFX promises that  this series has the potential to be a rip-roaring action adventure with some new heroes who are bound to become old favorites.

READ: Need to catch up on DC comic book TV? Catch up on our latest review of THE FLASH here!

It also raises questions like: What’s with the Man of Steel and Dark Knight reference? How do Captain Cold and Heatwave move from villain to hero? What will the team dynamic be like? And why did Rip Hunter choose these heroes over any other? The Atom looks like he could be one of the major players in the series, while Hawkgirl looks amazing. (Seriously, those wings!) The new and improved Fire Storm gets to prove his worth while the White Canary struggles to shake off her past. This trailer gave the fanboy in me goosebumps, and I am begging for more. While the show begins in January, there is no doubt in my mind that these characters will be making a big impact well before then. We’ll be covering the show in depth when it’s released so make sure to stay tuned to ComicsVerse!

READ: Behind on ARROW? Follow the resurrection of the White Canary in our latest review of ARROW season four!