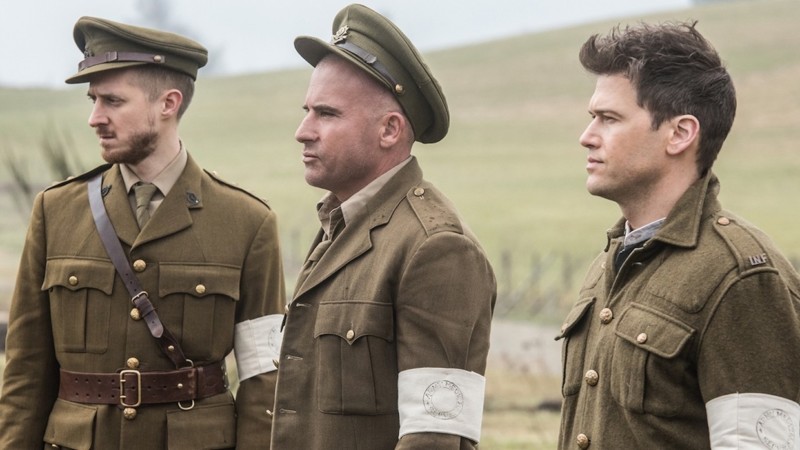 “Aruba,” the season finale of DC’S LEGENDS OF TOMORROW, was a satisfying episode. It was full of the show’s signature lighthearted humor, it tied up loose ends nicely, and it introduced a new problem for the Legends to tackle in season three. While the episode wasn’t perfect (some of the dialogue was completely cringe-worthy), it was an impressive installment in the series. The viewer left fulfilled with what they saw and eager to see the team’s next adventure.

“Aruba” goes from zero to a hundred. The Legends go from sitting around feeling helpless to back onto a battlefield in minutes. I’d have liked to have seen more build up, but considering last week’s episode lacked the momentum penultimate episodes usually have, it wasn’t surprising to see it here. The show settled down once the Legends returned to the Battle of the Somme.

The storyline of “Aruba” could not have been better. They break the first rule of time travel — you can only go to one place in time once — by returning to the Battle Of The Somme. The Legends realize that if they are to defeat the Legion Of Doom, they must destroy the Spear Of Destiny. However, if they destroy The Spear, they will change the future and cease to exist. It’s a typical plot device in time traveling episodes. However, considering this is a show about time-traveling superheroes, you can’t really begrudge the writers.

Then, just before accidentally coming face to face with earlier versions of themselves, Reverse Flash kills Ray Palmer. This ensured that the incarnation of the Legends we had been following all season probably wouldn’t live long enough to see themselves be removed from existence. My mid-episode theory of them dying off one by one (except for White Canary) proved to be correct. Still, the show made each death surprising, meaningful, and emotional. 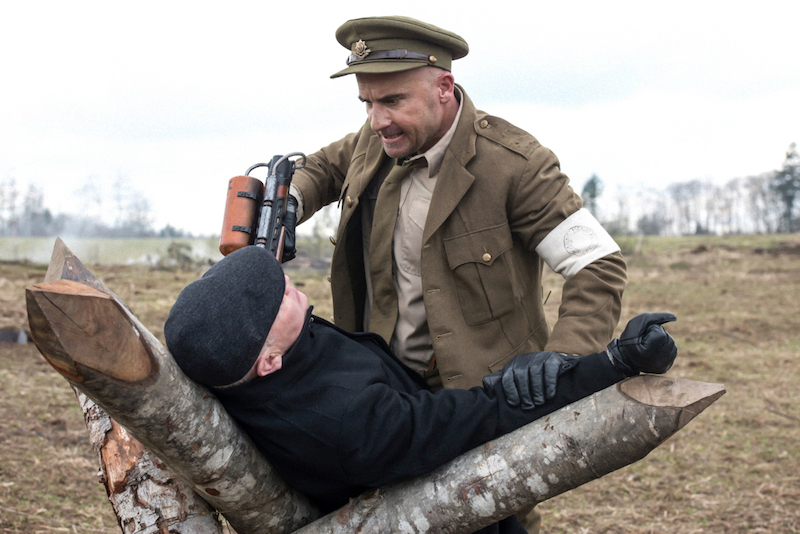 The way the Legends handled The Legion Of Doom at the end couldn’t have been better. Each bad guy’s defeat by their personal enemy gave emotional finality to an entertaining scene. Captain Cold and Heat Wave’s ending was certainly the most memorable. Not only was Mick saying goodbye to his friend, but he gave his goodbye as a friend. Although Mick is used as cannon fodder or comic relief, this ending was one of his few emotional moments on the show and cemented his place as an actual Legend, not someone just along for the ride.

READ: Want to read about some of  The Legion of Doom’s most prolific battles? Click Here!

Although I liked “Aruba,” I am annoyed that Eobard Thawne is erased from the timeline — again. I suppose it had to happen, as Thwane existed because he was a time remnant from Barry Allen’s flashpoint. Still, with Eobard erased from the Arrowverse two times now, it’s going to take some crafty storytelling (and time) to bring the Reverse Flash back. This is a shame: Matt Letscher is fantastic as the character.

The final shot of the episode was an interesting. By showing every major building in 2017’s Los Angeles as well as dinosaurs, you instantly got the notion that next season’s arc is going to start with the Legends fixing whatever it is they broke by meeting yet another version of themselves. Overall, “Aruba” was a very solid episode, and a fitting end to season two. I can’t wait for the debut of season three in October.