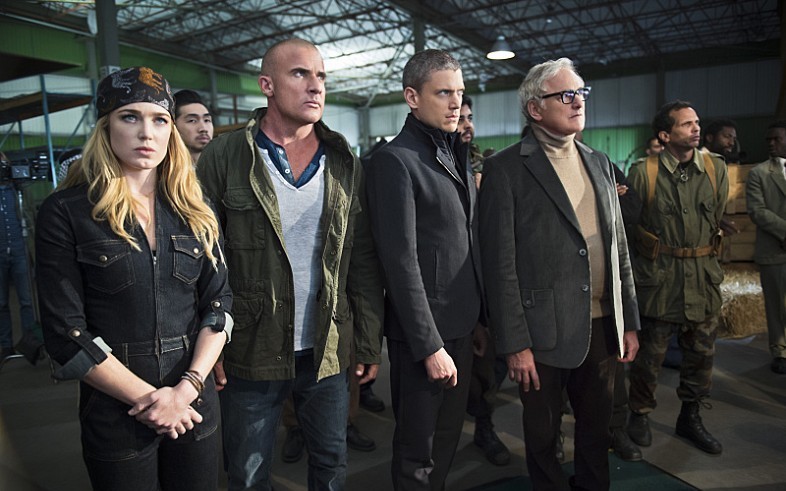 After DC’s LEGENDS OF TOMORROW episode 1 introduced us to the key players and the central plot, this episode gets to the crux of their mission: Find and kill Vandal Savage.

Still in the 70’s, the Legends find out that Savage will be attending a weapons auction, and they plan on being there, too. Professor Stein, Captain Cold, Heatwave, and White Canary opt to go in, posing as terrorists. Stein takes charge, using his knowledge of past terrorist events to get them in. Unfortunately, an unfortunate turn of phrase foils their plan, and events get dangerously out of control.

READ: Check out our review of DC’s LEGENDS OF TOMORROW episode 1 here!

I really loved the first episode of DC’s LEGENDS OF TOMORROW, but there were slight moments that jarred and pulled me out of the viewing experience. This episode is more well-rounded than the last, moving confidently from plot point to plot point. Stein’s error leads to Atom losing a piece of his tech, which leads to Savage finding it, and so on. It would be so easy to just use time travel to resolve things quickly. Instead, this episode builds and builds on each error, setback, and development, which leads to a satisfying conclusion to the episode. 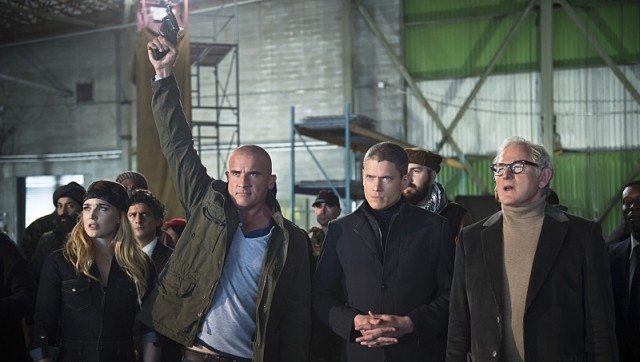 I made a lot of assumptions about this show before watching an episode, but the series is a lot cleverer and smarter than I expected. I don’t question the actions of the characters, and I believe in their motivations, which is surprising, given that we are only two episodes in. This, in part, relates to the slick, fast, clever script, but it’s also the performers, who carry their characters with conviction. Victor Garber, Caity Lotz, Brandon Routh, Franz Drameh (who gets a spectacular hero moment), and the rest of the ensemble deserve major recognition for how they embraced the material.

READ: Anarky is back in our review of ARROW S4 E10!

I also love how most, if not all, of the men are scientists or thieves, but the only action hero we have is female, the White Canary—there could be a case for Hawkgirl, but so far she’s been more reactionary than being placed front and center—and they definitely give Lotz plenty to do. She kicks a lot of ass, and her fighting style is fluid, savage, and graceful. It also helps that she’s a “sexy assassin from the future,” as Stein so gracefully puts it as he puts a stop to her flirting with his past self, which itself doesn’t play into the typical time travel tropes. 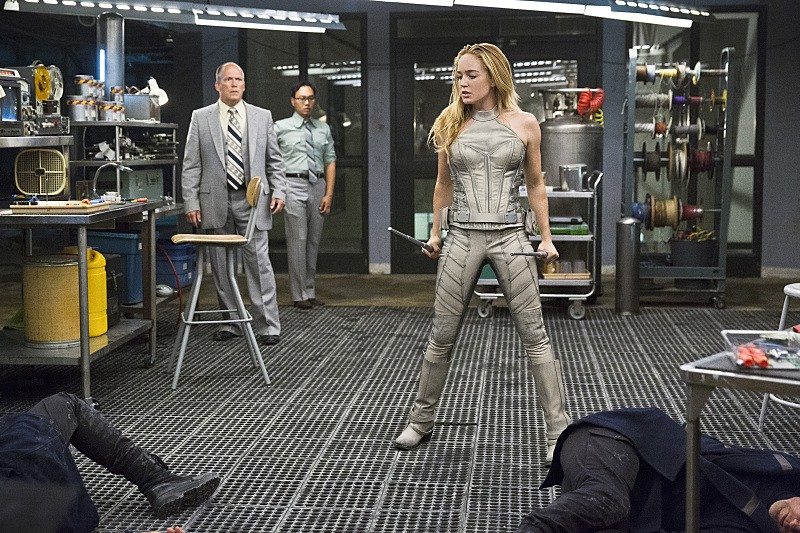 My only complaint is the depiction of Hawkman and Hawkgirl. So far, their story hasn’t grabbed me, through no fault of either Falk Hentschel (Hawkman) or Ciara Renée (Hawkgirl). They are as convincing as the rest of the cast, but their scenes feel a bit bland. That said, by the time we get to the end of the episode, my heart ends up going out to them—especially Hawkgirl—after a doomed follow-up encounter with Savage.

The climax of the episode has it all—all of the Legends, including Rip Hunter, battling it out with Savage’s Henchmen outside his mansion. The wide action shots are impressive, too, as we see streaks of white ice, orange fire, and blue laser pulses blasting off into the night. This cuts well with a more intimate scene as the Hawks face their immortal foe in hand-to-hand combat. There is a great mix of action, tension, and drama throughout. The camera work is slick, chock full of tracking shots, to add to the action.

While I can understand some criticism aimed at the season premiere, this episode is a solid piece of fun, enjoyable, superhero television. Just one request: Could we set all of it in the 70’s? It just looks so cool!