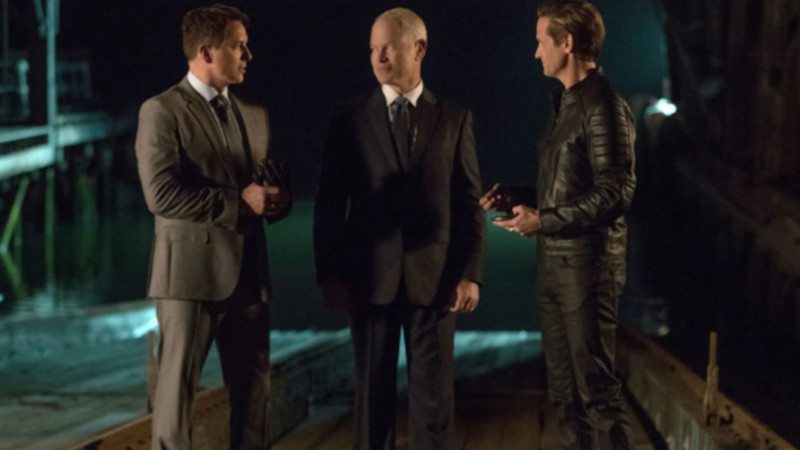 This week’s episode of DC’s LEGENDS OF TOMMOROW, aptly titled “The Legion of Doom” was a great watch, and gave the viewer some insights into the Legions motivations. This reveal for the character’s motivations was sorely needed, as up to this point there wasn’t  a “why” as to why any of these bad guys were trying to rewrite history. Well, the story sewed up that loose end quickly for Malcolm Merlyn and Damien Dahrk. One of the very first scenes of the episode is Merlyn watching Darhk get killed on live TV from a very sad-looking apartment. Thawne’s motivation is the climax of this week’s episode and added a very creepy element to the Arrowverse that nobody saw coming.

READ: Want to read about the last episode of LEGENDS? Click Here!

Seeing the inner workings of the Legion of Doom was a great way to handle this episode. Besides exploring the backstory of the characters as to why they are teaming up, the episode spent time exploring their relationships with one another. As with most villain-centric stories, there was a lot of infighting, threatening to kill one another and a general air of superiority whenever these three had any dialogue. This lead to a fairly typical cliched form of storytelling; Group is assembled with a goal in mind, group is constantly arguing with each other, the group has a setback, group blames each other, group fights with each other, and group comes to an understanding coming out stronger in the end. While all of the Legions scenes were fairly atypical and a bit predictable in this regard, that doesn’t mean they were poorly done. I thought that minus the alarm going off randomly, the whole bank scene was fantastic and the ensuing fight between Darhk and Merlyn was exciting as well. 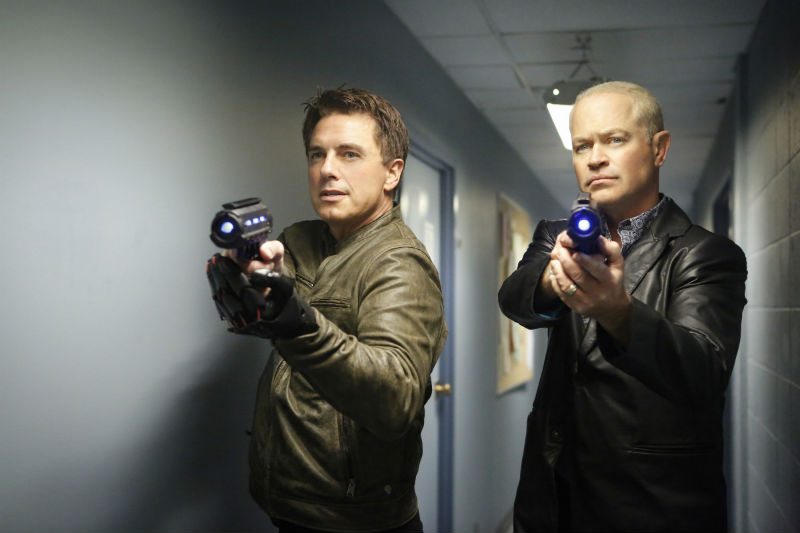 Easily the most memorable part of last night’s episode had to be the introduction of The Black Flash. For those who don’t remember, this universe’s Black Flash is supposed to be Hunter Zoloman, aka Zoom, who was transformed after Time Wraiths caught him in the season two finale of The Flash. While Black Flash’s first scene was the closest thing to bone chilling any of the three DC show’s have ever produced, his arrival means big things for this universe. First, how is Thawne going to keep Black Flash off of his back for the rest of the foreseeable future? While he has done it up to this point, now that Black Flash has been introduced it only seems natural that the stakes will become bigger and bigger as time (pun intended) goes on. The second is now that this character has been introduced, how long until he is hunting Barry or Wally? Could he possibly play into Team Flash defeating Savitar this season? Time will tell, but seeing as though there is another speedster, it only makes sense that he will make an appearance on the show about speedsters.

While the focus was not on the Legends for this week’s episode, (who would have thought, in an episode titled “The Legion of Doom) their scenes were designed to either tug at your heart strings or reveal essential elements of the Arrowverse. Firstly, The Legends deduced that this Eobard Thawne was, in fact, a time aberration. While Eobard himself later confirms this in the waning minutes of the show. This realization (done in the typical humorous Legends way) makes another connection within the CW DC universe, as this version of Thawne is only alive because of THE FLASH’s Barry Allen creation of Flashpoint. While it is revealed to the audience that Thawne is a time aberration, either a drunk (or not, the character is played skillfully thick-skulled) Mick Rory reveals to Dr. Steins daughter Lily that she is, in fact, a time aberration herself. Lily responds just like anyone would who discovers they aren’t supposed to exist. She flips out. And while Martin is able to calm her down and reassure her of her place in the universe, these scenes did a good job counterbalancing the rest of the episode, which was action packed.

READ: Want to read about The Last Episode of  THE FLASH? Click Here!

“The Legion of Doom” was a top notch episode of Legends. The story, while cliche and a bit predictable in parts were entertaining. The introduction of a character that the Legion (remember, they consider the Legends to be idiots) fears is a nice little subplot that is sure to continue for the rest of the season and could, in fact, have a significant role to play. The ending in regards to Rip Hunter’s character is promising as well. As was shown in the last scene of the episode, it seems as though the Legion has brainwashed Rip, and it will be interesting to see wheater they make him a subservient henchman or they manipulate him to be their equal. Overall this was a great episode, and it built up the excitement for next week’s episode as well.