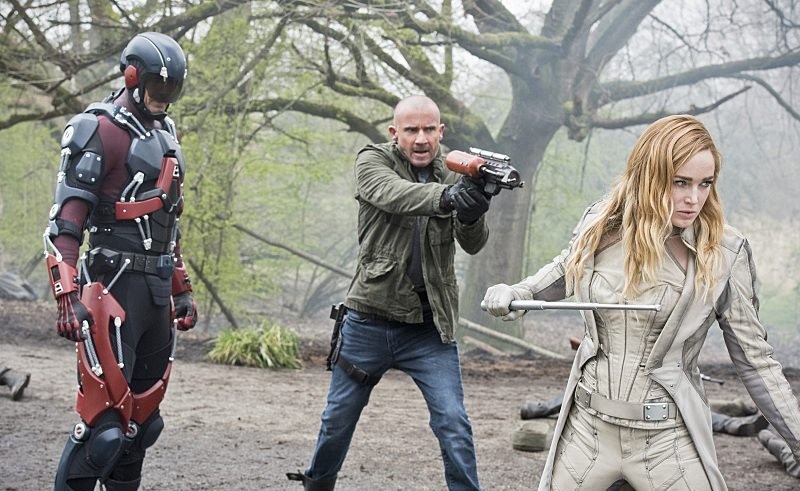 Warning: There be spoilers ahead.

And so ends the first season of DC’s LEGENDS OF TOMORROW. Vandal Savage has been defeated, the Hawks are free of their curse, and the team finally reconciled with their personal demons, making them stronger. But was this finale worth the journey the audience went through? Yes and no.

READ: Find out more about Vandal Savage in our character spotlight!

The series itself has been very uneven, sacrificing character development over story. That’s not to say there isn’t any character development. There is, but characters do make some very ridiculous choices that don’t make sense, and it’s always in service to moving the story forward. Kendra has the opportunity to kill Savage, but doesn’t because her love might die (leaving Rip’s family to suffer the consequences). Savage taunts Ray while the villain is trapped in a cell and Ray opens the cell to fight Savage. One can guess what happens next. (Savage escapes). It’s filled with frustrating moments that carry very little reason or rhyme and, at times, dips into the downright stupid. 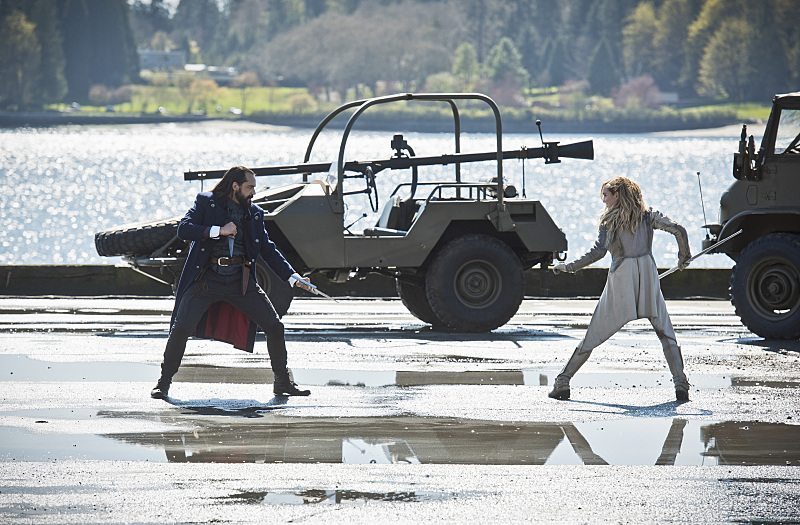 But (and it’s a big but) the show has also been full of fantastic ‘wow’ moments, such as when Ray used his suit to become large to fight a giant robot, or Sara Lance’s fight scenes, which were all excellently choreographed. It also had some great characters (RIP Leonard Snart) who were just so much fun to watch. There’s nothing more enjoyable than Mick Rory (Heat Wave) trading deadpan witticisms with Snart, or Professor Stein completely owning Savage when Savage tries to get under his skin.

The season finale ‘Legendary’ gives us a lot of what is strong about the series: witty banter, great character moments and just enough emotion to make us root for our heroes. After Snart’s death and Savage’s escape in a time machine in episode 15, Rip Hunter seemed lost and defeated, and proceeded to return the team to Star City 2016. But it’s not long before they find a way to call him back. Soon they are hot on the trail of Savage and find themselves fighting Nazis (a time travel show without fighting Nazis would feel so incomplete). They find out that Savage is planning on using the same meteorite which gave him his immortality to change time itself. To this end, he must activate it in three different time eras. This leads to the team splitting up and fighting three versions of Savage.

READ: Hark back to when the Hawks and Vandal Savage were introduced in our analysis of the latest THE FLASH/ARROW TV crossover episodes!

It feels epic yet slightly cheap at the same time. The idea of Heat Wave, White Canary and the Hawks all fighting and killing Savage is inspired. It was enjoyable to see each hero get their moment against the immortal, kicking his ass without holding back. Yet the despatching of the villain himself seemed slightly underwhelming. This is the guy who has murdered Rip’s wife, killed the Hawks over and over, and brought death to millions, yet his defeat did not feel as rewarding as it should have. Savage was made temporarily mortal due to the ritual he was undertaking, making the importance of the Hawks seem superfluous. The plot thread of Kendra being the only one who could kill Savage was abandoned pretty quickly in favor of ‘anyone can now kill Savage’. After an entire season of investing in the Hawks and the curse they lived under while Savage existed, the actual payoff to this felt like it meant nothing once the curse was lifted. In fact, it’s barely mentioned at all once the villain dies. 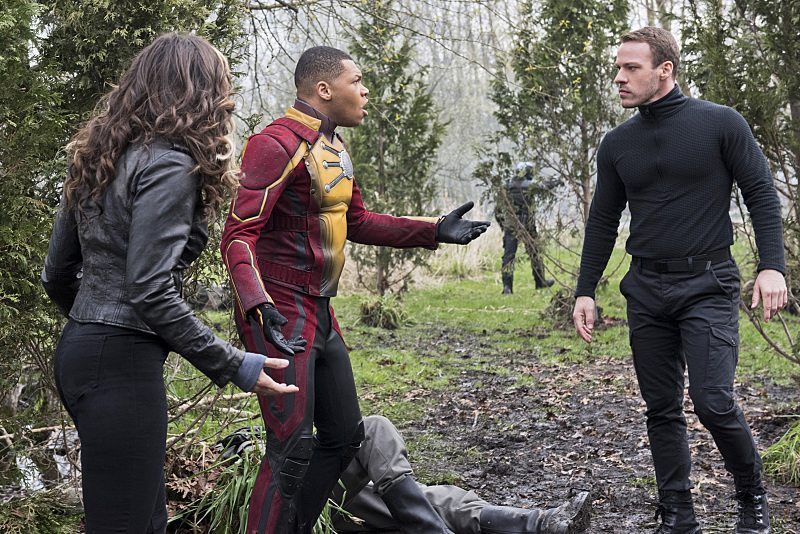 While I found the Hawks and their story to be the weakest of the heroes (and Casper Crump was pretty one note as the snarly villain), there was plenty to enjoy between the other cast members. Franz Drameh, as one half of Firestorm, felt severely underused throughout most of the season, but got to flex his heroic muscles in the finale, being crucial in saving the world from destruction. Victor Garber, as Professor Stein, brings a much needed gravitas and believability to the show and continues to be one of the best actors in the series. Heat Wave (Dominic Purcell) got a very touching, understated finale goodbye with Leonard Snart (which showed how far his character had grown). Caity Lotz just continues to kick ass as the White Canary, becoming more fully developed in this show than she ever was in ARROW. Her fight with Savage was amazing and thrilling. Brandon Routh has just been a ball of enthusiastic energy: always hopeful, always enthusiastic, ready to help. He is quite possibly the heart and soul of the series. Arthur Darvill brings a swagger to Rip Hunter, but also a sadness driven by the death of his family. The show even lets you believe he has found peace and goes to die to be with his wife and child before revealing that his adventures are not over. Not by a long shot. This is a strong, talented cast that I’d like to see come back for another series.

READ: Want to know more about the White Canary? Check out her character spotlight here!

So with its up and downs, will I be back for DC’s LEGENDS OF TOMORROW? You betcha. And why is that? Because, like this review, it ends with a huge tease of what awaits our heroes, and that gave me goosebumps. And what is this tease? The Justice Society of America.