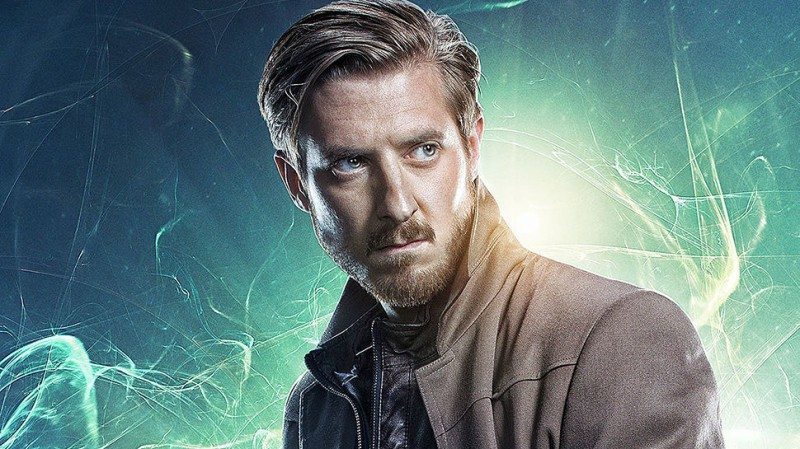 In ‘Night of the Hawk’, the midseason finale of DC’s LEGENDS OF TOMORROW, the team tracks down Vandal Savage to a town in Oregon in the 1950s. Despite defeating Savage’s latest scheme, the episode ends on Rip Hunter seemingly abandoning some of his team, leaving them stranded in the past. We will need to wait 3 weeks for the answer while the series is on a mini hiatus. Hunter’s actions have always been shrouded in mystery and concerned with pushing his own agenda. At times he is willing to bend the rules of time, while in other instances he defends and fights for those very same rules. While he is part of an order called the Time Masters, who have a strict code when it comes to time travel, all bets are off when Savage murders Hunter’s wife and child.

Hunter is first introduced in the season premiere of DC’s LEGENDS OF TOMORROW, and portrayed by Arthur Darvill. He is a renegade Time Master willing to risk it all to take down Savage. Is he as rule bending as he is in the comics? Let’s find out. 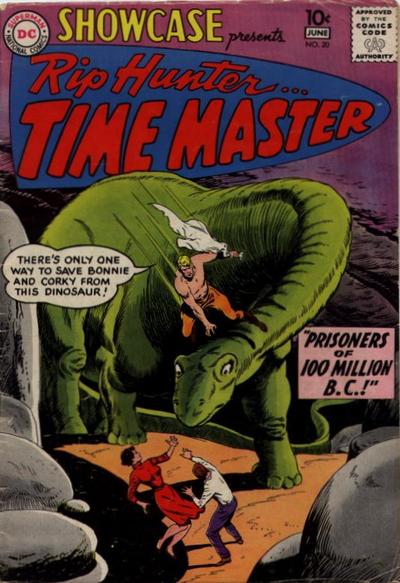 Richard ‘Rip’ Hunter first appeared in SHOWCASE #20 in May 1959, and was created by Jack Miller and Ruben Moreira. While Darvill’s version is somewhat of a lone wolf, the Hunter of DC Comics traveled through time with his friend Jeff Smith, girlfriend Bonnie Baxter and her brother Corky. He was also a normal guy, not a member of the Time Masters, who invented the Time Sphere, which is not as cool sounding as the name of his ship in the TV series, Waverider, I must admit. After a few appearances in the SHOWCASE series, he headlined his own series RIP HUNTER…TIME MASTER which ran for 29 issues. When that series ended the character branched out, helping out the Challengers of the Unknown, Swamp Thing and Superman in various adventures.

READ: When superheroes go bad! Check out what Red Kryptonite can do to Supergirl in our latest Show Vs Comics!

In 1985, he played a pivotal role in DC’s CRISIS ON INFINITE EARTHS, a miniseries which sought to refine the DC Universe. Hunter helped the heroes of the Multiverse time travel to the dawn of time to battle the Anti-Monitor. During this battle, the Multiverse was destroyed and a new DC Universe was born. While many popular characters had elements of their history retconned by DC, Hunter kept his character and history remembering all that had preceded this Crisis. To confuse things even further, DC created another Rip Hunter who was native to the new post-Crisis DC Universe. 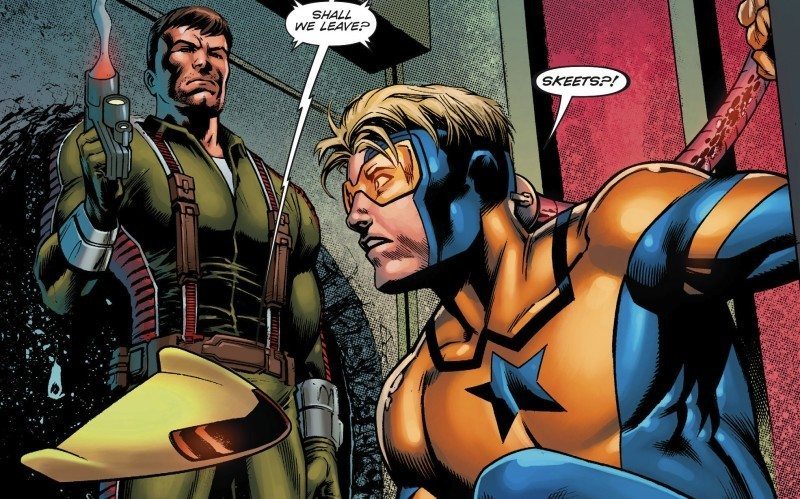 The original Hunter vanishes following a battle with Imperiex (a Superman villain) and the comics begin following the adventures of the post-Crisis Hunter. In the hands of Geoff Johns, we discover that Rip Hunter is actually an alias (which is something the TV series uses), and that he is hiding something. In the comics, it’s revealed that he is actually Booster Gold’s son. Whether the TV series introduces Booster or has another reason for Hunter’s identity to be concealed remains to be seen.

ENGAGE: What do you think of DC’s LEGENDS OF TOMORROW? Head to our forums to discuss it!

Hunter’s appearances in the New 52 are sparse with a few brief mentions in various comics. His main appearance came in DC’s wide line event CONVERGENCE in the limited series CONVERGENCE: BOOSTER GOLD. This Hunter seems to be the alternate timeline version looking for his father. He meets with the New 52’s Booster in hopes of finding his father. Since then, the character has been largely quiet. Due to DC’s new REBIRTH strategy which begins in May, they may just test the waters with a new solo or team book with the character. It’s also possible we may have to settle for Hunter’s adventures on the TV screen. Either way we have not seen the last of Rip Hunter, renegade Time Master.