First appearing in THE FLASH’s season 1 episode “Going Rogue,” Leonard Snart (portrayed by Wentworth Miller), or as Cisco christened him, Captain Cold, has been an icy thorn in Barry Allen’s side. But, as DC’s LEGENDS OF TOMORROW episode 4 suggests, once he sees his teammates in danger, there may be more to Snart than his cool exterior. Sometimes heroes are born, while others are made. In Snart’s case, heroism was thrust upon him. It remains to be seen if he warms up at all to this idea.

While Snart has continued to evolve into more than a villain with a gimmick, what of his comics counterpart? Where has that Leonard come from, and where is he heading? Let’s look a little closer, shall we? Bring a coat, it could get chilly. 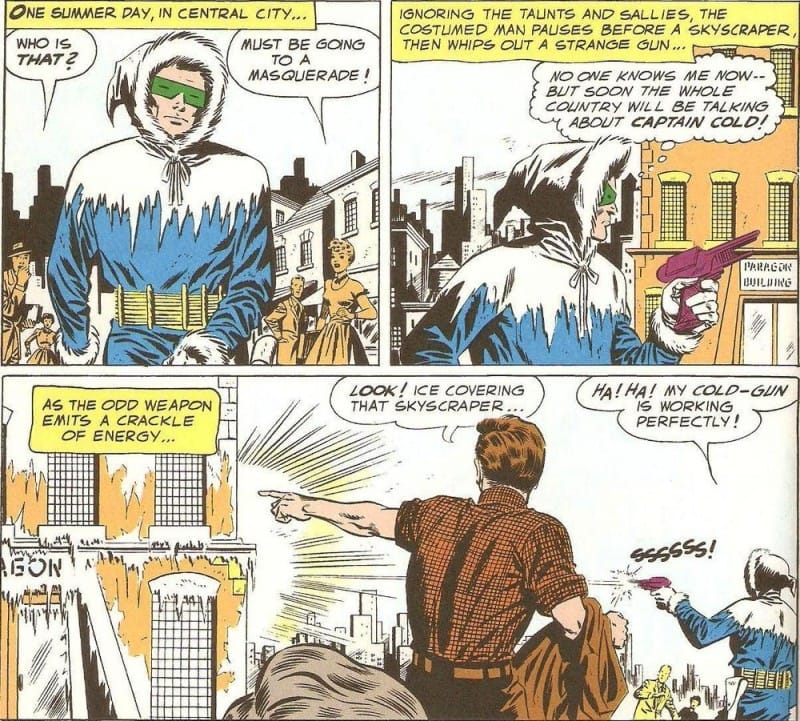 Captain Cold’s first appearance can be traced back to SHOWCASE #8 in 1957. Created by John Broome and Carmine Infantino, Captain Cold faces off with his longtime enemy, Barry Allen, for the first time in that issue. While the TV version steals a freeze gun, our comics villain created the gun himself (though there was some thieving involved), setting himself up as more than just a common criminal with a stolen weapon. He is something of a genius who keeps improving his weapons and refining himself. For one brief period, he even had metahuman ice powers.

Throughout his character evolution, many things about him remain consistent whatever the medium: his need to steal, his drive to beat the Flash, and, a rarity for a comics villain, his insistence that no life is taken unless absolutely necessary. A million miles away from his murderous colleague, Heat Wave, Snart will not kill. To deem that as a weakness for a villain is to sell Cold short. He can be as ruthless as they come, freezing people and putting them in suspended animation while attempting to steal priceless jewels and robbing banks.

In the TV series, he is made of similar stuff. There, he was more lax on the murder side of things. This changed when he made a deal with the Flash not to kill (and not to reveal the Flash’s identity) in exchange for not being locked away in STAR Labs along with the rest of the metahumans in the episode “Rogue Time.” He has since taken this rule to heart.

He also created the supervillain team known as the Rogues, which maintains a similar moral code. While this has made for interesting dynamics between DC’s lesser known villains, it is something yet to be fully utilized in the TV universe (though it was hinted at in THE FLASH’s season 1 episode “Rogue Air”).

The death of Barry Allen in CRISIS ON INFINITE EARTHS lead to Snart reforming for a while, but over time, he went back to his thieving ways. Following the line-wide reboot of DC comics with the New 52, Leonard was retconned as a slightly younger Cold, but most of his backstory remained intact. One of the most interesting things about the new version is how he slowly emerges as a reluctant hero. During the comics event “Forever Evil,” the Crime Syndicate wanted him on their team, but since he had no intentions of world domination, he teamed up with Lex Luthor to take the villains down. Since then, he has taken a job at LexCorp and helped the Justice League out on occasion, most recently during the Amazo Virus storyline (JUSTICE LEAGUE 37 to 41). 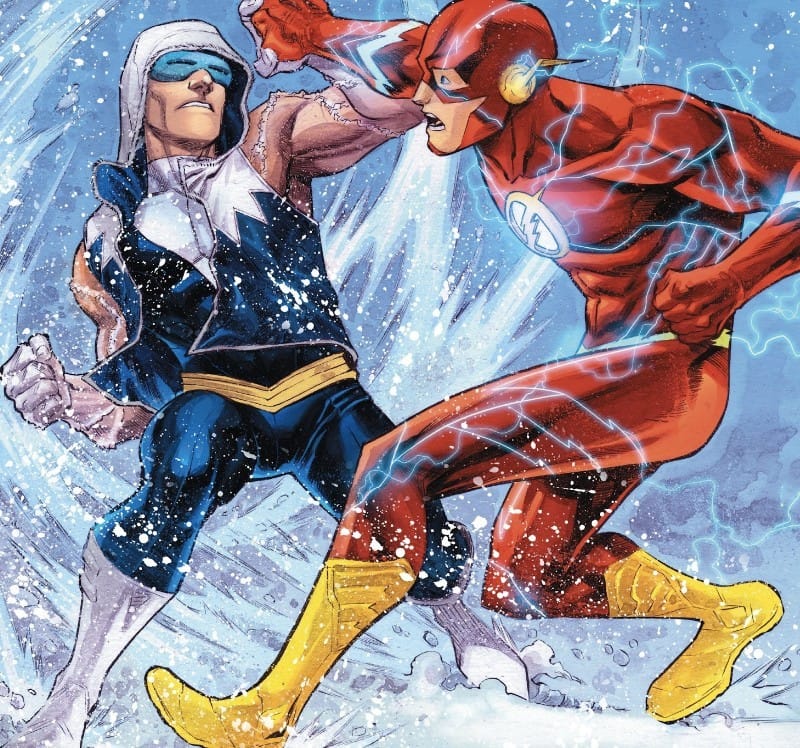 While Snart tricks Barry into deleting his criminal files in the television series, his heroics in the comics lead to a full pardon (and the aforementioned job at LexCorp). Having helped out the Justice League, he is deemed a hero. How long that lasts remains to be seen. So, while Captain Cold rubs shoulders with the Justice League in the comics, he’s still finding his place among the would-be heroes of DC’s LEGENDS OF TOMORROW.

Whether a criminal with a penchant for science (in the comics), or just a thief with the smarts to know how to take on the Flash (in the TV series), Captain Cold has been more than just a clichéd villain since his introduction. He’s a complicated villain with contradicting morals that have led him to make some interesting and heroic choices. He has the makings of a hero if he so chooses. And if he does, one day he could become a Legend too.

ENGAGE: Who is your favorite DC TV villain? Head over to our forums to share your thoughts!