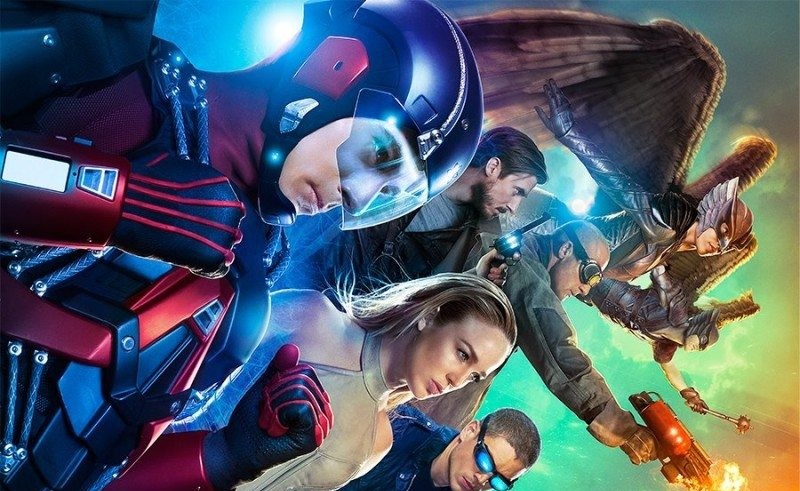 London. 2166. The Second Blitz. As Westminster burns and thick black smoke fills the skyline, laser fire rains down from the heavens and armoured soldiers kill everything in their path. A woman tries to protect her son from the onslaught, but the leader of this terrifying advance, Vandal Savage (Casper Crump), takes a personal interest in the pair. And in one brief act, we completely understand the threat that this villain is. Able to launch wanton destruction on a global scale, he does not flinch from getting his own hands dirty. 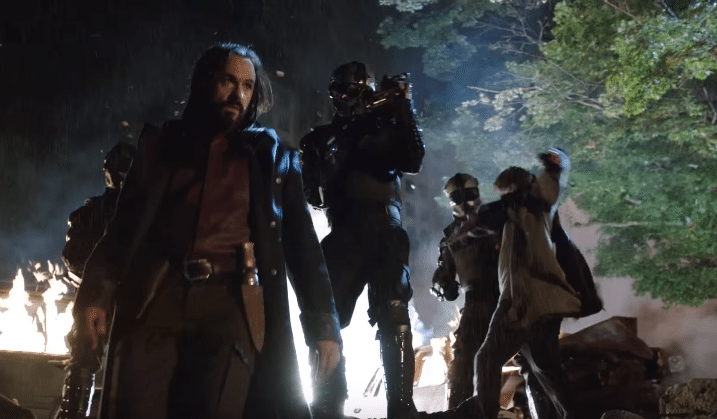 READ: Check out our review of THE FLASH/ARROW crossover which introduced us to Vandal Savage!

And so begins The CW’s newest superheroic television endeavor, DC’s LEGENDS OF TOMORROW, a new sixteen part series from the producers of THE FLASH and ARROW.

The intro described above lasts about two minutes in total, yet it manages to establish everything you need to know about the show pretty quickly. The Blitz looks fantastic (if a Blitz can ever be called that); the combination of the special effects of a burning London mixed with the practical effects of soldiers on the ground does an exemplary job of conjuring up a dark future. Crump’s swagger as he enters the frame completely captures the arrogance of this walking immortal.

The Time Masters Council is just as impressive, a hall filled in tier upon tier of time travelers while a bright blue light shines on an impassioned Arthur Darvill. His performance here and throughout the episode is a mixed bag of character traits: a cocky, awkward, heroic, cowardly, ready-to-break-the-rules-but-not-really time traveler who has a lot invested in taking Savage down. 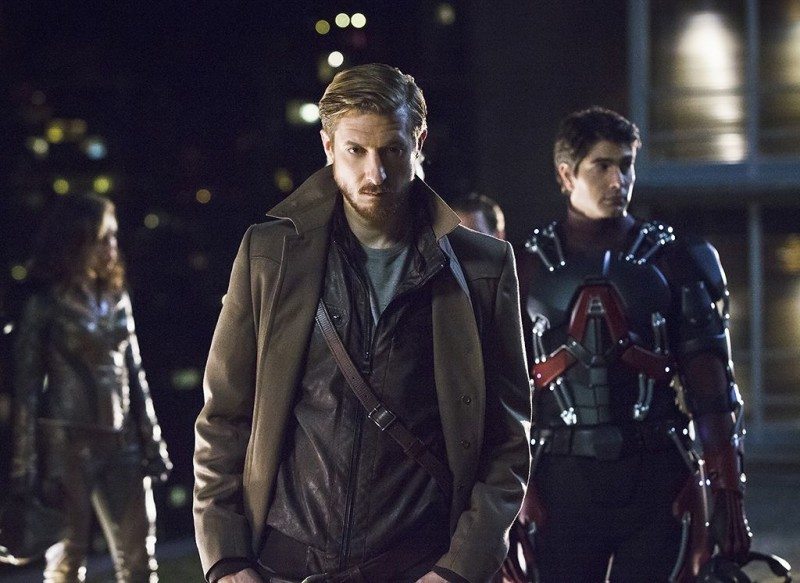 READ: THE FLASH arrives back on our screens this week! Check out our review of episode 10 here!

The show itself, like the intro, moves at a breakneck pace. Introducing each hero in turn, and giving the viewer a brief glimpse of each of their respective powers before Hunter explains why he needs them…these heroes…these legends. These scenes are fun, and whether you know the characters or not, each introduction says enough that you get who they are and what their powers are.

While each character is strong in their own right, Martin Stein/Firestorm (Victor Garber) and Ray Palmer/The Atom (Brandon Routh) steal the show, both showing an infectious enthusiasm for the adventure they are embarking on, while also being highly intelligent, slightly bickering nerds. Garber, in particular, brings a certain believability to otherwise highly fantastical scenarios. 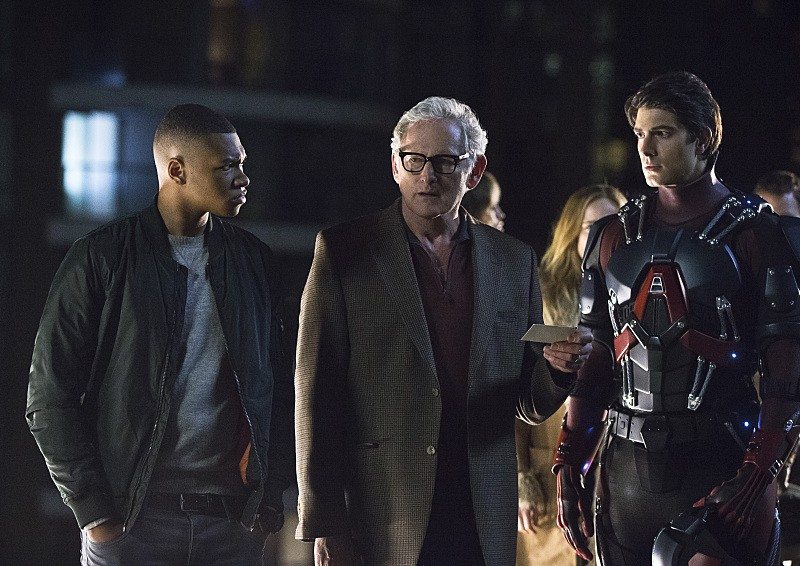 READ: The deadly Toyman shows up in this weeks episode of SUPERGIRL. Read our review here!

The show is not without its faults. There are a lot of cheesy moments within the episode, however, there’s just enough good spirit about the whole show that the campiness fits in. One slightly jarring moment is when Sarah Lance/White Canary (Caity Lotz) decides to dance in a 1970s bar (thanks to Waverider, Hunter’s time machine). What follows is a fight scene that feels shoe horned in. The reason for it is downright cringe worthy, but fortunately when the punches are thrown, it’s entertaining to watch.

The script (by Greg Berlanti, Marc Guggenheim, Andrew Kreisburg and Phil Klemmer) is fun and crams a lot into a first episode, which should make it feel bloated. But between the performances, the direction (thanks to Glen Winter), the swift camera work, and some pretty nifty special effects, everything moves along swiftly. As the episode progressed, it presented itself with a lot of questions, one of the most glaring ones being, why these heroes? Why not Arrow or the Flash? But even that is answered in one of the many little twists that this debut episode has to offer.

In a time travelling adventure that is not afraid of its comic book roots, DC’s LEGENDS OF TOMORROW is a nice addition to the CW’s growing roster of great superpowered entertainment.

Did you like the episode? Let us know in the Comments section below!