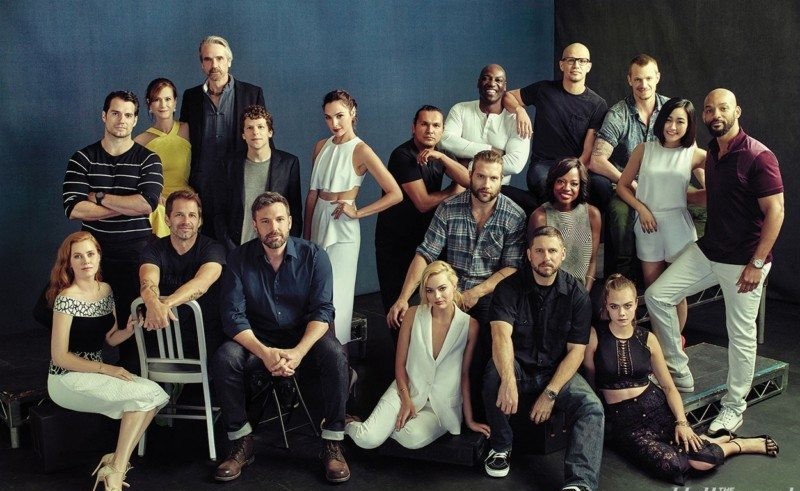 Following the polarized reception of BATMAN V SUPERMAN: DAWN OF JUSTICE, DC has found themselves in something of a tight situation. What was supposed to introduce viewers to the DCEU was criticized for its bloated story, messy character motivations, and the now infamous “Martha” scene. As a result, SUCIDE SQUAD, once a fun little side project, became the next ray of hope for Warner Bros. to debut its DC COMICS shared universe. After all, it had a fun premise, excellent marketing, and a talented director heading the project: what could go wrong?

Now, however, DC is in a much deeper hole than before. Despite positive reception from early trailers, SUICIDE SQUAD received similar reviews to that of its predecessor. Packing an ensemble cast of colorful characters, each with a genuine sense of personality to them, the plot surrounding this movie was meh at best. It was a somewhat generic retrieval mission/stop the bad guy plot that we’ve all seen done before, complete with yet another big glowing portal in the sky. Combined with choppy editing, an underwhelming villain, and some heavy studio interference; it feels like DC tried to take a step in the right direction, but still didn’t get very far. 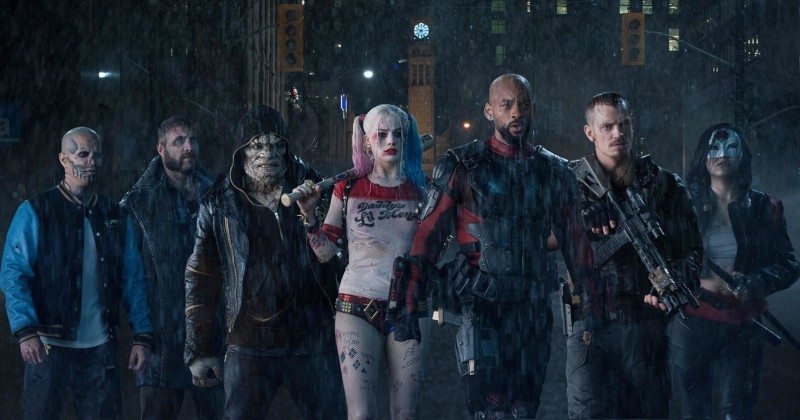 Unfortunately, we can’t keep pushing the next film in the franchise to be the one that will “save the DCEU,” regardless of how awesome the San Diego Comic Con trailers for WONDER WOMAN and JUSTICE LEAGUE looked. Warner Bros. doesn’t have the time to risk another polarized movie, nor can they use the “for the fans” line again as reasoning behind the reviews. As someone who found enjoyment in both BVS and SUICIDE SQUAD despite their flaws, even I recognize that you can’t just use hardcore and casual DC fans as the only target audience.  This risks alienating the larger share of moviegoers who’d want to watch these films, something that both the Nolan Batman trilogy and Marvel Cinematic Universe have been able to accomplish. So what’s the next logical step for DC and Warner Bros. now?

First off, there needs to be a solid consistency in storytelling and tone for the DCEU to follow from this point onward. Storytelling is everything in a film, and this especially rings true in a shared superhero cinematic universe. The films that make up this world can all have their own unique style, but there needs to be a central vision binding them together. Marvel has this in the form of Kevin Feige: every decision for the MCU goes through him, and he helps mold the films in a way that naturally connects one character’s standalone film to the other. This way, the styles of each individual MCU film are allowed to be unique from one another, all the while still having that trademark “Marvel” feel to them.

READ: Did your thoughts on SUICIDE SQUAD match up to ours? Click here to read our review!

DC, on the other hand, is still trying to achieve such a balance in their films. We went from the gritty but human feel of MAN OF STEEL, to the heavily dark tone of BVS, to a colorful and dark hybrid in SUICIDE SQUAD; an ever changing color palette to fit the style of the movie. Furthermore, while BVS was criticized for doing way too much with its storytelling, SUICIDE SQUAD got the opposite response, in that it was far too simplistic to add much to the DCEU world. DC needs to find a middle ground to balance personality, atmosphere, world-building, and storytelling in order to succeed. With longtime DC COMICS writer Geoff Johns replacing Zack Snyder to oversee the franchise from this point forward, it definitely feels like Warner Bros. is choosing to listen to criticism rather than reject it. 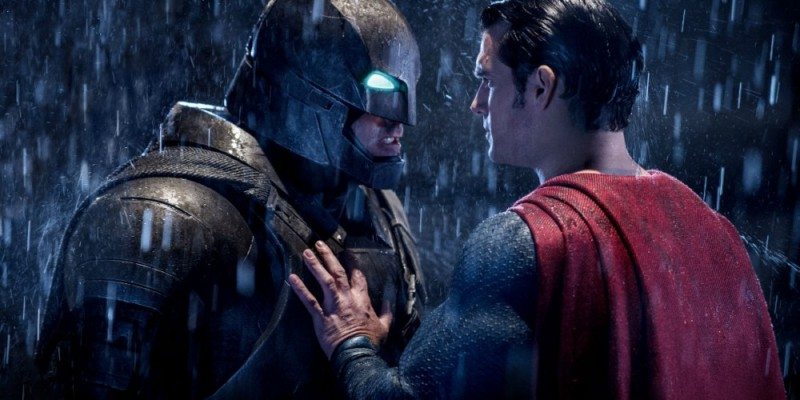 Once more I feel the need to repeat the “don’t rush the DCEU” response that most fans have been trying to express to Warner Bros. A Batman vs. Superman film would have been more than enough to reel in viewers, but trying to force a setup for Justice League into the film via a special email wasn’t the smartest idea. It probably sounded good on paper, but a better idea would’ve been to let their world grow on its own, rather than focus on catching up to Marvel in fear that DC would be left behind. We know that they can do it, as both the DC Animated Universe and CW Flarrowverse were able to gradually grow into expansive universes over time. However, it’s because both took the time to build each character’s respective worlds that the interactions and crossovers between heroes feel natural and earned. If the DCEU wants to achieve similar results, they can’t afford to shove four-five movies into a single film, as it robs the entire franchise of build-up.

WONDER WOMAN seems to fit the kind of film that DC needs to make: a film that focuses on a single individual and her personal character arc. First and foremost, it tells a story rather than hammering down the world building, focusing on what many people agree to be one of the best parts of BVS: Gal Gadot as Wonder Woman. The SDCC trailers give a clear setup for this film, showing her meet Steve Trevor and go to Man’s world to help the Allies in the Great War (because WWII would make things feel too much like Captain America). The action looks great, the chemistry between her and Chris Pine seems to flow, and there’s a lot of humor that doesn’t feel forced or awkward. Not to mention a theme song that constantly screams “EPIC BADASS” each time you hear it. 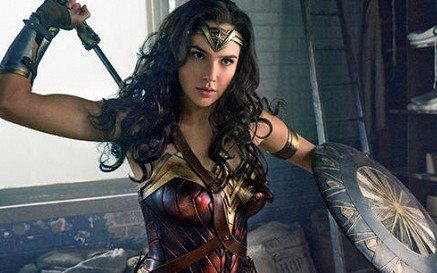 More importantly, the trailer seems to strike that balance between light and dark that the DCEU has been struggling to achieve. It’s got a bleak and war-torn setting (because World War I) but it also places Wonder Woman, a symbol and champion of compassion and hope, in the midst of the battlefield. We see an idealistic young woman and demigoddess go into battle in order to make a difference, which will lead her to become the hero we all know from the comics. This could just be optimistic speculation or forced optimism, especially considering the recent Twitter posts deeming the film another “mess,” but I want to have faith in the DCEU. Thus, I really want WONDER WOMAN to succeed.

READ: Check out some more ideas that we think could help the DCEU bounce back!

I think the most important step towards saving the DCEU is for Warner Bros. executives to stop meddling in the director’s vision. Reception regarding the theatrical release of BVS were not pretty, but the extra thirty minutes shown in the Ultimate Edition DVD/Blu-Ray received much warmer reception from critics and audiences. It didn’t solve every problem, but the UE cut definitely made the central plot feel much smoother, adding in details that were missing in the theatrical release as well as making both Clark Kent and Superman feel like actual characters. A similar issue is noticeable with SUICIDE SQUAD, as it feels like a whole bunch of clips and trailer footage were cut from the film during post-production, specifically a ton of scenes with Jared Leto’s Joker. Would the inclusion of these scenes have left us with a critically acclaimed film? I can’t be certain, but I bet the final product would not have felt so choppy compared to what we got instead.

I get that Warner Bros. is nervous right now, worried that their investment in the DCEU has not produced the results that they originally expected. However, this doesn’t change the fact that their executive involvement has done more harm than good to the finished products. Whatever the original cut was for SUICIDE SQUAD, it’s hard to tell underneath the film that WB rewrote in their post-BVS panic mode. And no one wants these films to be poorly received, let alone the people who invested in them from the start. By stepping into a role not meant for executives and cutting corners to suit what you think the audience wants, you are only hindering the story that the director wanted to tell. The end result is a finished product that affects everyone in a poor manner, including the fans that want the DCEU to succeed. 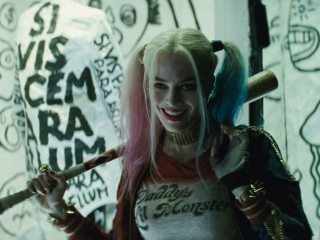 The unfortunate downside of a cinematic universe is the realization that you are constantly making and planning films before you even know whether or not the ones already in production will succeed. With three films that divided critics and fans against one another, Warner Bros. can’t afford another screw-up. They need to tell stories that are fun and well written, all the while adding new layers to their DC universe without that world-building overtaking the story itself. It cannot be done just to catch up to the success of Marvel, who gradually built their world up over the years. Right now, WONDER WOMAN has been moved up to the DCEU’s saving grace, but all I want it to be is a well-written movie. Because that is what fans and critics alike want to see.