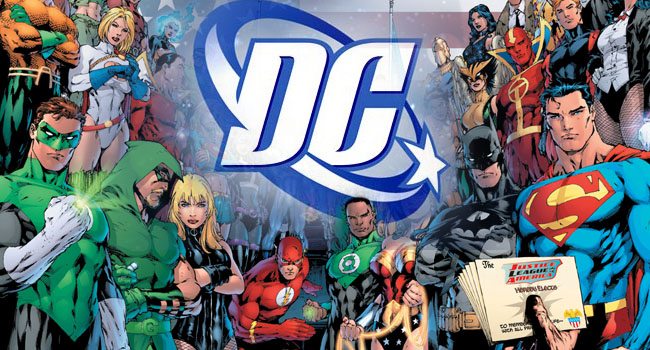 There’s something to be said about speaking to your audience. However, the question many companies often don’t want to be asking themselves is who that audience is exactly. Too bad for DC.  The DC Comics characters find themselves in an industry mired in varying levels of acceptance by the culture at large, and so, finding an audience seems to be a constantly evolving problem.  By all appearances, our friends over at Warner Brothers seem jealous of Marvel’s relatively recent success in surmounting it.

For us, that means that DC by and large is taking step to grab their share of John Everymen. The
operative word here is accessibility. DC finds themselves desperately wanting to fill their ranks with recognizable and unthreateningly pared down characters to the uninitiated.

So, how exactly have they been doing this?

It’s likely not fair to start an objective review of general industry movements by delineating the issues the author has with a generally popular character. The world will have to try and find a way to forgive me.

Cyborg’s presentation has always been somewhat all over the map. The more accessible (there’s our
word) variations of him in the various cartoons have always depicted him in a brotherly sort of light, perhaps jockish and meat-headed but ultimately reliable. This has ultimately been at odds with his newfound representation as normal DC fare. There is an unregulated grimness that they seem so fond of splaying all over their movie properties, assumedly magnified in the upcoming film representation of him.

Regardless of how affable he is, intrinsic to his character has always been two facets of the same trait, a level of relatable humanity. First, his story is always one that resonates with the idea of medical science and appealing to a general fear and awe of its capabilities. He was a regular person, empowered immeasurably by science, walking a razor’s edge between embracing it’s benefits and retaining his humanity. Ironic then that this power he has been granted is still by leaps and bounds more instantly understandable and less intimidating than some of DC’s other offerings.

His consistent and sometimes questionable involvement in DC’s recent pantheon serves the point. Of the Teen Titans, only Cyborg seems to have made headway into becoming a brand all his own, being stacked up unabashedly against the likes of Superman and Batman. Perhaps they felt that there was not enough of a science fiction representation in the upper rung of supers, but it’s hard to imagine him being very important compared to Wonder Woman.

It is hard not to notice the more martial presentation of Wonder Woman as of late. She has been doing far less binding baddies with an admittedly hokey lasso of truth and far more engaging in Olympian mythos. Representation of her in various media seem to point to this as well. Her movies have her clad in muted armor, brandishing a sword. The recent games follow suit. Everything is brown. Seriously, look at the posters.

To be fair, it has been more than a decade since we haven’t seen the invisible jet. Her changes in particular seems to have been one a long time in the making, and there’s no issue with that. Change is healthy. However, it is still difficult not to point in this direction to draw a cogent narrative of what exactly DC intends of late.

Wonder woman is the quintessential female superhero by design, so it becomes important to observe her portrayal. However, in some ways this is precisely the problem. The efforts to give her some character definition beyond her gender would be laudable if the current iteration didn’t just end up feeling dull. If there was an intent to create some sort of super-powered super-normal, concentrating on her abilities as a warrior, then perhaps there are more interesting directions to go with that than the most sterile of weapons and the standard issue super strength.

Nowhere is this made more apparent than after watching the interesting counterpoint to all of this, the contested but undoubtedly quality Batman Brave and the Bold series. It’s easy to forget just how much the character has grown until you see Batman trading quips with someone who looks like she escaped from the front of a Betty Crocker box. It’s just disappointing that a superhero themed after being a woman at the time was apparently more interesting than making an Athenian themed one now.

Batman: the Brave and the Bold

Bold is certainly an appropriate word for the choice to make this little gem of a show. A palpable reverence for the more antiquated storytelling elements from the past permeated every element of every episode, and there was a sincerity and joy to every ridiculous line uttered. No attempt was made to deride or downplay the campiness. It was great. Unfortunately, that’s the point.

The fact that Batman: the Brave and the Bold was such a breath of fresh air speaks volumes about the atmosphere of the room. The larger the attempt at moving backward as a form of novelty, naturally the further the company itself understands how far it has moved. After all, one can hardly revive what is alive and well, and a cursory look at modern DC will show you that fun and earnestness feels certainly dead. Fans reveled in that, took a deep breath when it was swiftly cancelled, and simply hoped that was enough to get them to the next time they could enjoy a DC property actually having fun with itself.

Put bluntly, much of DC’s more powerful franchises were born in a very different time of storytelling for the medium, and ultimately it’s the core of the character that matters most. There are simply some elements of superman that can’t be removed, and it’s these that are hard to take as seriously. Glowing rocks and the color red simply aren’t compelling Achilles heels’ when told to us straight-facedly. Complete lack of possibility of moral failure (without ending up enslaving the earth in another timeline) is, well, boring in a serious story. The lynchpin, the whole point, though, is that that’s fine. Embrace it.

Fans are the lifeblood of any entertainment franchise, the company can hardly be blamed for reaching. There is a distinct difference, however, in the approaches possible and those taken. At the core of this is the innate nature of the two comic giants that exist today.

In DC’s fervor to compete with its once floundering rival, they are ultimately falling prey to the assumption that Marvel’s success is their failure. No one can really argue which has been traditionally more campy, but there are certain identifiable elements within Marvel’s intellectual properties that lend less to a cheeky semi-serious fun romp through quasi-dramatic elements than DC’s. Many of them were invented later than their DC counterparts, and were largely designed to be more complex version of those characters.

That tradition of silly story devices isn’t something to be ashamed of, nor is it even something that is untenable with modern sensibilities. Audiences were OK with a talking raccoon riding on a sentient tree. Movies don’t need to be delivered with a sneer, you can have faith in 100 years of storytelling.