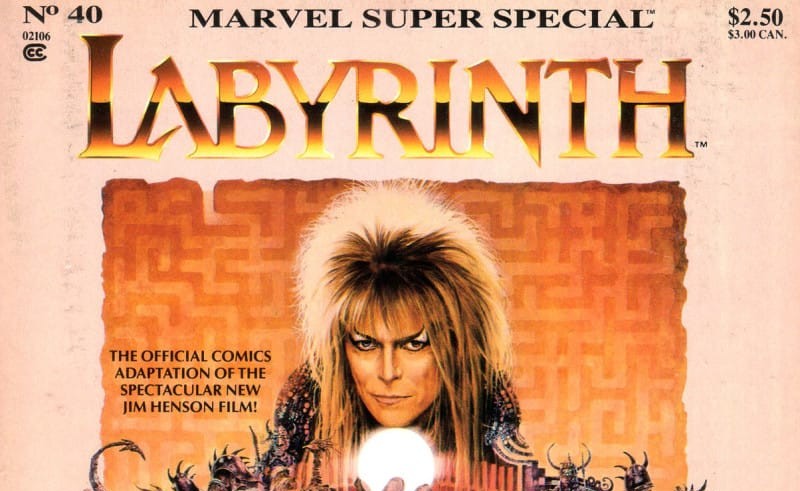 I awoke at around 8:30 AM Irish time on the 11th of January to find my phone flashing like crazy. Pushing past the sleep that still clogged up my head, I checked my device to find out that David Bowie had died. I snapped awake, shocked and saddened by the news. How could this have happened? Was he sick? Didn’t he just release an album? Was it not just his birthday?

As I swept through my Twitter feed I found no answers; all I could see was an outpour of sadness and genuine respect for a musical genius (and that itself is an understatement). Flashes of his songs and lyrics popped up in my mind. As I read through the tweets, one stuck out at me that I thought was interesting. Jamie McKelvie (artist of THE WICKED + THE DIVINE) shared how Bowie influenced characters within that series. And it got me thinking…David Bowie was obviously a pioneer in music and even had a great career in film, but was he in any way involved in comics? And so on the day that David Bowie died, as the world mourned Ziggy Stardust, as people sang about Heroes, and families around the world watched LABYRINTH, I thought about David Bowie comics.

DAVID BOWIE AND THE DOCTOR:

As a huge fan of Doctor Who, there was always speculation (or hope) that Bowie would appear on the series, or maybe once upon a time, be the Doctor himself. Unfortunately, it was never to be, but Titan comics did the next best thing: Bowie became a companion in the comics. Accompanying Matt Smith’s eleventh Doctor and first appearing in the comic series with issue 3, John Jones was a pop musician (and chameleon) who was heavily inspired by Bowie. His look (which kept ch-ch-ch-changing), his dialogue, his aliases such as the Tall Pale Earl, and even his lyrics which populated the comics smacked of Bowie. Every time the Doctor met him, his appearance changed, reflecting the many different personas Bowie had in his lifetime. Even in more recent days, Titan comics have also released a music variant cover of the Twelfth Doctor comic where the Doctor is captured in a pose inspired by the cover to Bowie’s album ‘Heroes’.

READ: Check out our round up of Titan’s first 8 months at the helm of DOCTOR WHO!

In Neil Gaiman’s dreamlike series SANDMAN, Gaiman wanted Lucifer to look like David Bowie. Typically the Prince of Hell would be a figure with horns on his head, pulling at a pointy beard; Gaiman saw Lucifer as something else. As Gaiman himself stated in the Chicago Tribune when asked about if the design of Lucifer was inspired by Bowie:

“He was. Definitely. But, by the time Lucifer got his own comic, that was rejigged a little. …But yes, the young, folk singer-period Bowie was the inspiration. I imagined Lucifer as a junkie angel, and young Bowie was the closest we got.” 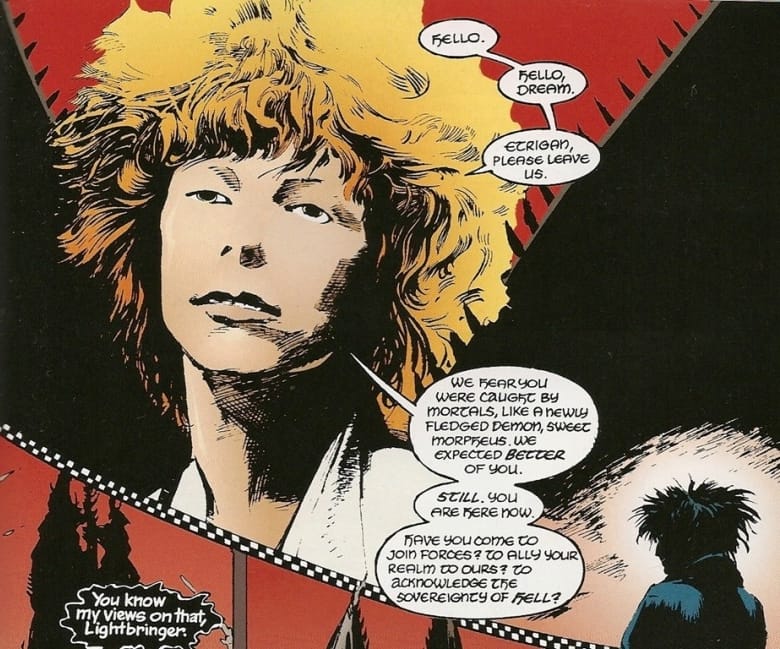 READ: The full article about David Bowie and Neil Gaiman in the Chicago Tribune!

Starting in 1989 ROCK N’ ROLL COMICS was a series dedicated to a different musical artist or band each issue. These comics were unauthorized and unlicensed biographies published by Revolutionary Comics. Issue 56 was Bowie’s turn to grace the series. 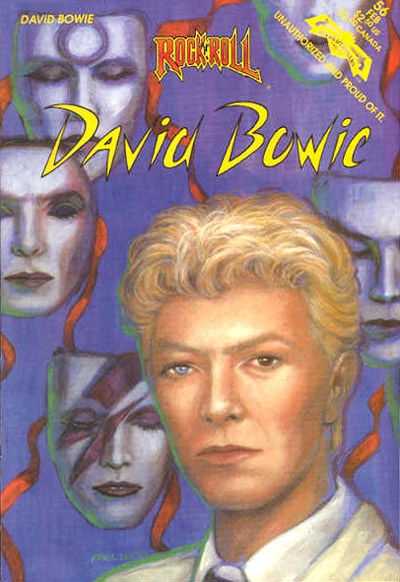 In October 1986, Marvel released MARVEL SUPER SPECIAL: LABYRINTH, a 68 page adaptation of the film. A month later, it was re-released as a three-part limited series. In the series, Bowie’s character, Jareth the Goblin King, is faithfully drawn by Sal Buscema, magnificent hair and all. Unfortunately, when it came to the musical numbers, they were either removed entirely or changed to suit the characters dialogue. The sheer intensity of ‘Dance, Magic, Dance’ could never been contained within the comic’s pages!

This is where the idea for this quest started. Writer Kieron Gillen and artist Jamie McKelvie created THE WICKED + THE DIVINE, a comic series where the spirits of deities merge with willing humans to live the life of gods. The catch is that they die after only two years. The story was heavily inspired by Gillen’s love for pop music in its various forms, as most, if not all of the gods, are worshipped by staging concerts. Taking to Twitter after Bowie’s death was announced, McKelvie tweeted about how the Thin White Duke influenced the design of the characters. 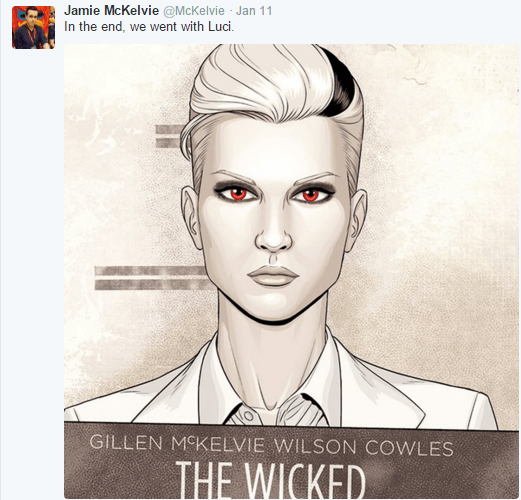 Dressed in a white suit, hair slicked back, Luci is the epitome of (a female) Bowie; cool, collected, slightly cocky, and oozing style and fashion (turn to the left). Despite what happens to the ill-fated Luci in the comics, she is still a fan favourite, and it’s clear to see why.

READ: Six reasons you should read THE WICKED AND THE DIVINE!

David Bowie has left a legacy that will keep getting rediscovered again and again. His music resonates with the old and the new alike. He never stopped exploring new ways of creating art, and as long as comics are around, Ziggy Stardust will always have a home on the printed page.

REST IN PEACE, STAR MAN. From all of us at ComicsVerse.