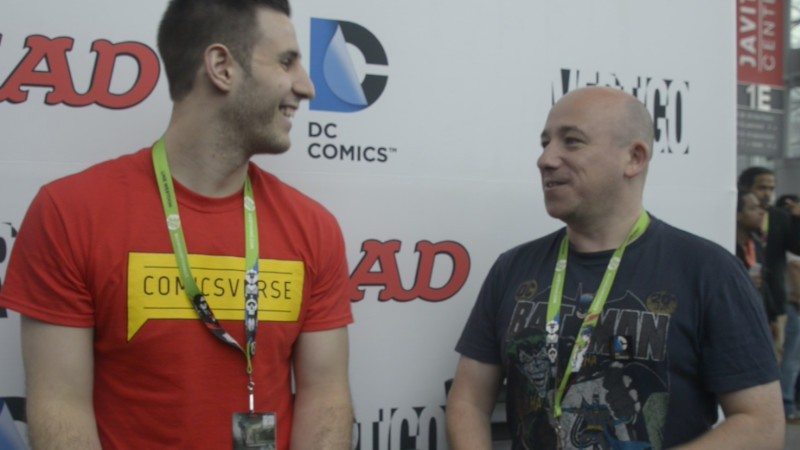 WATCH: Our interview with Dirk Manning, creator of TALES OF MR. RHEE5!

RED THORN is a dark fantasy taking place in modern day Glasgow, and it pulls from a variety of mythology and mythical themes.  It is steeped in Scottish lore and folktale, with the pagan Demi-God Thorn at the forefront. With Baillie as the writer, Meghan Hetrick is tasked with bringing this story to life through her artwork.  Steve Oliff and Todd Klein take on the duties of colors and letters, while Choong Yong handles covers.

Baillie spoke on everything from inspirations, to what to look forward to in the series, as well as what it would entail. One key point we talked about was Baillie drawing upon various gods and mythological entities that are unknown to most, specifically a Roman god of war (not Mars, better known as Ares) who is integral to the RED THORN comic. Baillie also spoke in-depth about how his knowledge of the country and its history, as well as geography, played a key part in really capturing the scenery of Glasgow, among other topics too. For more on that, you’ll have to watch the interview itself.

READ: Our interview with ASH VS. THE EVIL DEAD at NYCC 2015!

I cannot thank David enough for the time he provided ComicsVerse with for the interview, as well as DC and Vertigo for setting it up. We look forward to RED THORN and hopefully, speaking more with David in the future as we experience this comic as it releases and following along with the story.