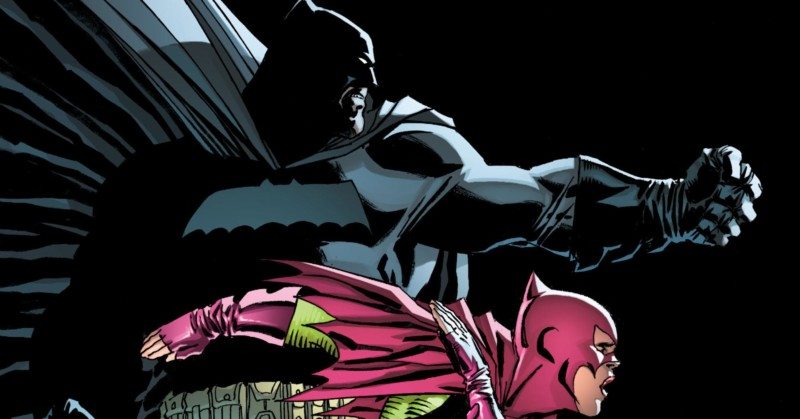 DARK KNIGHT III: THE MASTER RACE has been an increasingly action-packed series, and it’s sixth issue is a testament to that. The war between the aliens and humans has gotten even more exhilarating, and it’s amazing to see Superman and Batman team up to take the bad guys down. This saga’s received mixed reviews from readers, and most of my colleagues aren’t quite satisfied with where it’s heading. I, however, think that DK III is going to get super exciting, and this installment is the turning point.

READ: Check out our review of DARK KNIGHT III: The Master Race #5!

This issue picks up right where the last one left off. It’s raining cats and dogs in Gotham City, as Quar threatens to kill Batman if he refuses to obey. Citizens of Gotham are getting ferocious as the battle becomes even more intense. The artwork is outstanding and the greasy rain looks, as Batgirl would say, balls nasty. My favorite panel is where Quar gets struck by lightening above the beautiful skyline of Gotham, and howls that he cannot be defeated by an inferior species. The invasion of Quar is broadcast on the news, and the cameo appearance of our presidential candidates is a smart move from the creators since elections are just around the corner. 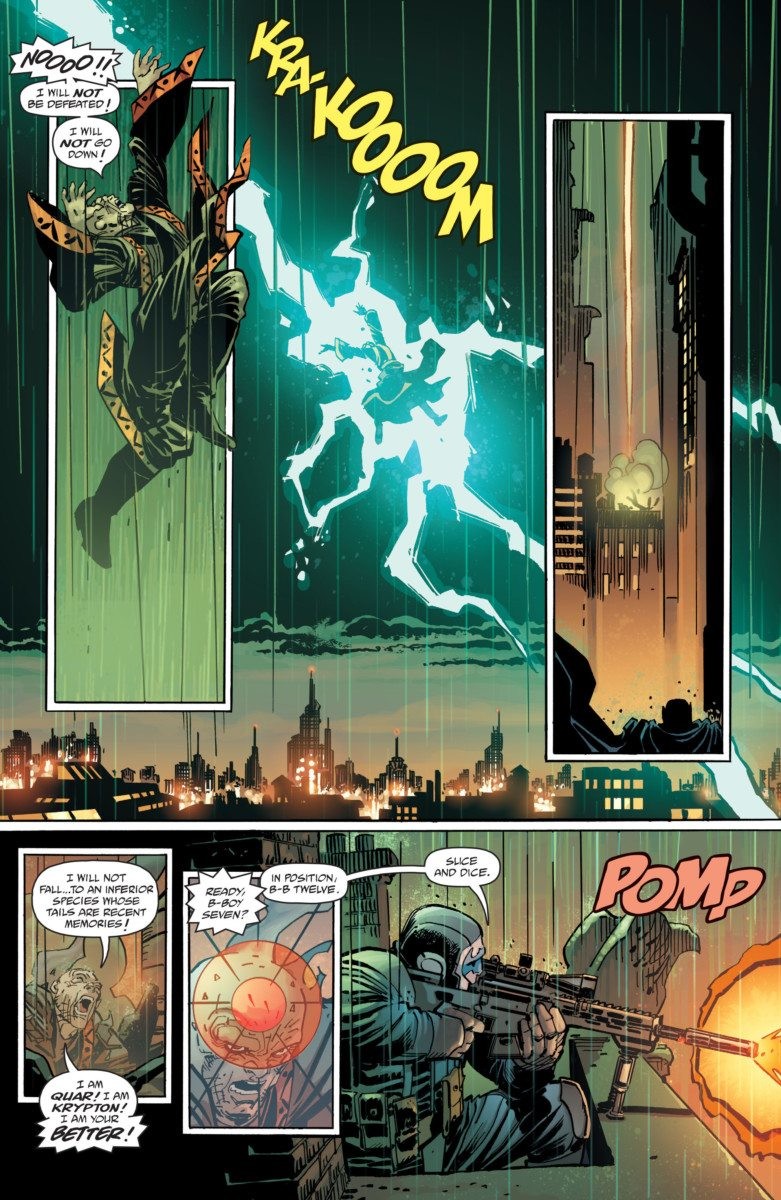 In DK III #4 it was questionable whether human beings even deserved the Earth, but in this issue the new Batgirl, Carrie Kelley, successfully debunks that idea as she fights to reclaim her home from the aliens. Baal underestimates Carrie as she picks up a car to fight a god rather than using superpowers, and it’s really satisfying to see him defeated. The issue confirms that Gotham indeed belongs to its citizens and not the manipulative god-like invaders.

READ: Want to catch up on DK III? Check out our review of DARK KNIGHT III: THE MASTER RACE #1!

Batman still isn’t kicking ass in this saga, which most readers will probably find disappointing. Quar is taken down by Superman, and Batman isn’t happy about it as he thinks he could’ve done it without Clark’s help. Turns out, Batman’s judgment is also quite poor in this issue. At the very end, Batman regrets not letting Superman deal a finish blow to Quar as it gives the villain a perfect opportunity to kill Bruce. The artwork of the last page is very symbolic — as the sun sets in Gotham, a dying Batman is seen begging Superman to inform Carrie about his defeat and not to take him to a hospital. The question remains — is DARK KNIGHT III: THE MASTER RACE supposed to be centered around the Dark Knight at all? Is this the end of Batman? 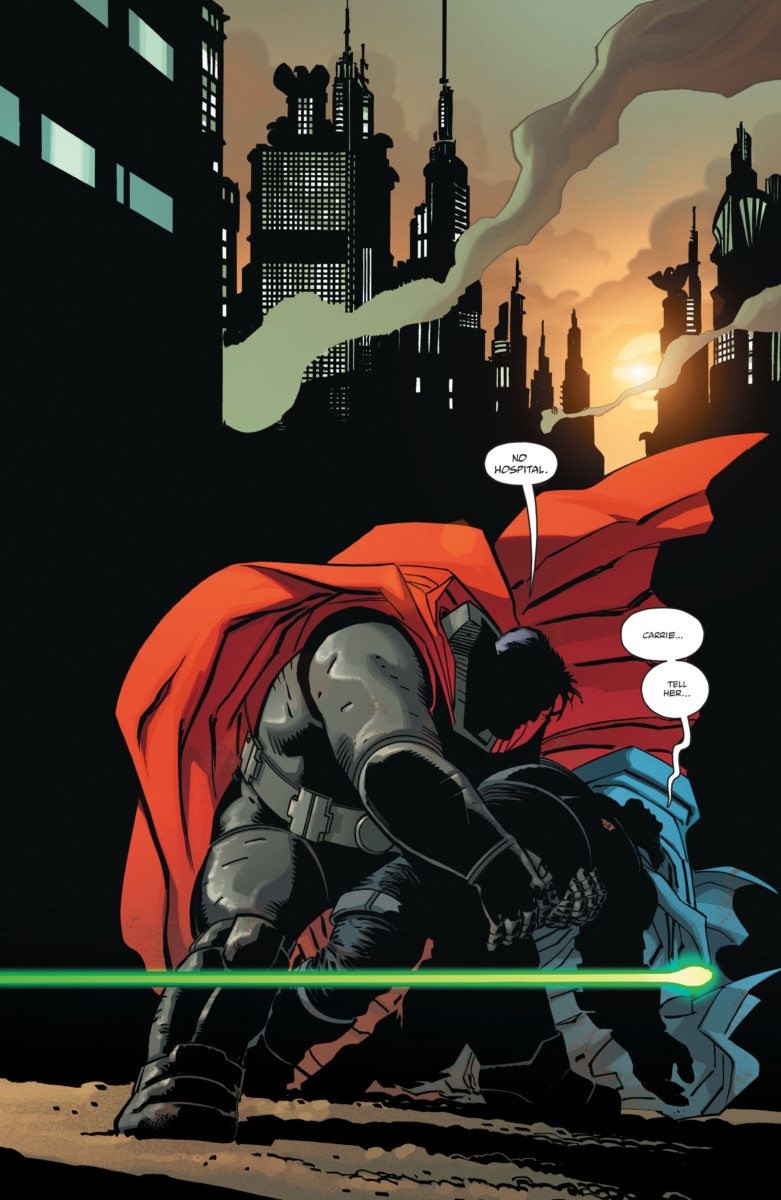 The tie-in, which I enjoyed the most, has an emotional twist. Carrie and Lara are having a thrilling human-versus-alien battle when suddenly Wonder Woman, who happens to be Lara’s mother, appears to teach her child a lesson. The mother and daughter face off against each other, and ultimately Lara is defeated. Wonder Woman, deeply disturbed by her child’s pain, offers her hand to Lara. 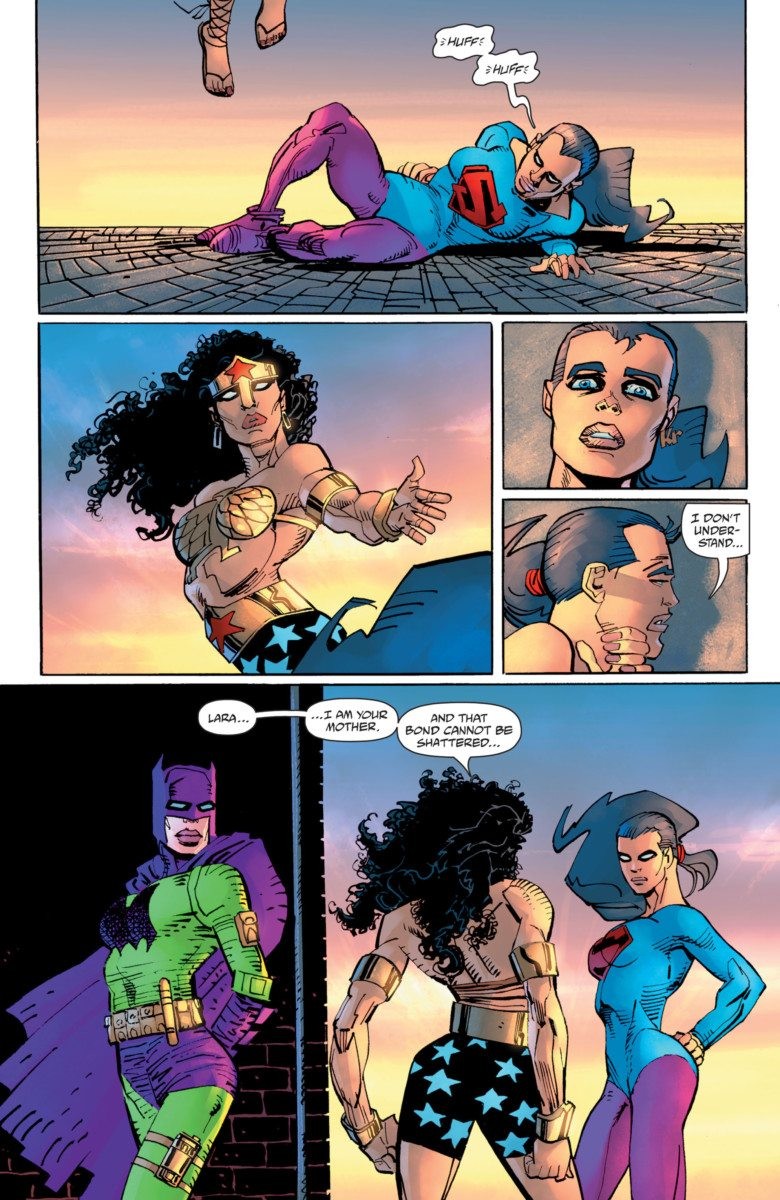 Lara’s eyes are filled with tears of anger and confusion. She knows Wonder Woman believes she failed in raising her daughter. Yet, Diana can’t stand to see her child suffer. This is the first time Lara begins to understand that no love is more unconditional than a mother’s.

READ: Need more Batman? Check out our article on The Batman Gambit!

Although Batman’s lack of involvement has been quite underwhelming, I don’t think this is the end. In fact, I believe it’s only the beginning. I’ve got a strong feeling that in the next issue we’ll get to see the badass return of the Dark Knight. What I would recommend to readers is to not give up on this series. The plot has great potential, and the artwork is magnificent. Keep on reading folks — something exciting is just around the corner!