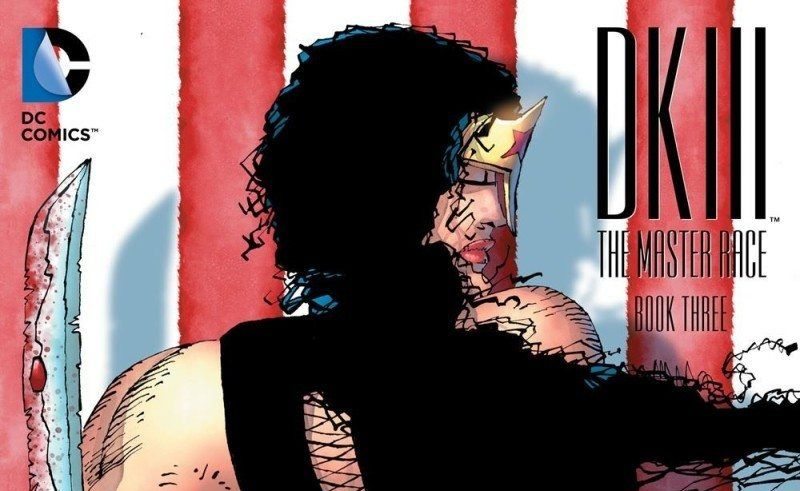 There is only one reaction to THE DARK KNIGHT III: THE MASTER RACE #3 that I can have, and that is an emotional reaction. In my previous reviews, I’ve spoken about the ongoing narrative of Bruce’s only remaining personality being Batman’s. After reading through issue 3 twice, I no longer understand the narrative direction of this story. Who is Batman? Where did the spark go? Why am I so disappointed?

I didn’t want to write a negative review, but it’s becoming increasingly clear that THE MASTER RACE is not a series that should take place in the DARK KNIGHT universe. This is not a Frank Miller title, and, frankly, it no longer feels like a Batman title. While the first two issues of this series held the raw intensity of the first title in the “trilogy,” this third issue takes a cue from THE DARK KNIGHT STRIKES AGAIN. The writing is sloppy and difficult to follow, and the villains, Quar and his Kandorians, are as underdeveloped as the ones in the Marvel Cinematic Universe. While Andy Kubert and Klaus Janson’s art continues to impress, I feel Azzarello is writing a story better fit for BATMAN BEYOND than the DK universe I know and love.

READ: Behind on this series? Check out our review of THE DARK KNIGHT III: THE MASTER RACE #1 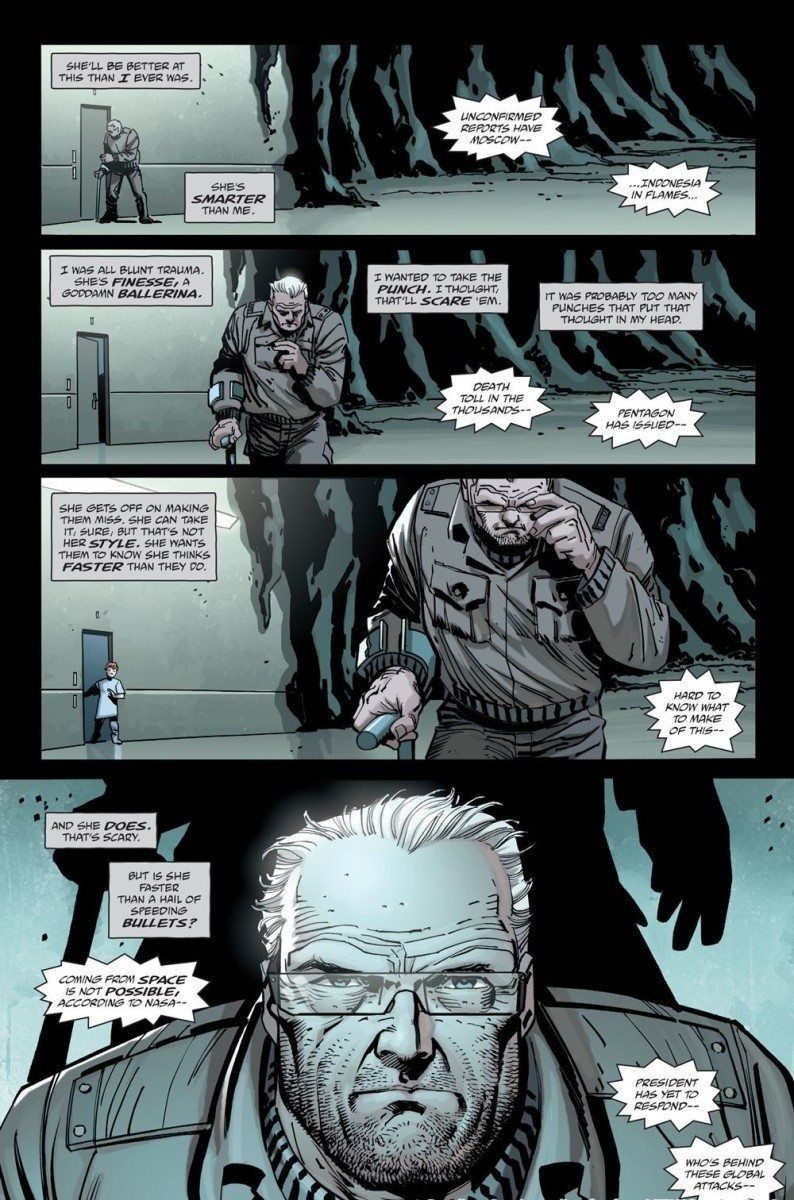 The plot transitions from the last issue well. Quar and his Kandorian kin and followers have the world in fear. Quar has been giving his sons and daughters pills that cause them to go nuclear as they fly into cities, and the world’s leaders have three days to submit to the Kandorians, or else more cities will be destroyed.

On the hero side, we have a sensual Batman reflecting on Carrie Kelly’s growth since becoming Robin in THE DARK KNIGHT RETURNS. This is also the first time we get to see his broken body after the fight with Lex Luthor at the end of TDKSA and, frankly, it’s a bit jarring. The characterization of the Dark Knight is completely off from the prior miniseries and, with the constant references to Bruce Wayne being dead and only Batman remaining, it makes even less sense. The anger and fire that made the original DARK KNIGHT RETURNS so endearing is just gone, and while it is implied that Carrie is beginning to develop those traits, not enough of the issue is focused on her to truly give the reader that impression. 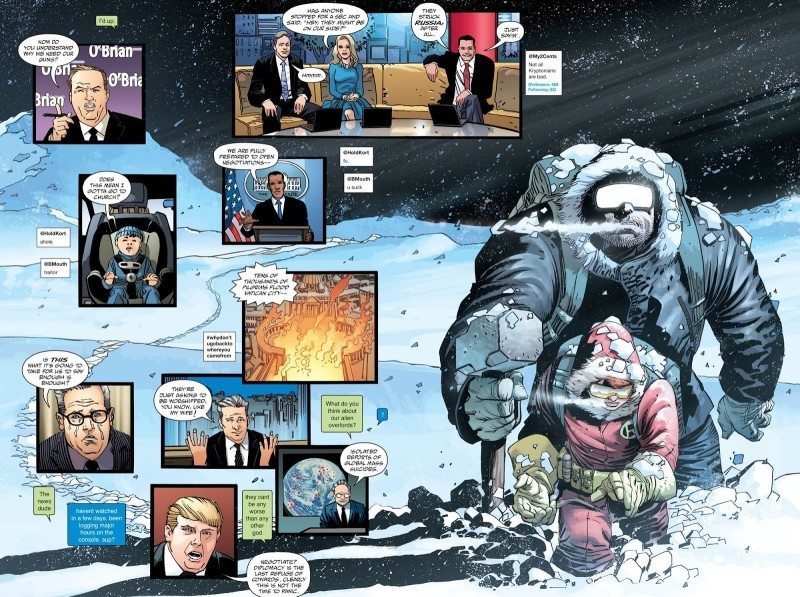 This issue also has Batman and Carrie traveling to the Fortress of Solitude to break Superman out of his self-imposed ice prison and, frankly, it’s a bit ridiculous. Superman’s daughter has been visiting him for years, and he sits there. The first sign of Batman and a hammer, though, and he’s ready to go.

LISTEN: Want to hear more from ComicsVerse? Check out our latest podcast on DEADLY CLASS!

After reading the Green Lantern backup, none of this issue’s plot, even the main story, can be defended. While the pencils by John Romita Jr and inks by Frank Miller had me drooling for more, I still don’t understand what the deal is with Hal Jordan in this universe. Introduced in THE DARK KNIGHT STRIKES AGAIN, the Green Lantern seems to have left Earth to start a family in space with aliens, but it’s such a difficult read that I’m still not sure that’s right. The confusion continues in the mini-comic with Hal going from little green man to kid Green Lantern to looking exactly like Kyle Rayner. Art-wise, it’s gorgeous to look at, but the story is chaotic and only seems to make any kind of sense once his ring and hand is cut off by Quar’s wives, and they end their dialogue in subservience. 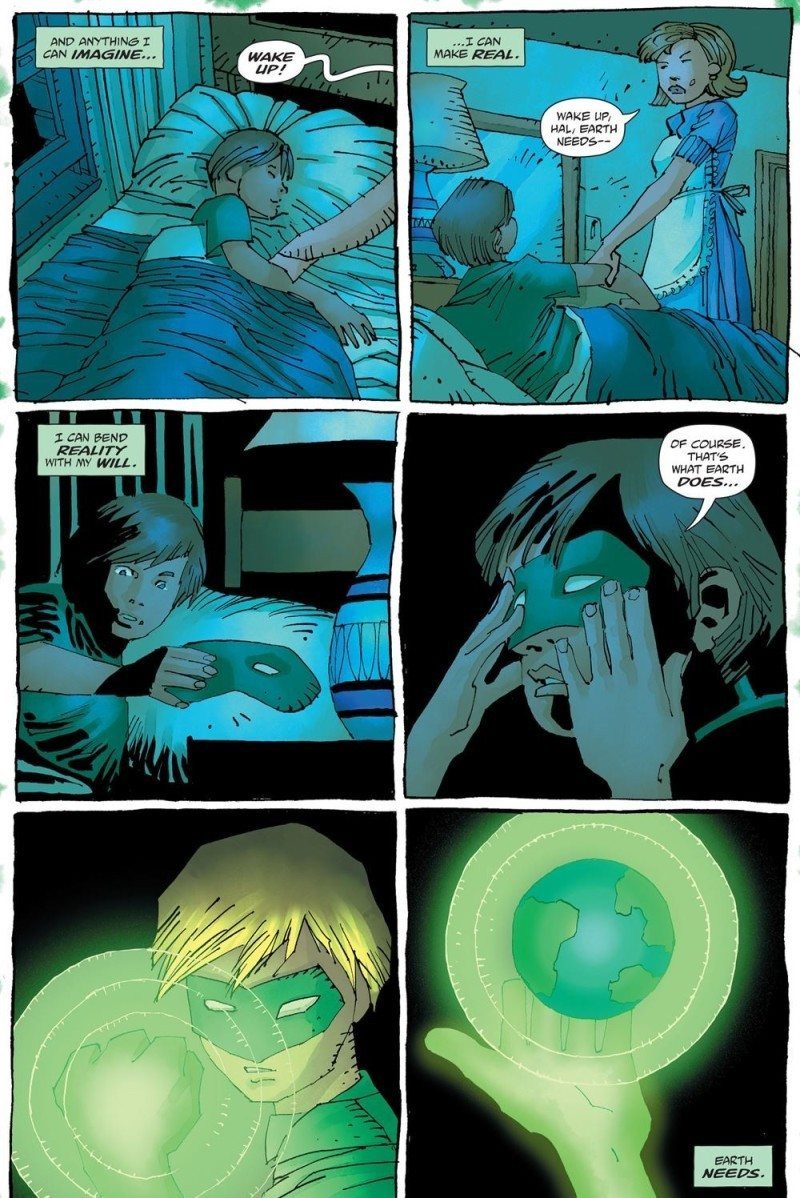 THE DARK KNIGHT III: THE MASTER RACE #3 is not an enjoyable read, but some fans might enjoy it. The first two issues were strong in my opinion, so I have to say I’m going to continue reading the series to see if it regains the fire it started with. If you’re in this series for the art, you won’t be disappointed with Kubert and Jenson,  my new dream creative team. Azzarello and Miller (if he’s even involved in plotting this story) need to gain a better grasp on their plot and their characters to get this series back on track. I really hope they do, and if it means killing off Bruce entirely and putting Carrie in the spotlight, sign me up. The series is currently facing delays that are looking to be worse than this summer’s SECRET WARS, so until then, I recommend skipping this issue and reading your copy of THE DARK KNIGHT RETURNS one more time.