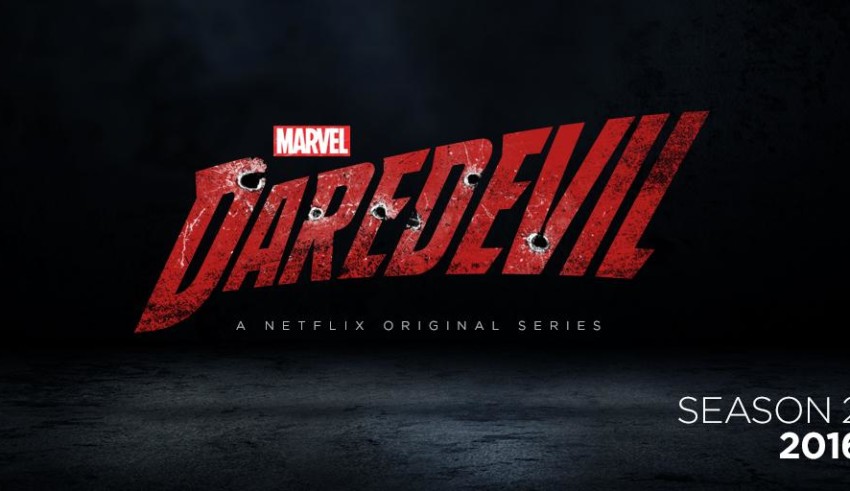 By the grace of a higher power I had the wonderful opportunity to attend the official premiere of DAREDEVIL season 2. I was under the impression it was just an advanced screening, but to my surprise it was in fact the full red carpet premiere, complete with stars and paparazzi. With the exception of standing in a line that stretched around the corner for an hour, the evening was quite magical. Once the folks over at the AMC Lincoln Square let us in, everyone got the royal treatment. We were ushered to our assigned seats by the theater staff, and presented with complimentary bags of popcorn and bottles of coke, sprite, and water . I took one of each. Once my plus one and I were comfortable in our seats, Netflix chief content officer Ted Sarandos gave a great introduction thanking the fans, cast, crew and the head honchos at Marvel that made this all possible. He ended by thanking the fans once again before letting us enjoy not only one, but the first two episodes of DAREDEVIL season 2.

Need a refresher for Daredevil season 1? Check out our retrospective analysis of it!

The first several minutes were perforated by applause anytime Daredevil appeared in full costume, or fan favorites of the returning cast appeared on screen. However, the biggest applause was reserved for the debut of Jon Bernthal’s Punisher. Bernthal controlled the screen every time he appeared with minimal to no dialogue and a presence unlike anything we’ve seen in a superhero television show. Half way through the first episode, we are presented with a room full of Irish gangsters and everyone knew The Punisher’s wrath was coming. The shootout that ensues (despite not actually seeing the lone vigilante) is beautiful and brutal. 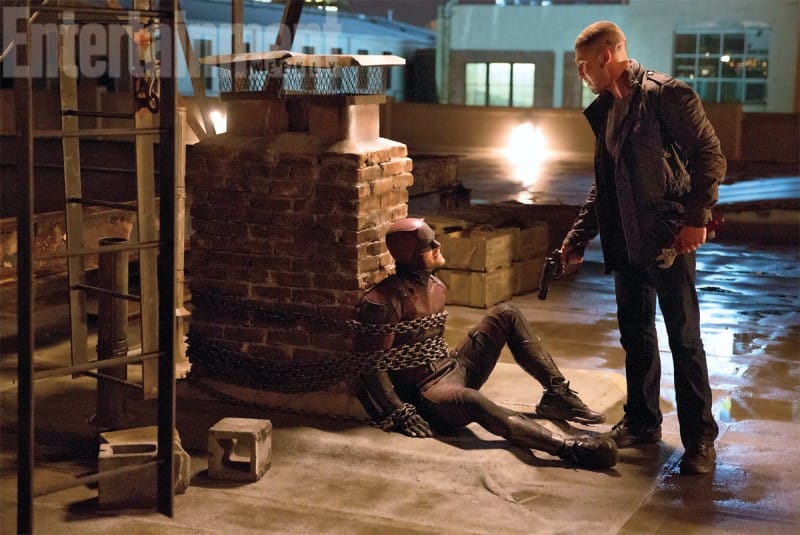 This Netflix version of the character might prove to be the definitive on-screen rendition. This may not sound like a feat when one considers the 3 film versions of Frank Castle, none of which were successful enough for sequels. However, the last time we saw the Punisher he was slaughtering armies of bad guys in Lexi Alexander’s 2008 cult hit PUNISHER: WARZONE. Despite flopping at the box office, many fans hold this version of the Punisher, played expertly by Ray Stevenson, in very high regard. Some fans would even go as far to say that Stevenson’s Punisher was the most comic book accurate version of the character, that is until they get a load of Job Bernthal’s take when the full season drops.

READ: Now that The Punisher is in the MCU, check out our thoughts on it

Charlie Cox delivers as expected in the titular role. Last time we saw him, he had traded in his Frank Miller man without fear ninja costume for an updated version of the classic red horned suit. In season 1 Cox brought this stoic charisma to our red hero. That charisma is still present in season 2, but it’s filled with bravado and swagger that comes from being a more comfortable and seasoned vigilante. Many of the inner conflicts that plagued Murdock in the first 13 episodes are traded in for other just as compelling issues. Without spoiling too much, we see Daredevil deal with issues regarding his senses, issues with his suit, and a more fleshed out conflict between Foggy and him.

As well as the first season was received, both critically and by fans, once we got to the season finale there was some apprehension regarding the suit (something that the poorly received Ben Affleck film got right). Some thought it looked too bulky, a far cry from the tight spandex-like suit Daredevil is known for. Other fans had issues with the coloring, citing that the red looked more like burgundy and there was way too much black in the color scheme. These issues may not be resolved in the first two episodes, but there was a slight tease that perhaps we may be getting a better, more comic-book accurate version of the suit coming in subsequent episodes.

READ: Check out our full review for Netflix’s Daredevil Season 1

The story beats are familiar with Nelson and Murdock taking a case that has much greater implications for our titular hero and his alter ego. The first 2 episodes do a great job of introducing the conflict between Daredevil and The Punisher, but to the chagrin of Elektra fans in the crowd, did not satisfy the promise of the crimson assassin and her organization The Hand. This is probably for the best and speaks to the benefits of Marvel’s Netflix series. With 13 episodes to flesh out new characters and to tell a riveting story, there is no rush to get to the ninja lore that Daredevil stories are known for. 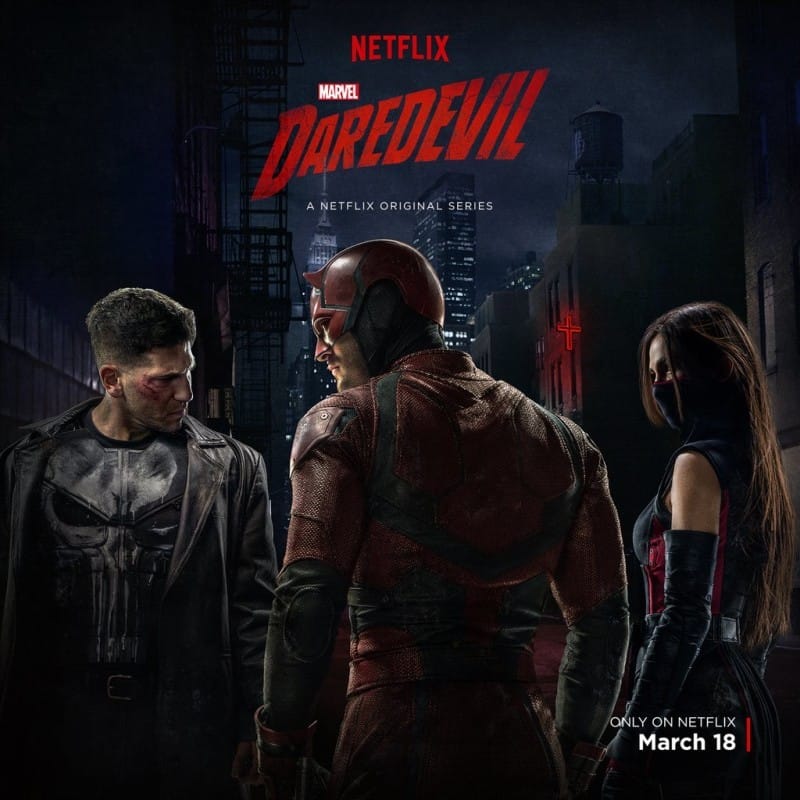 I’m a fan of how Netflix is handling these street level characters and the first two episodes of Daredevil’s season 2 do not disappoint. We finally get the rooftop battles between Daredevil and The Punisher as the source material promised, and we see things between Matt and Karen heat up. The show runners of DAREDEVIL are nailing it with the call backs to the comics, how they handle The Hand and Elektra is yet to be seen, but based on the episodes I saw I’m sure that will be glorious also. Stay tuned for the full review of season 2, coming sometime after it drops on Netflix March 18th.