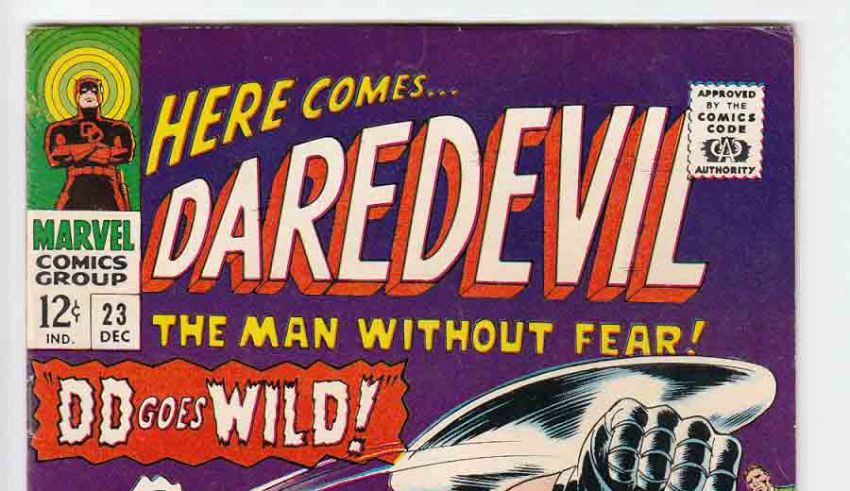 From the start of his superhero career, Matt Murdock has always had an interesting gallery of both rogues and allies. Melvin Potter, the man who makes Matt his outfits in the Netflix series, is one of them. However, he has a history that the show doesn’t tap into. Let’s take a look.

Melvin Potter first appeared in 1966’s DAREDEVIL #18 from Stan Lee and John Romita Sr. Potter was a costume designer who became criminal after he made himself his own super-suit. With his use of deadly wrist blades, he was a frequent enemy of Matt’s, even if he was easily defeated. This is cleverly alluded to in season two of Daredevil when Potter throws a circular saw at Matt. 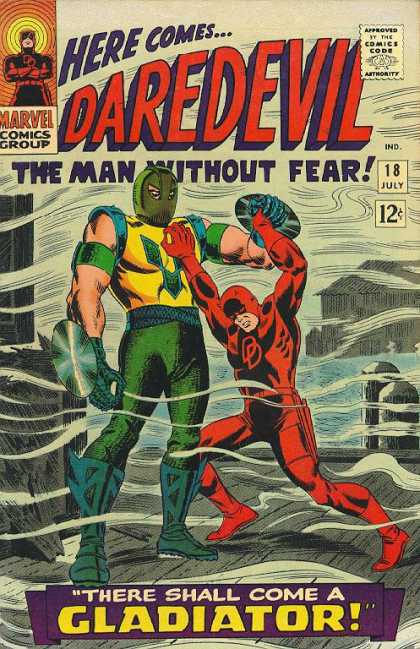 Unfortunately, Gladiator has had a very tortured past. He often finds himself being taken advantage of in many situations due to tortured mental state. Later on, after Daredevil has beat him again, he turns his life around to team up with Matt and Elektra. However, as is the unfortunate reality in the world of comic books, nothing good can last.

READ: Check out our review of season two of Netflix and Marvel’s DAREDEVIL!

In what is probably his most tragic moment, he was blackmailed into betraying Daredevil by Alexander Bont, who convinced him he had a daughter he had never met. In order to save her, he turned Matt in. However, in the end, Matt prevailed and Potter found himself back in prison.

Gladiator’s greatest arc lies within the DAREDEVIL series written by Brian Michael Bendis and Alex Maleev in the early 2000’s. They were able to make the readers sympathize with a man being taken advantage of. Bendis and Maleev took an older character and smoothly brought him in to the modern comic universe.

Potter has no “superpowers,” per se. However, his innate ability to design costumes affords him a lot of opportunities. He wears a lot of body armor and uses his martial art skills to fend off the likes of Daredevil and other ninja-esque inhabitants of Hell’s Kitchen.

Today, Melvin is back in prison. After being coerced by bad guys for all those years, his mental instability is his defining factor. Thanks to his resurgence in the television series, it is now entirely plausible he will find his way back to the mainstream Daredevil comic soon.