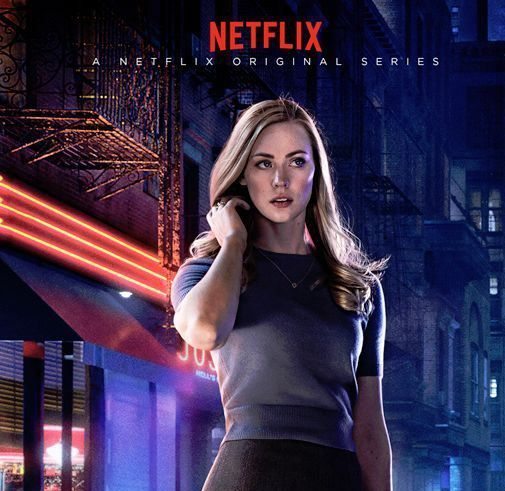 A hero is only as strong as his friends, and those are something Daredevil has plenty of. In the Netflix series, Karen Page is rescued by Matt and Foggy and, in turn, becomes the secretary of their law office. Over the course of two seasons, she becomes a full-fledged hero, never afraid to investigate or tip-toe over the line to help out a case. Where did she begin, though? Let’s find out.

Love DAREDEVIL? Check out our spotlight on his costume designer, GLADIATOR!

Karen has had a colorful comic book history. She first appeared in 1964’s DAREDEVIL #1 by Stan Lee and Bill Everett. Karen was hired by Foggy to serve as the secretary for Nelson and Murdock: Attorneys at Law much like in the television series. From the very beginning, Karen fancied Matt and the two started a relationship that would serve as a backbone for the comic series for a long time. 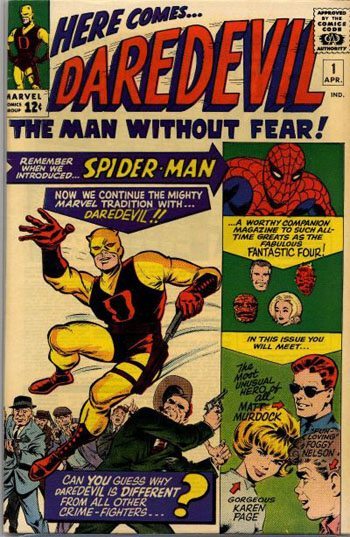 Karen cared deeply about Matt, and as a result she often looked for a cure for his blindness (not knowing that he could see in other ways). When Matt refused, she was angry and could not understand why he didn’t want to be cured.

As time went on, the relationship between Karen and Matt Bred frustration, culminating at the funeral for her father, who had become the villain Death’s Head. When Matt revealed his identity to her in DAREDEVIL #57, he vowed to put away his mask and give up the life of a hero to marry her. As always, though, Matt couldn’t stay away long enough and when he once again became Daredevil, Karen packed her bags and moved to California. Throughout the next few years, Karen spent time trying to find success as an actress. However, as she failed to find starring roles, she fell into drug addiction and stooped to making adult films for money.

In BORN AGAIN by Frank Miller, Karen, desperate for a fix for her drug addiction and tired of failing to find success, sold Daredevil’s identity to some shady characters that would eventually give the information to Wilson Fisk. Despite this turning Matt’s world upside down after he lost his legal license as a result, he forgives Karen back in the end, vowing to help her. 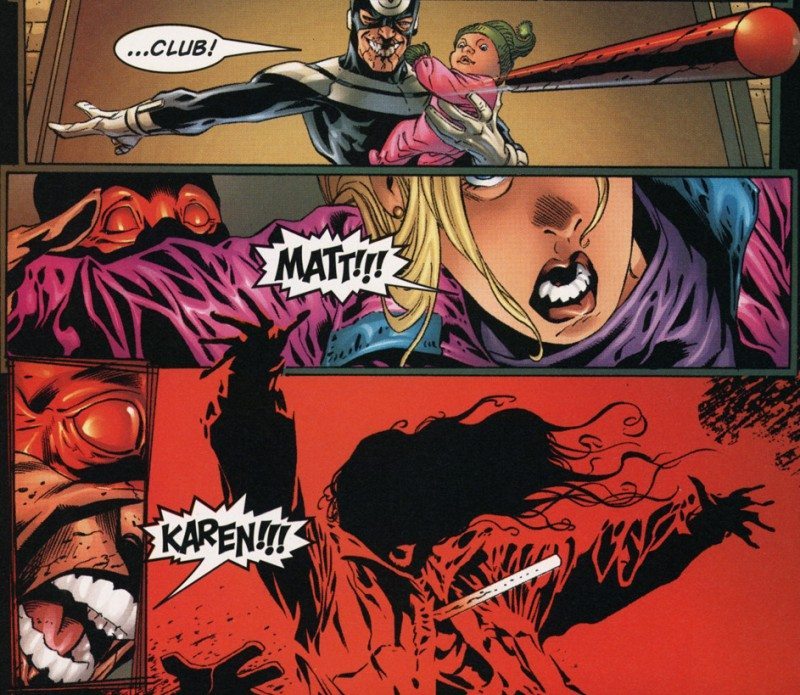 Karen was a mainstay in Daredevil comics from this point on, having several jobs and being a figure in Matt’s life. However, in the late 90’s, Karen was killed. After accepting a job as a radio host in LA in the beginning of DAREDEVIL vol. 2, Karen was influenced by Mysterio and went back to New York. After a fight with Bullseye, she was killed saving the man she loved. Thankfully, in the wake of tragedy, Matt was able to rebuild Nelson and Murdock.

Karen was first seen and drawn as a “goody two-shoes” type character when she first debuted. She was, in some ways, the Gwen Stacy to Daredevil’s Spider-Man. Over the years, she developed into a dark character and by the end of her life was a tragic figure in the Marvel universe.

Big fan of the Netflix series? Check out our review of season two!

Karen’s influence is still felt today, as she is often remembered by Matt as one of the most important figures in his life. All heroes have people they love. Unfortunately for Daredevil, Karen was gone too soon.